Fans have taken to social media to mock the German national side, after a free-kick that saw six players standing in offside position.

Germany clashed with Spain the only match of the group stage that saw two former World Cup winners paired against each other, in a game the German’s needed something from following their surprising opening loss to Japan.

When awarded a free-kick early in the second half, Hansi Flick’s side somehow managed to allow six players to be in an offside position when the cross was floated into the box.

Fans responded to the free-kick failure to question Germany’s knowledge of the laws of the game, with two fans simply tweeting ‘Does Germany not know what an offside is?’.

Another pointed out they may need some freshening up in the attacks by posting ‘Someone teach Germany the offside rule please.’ While another wanted to crown the Germans by saying ‘Germany is the just the king of offside init’.

Other fans just fell about laughing at Germany’s inability to navigate Spain’s offside trap and posted ‘ Every single Germany player ran offside. They all fell for the offside trap’, a tweet that was accompanied by a string of crying with laughter emojis.

Despite the offside gaff, the German’s did manage to rescue a point from the game. Alvaro Morata had put Spain in the lead just after the half hour mark, but the game was levelled with seven minutes to go thanks to Germany sub Niclas Fullkrug.

It means Germany need to beat Costa Rica on Tuesday and hope that Spain defeat Japan to make sure they progress to the knockout stage. 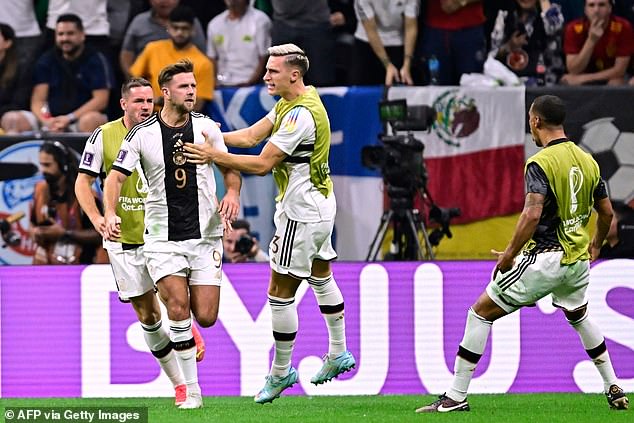