Fans fume after Brazil have THREE goals disallowed against Venezuela

‘Ruining football’: Fans fume after Brazil have THREE goals disallowed, two of them by VAR, during goal-less Copa America draw with Venezuela

VAR stole the show as Brazil and Venezuela drew 0-0 at the Copa America on Tuesday night.

Brazil found the net three times, but all of their goals were disallowed — two upon the advice of the video assistant.

Liverpool forward Roberto Firmino was involved in all three of the non-goals. 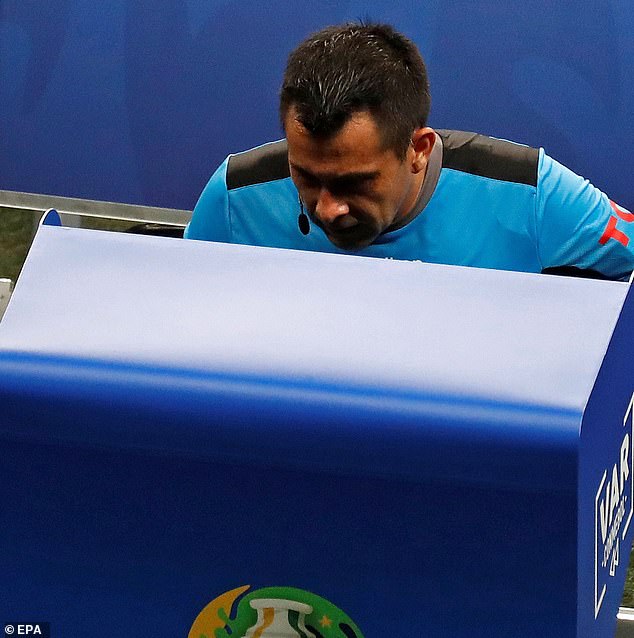 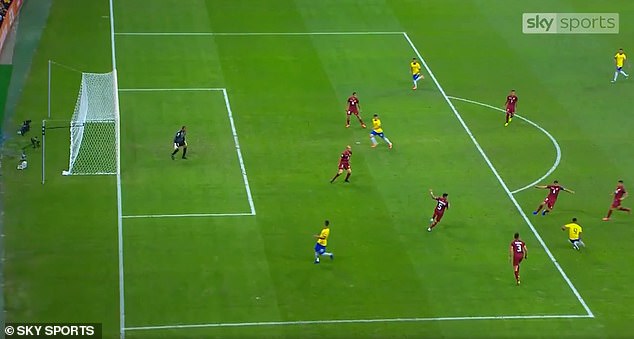 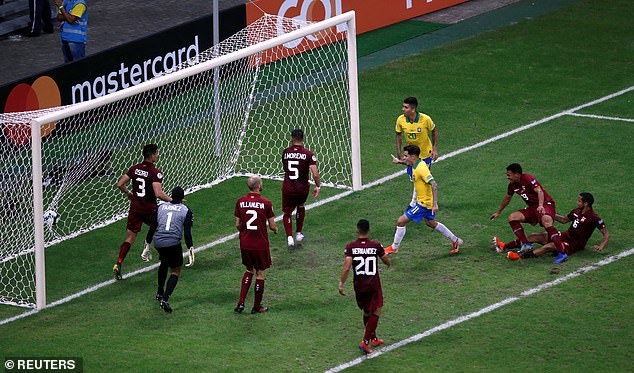 Firmino fired home in the first half but the referee called a foul. VAR then ruled out a Gabriel Jesus goal because Firmino had been offside when he received the ball to cross for the striker.

And Philippe Coutinho thought he had won the game late on for Brazil only for VAR to spot that Firmino had been marginally offside when his former Liverpool team-mate’s shot brushed him on the way in.

Brazil coach Tite did not complain about any of the decisions in his post-match press conference as he said: ‘VAR was correct.

‘I have absolutely nothing to demand. We got justice. They made the right call with both goals.’

But many fans on Twitter were much less satisfied with how VAR had been used.

Mikey Welsh fumed: ‘VAR is ruining football. Fed up of it already. Shambles. Brazil have had 2 goals ruled out.’

Another user wrote: ‘Have to stop this madness before the game loses the core value.’

Multiple other accounts on Twitter reacted with humour by sharing memes.

Despite their disappointment at missing out on three points, Brazil are guaranteed a place in the knockout phase. They thrashed Bolivia 3-0 in their first match.

After Sky Sports shared match highlights, one Twitter user replied: ‘Have to stop this madness’

An angry Mikey Welsh said on Twitter: ‘VAR is ruining football. Fed up of it already. Shambles’