She unveiled the results of her early weight loss on Instagram, telling fans she had already lost five pounds in 12 days.

And Charlotte Crosby’s followers rushed to compliment the star on her incredible new look, after she posted a snap of her new figure in a very tight red minidress.

The 27-year-old left little to the imagination in the racy number, which the star wore for a Valentine’s Day-themed photoshoot.

Jaw-dropping: Charlotte Crosby unveiled the incredible results of her five pound weight loss on Friday, posting a snap in a skintight red dress on Instagram  – she claims it took her 12 days

Charlotte captioned the post: ‘Shooting a very exciting valentines campaign with @inthestyle But being single i’ve decided to give you girls an early ‘galentines’ gift from me!!’

The gorgeous star teamed her look with a matching statement red lip, along with a dramatic smoky eye and brows look, with her chocolate brown tresses poker straight.

Fans could not hold back their compliments for the stunning Geordie Shore star, with one saying she looked ‘better than ever’ in her new darker tresses.

Gushing: Fans rushed to comment on Charlotte’s snap on how amazing she looks, with one saying she looked ‘better than ever’ 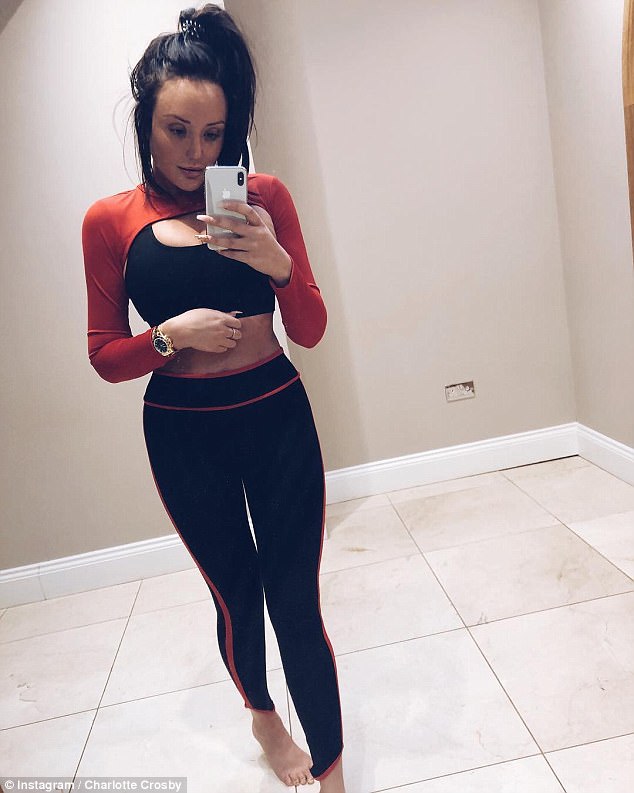 Charlotte unveiled the first results of her weight loss on Thursday, posting a snap in skintight gymwear.

She captioned the post: ‘day12 of #30DayBlitz smashed 5 pounds down.’

The former Geordie Shore star recently admitted she wanted to ‘shape up’ following her split from Bear, speaking on This Morning about her plans for the future. 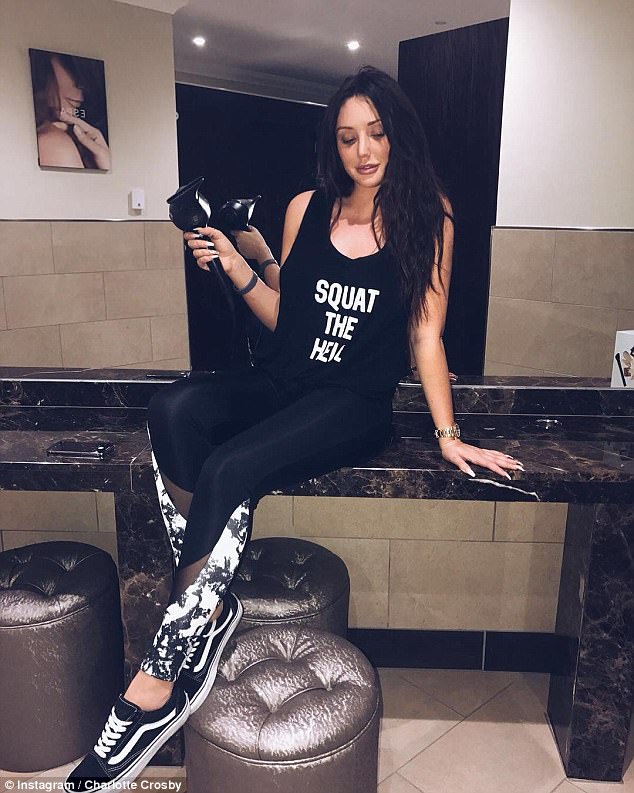 Moving forward: Charlotte recently revealed she was on a mission to ‘shape up’ following her split from Stephen Bear

She said: ‘You have to turn it into a positive, to look the best you can look to get back at them, so they are looking at you going “How did I let them go?'”

The TV personality also revealed she had undergone a secret boob job in November after online trolls cruelly labelled her breasts ‘deformed’.

Charlotte is also no stranger to weight loss struggles, after unflattering bikini snaps in 2014 spurred the star to lose two-and-a-half stone and four dress sizes. 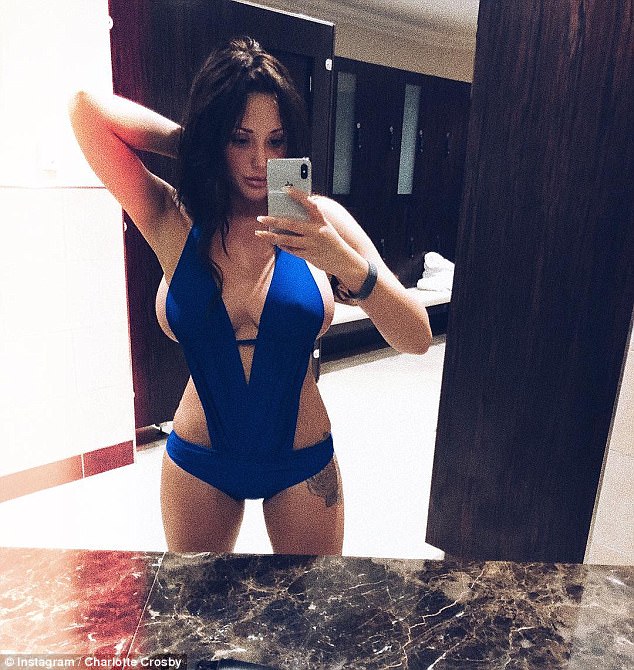 Sensational: Charlotte has also revealed that she had a boob job in November after trolls left nasty comments on social media labelling her breasts ‘deformed’

The beauty unveiled her new look in 2015 during an appearance on This Morning, after she admitted to drinking pints of Irish cream Baileys.

She said: ‘I’ve changed my lifestyle to be healthier. I still drink but I’ve cut it down, I used to have pints of Baileys, I loved it.

‘Before I didn’t do any exercise. I did not want to go to gym, I felt intimidated as I didn’t know what I was doing and I felt like people were staring at me.’