A new mural painted to celebrate Cristiano Ronaldo’s homecoming at Manchester United has been savaged, with the superstar’s likeness even compared to an infamous soap character by social media users.

The design has been created outside The Trafford pub in the city centre, a popular pre-match spot for supporters before they head across to United’s ground – meaning it has already received attention, both good and bad.

Indeed, Ronaldo’s drawing looks like Pat Butcher from EastEnders, fans have claimed, although it is only ‘missing the earrings’. 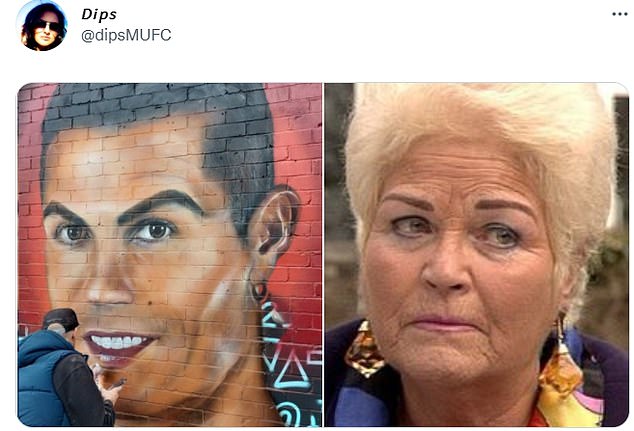 ‘Is it me or does that “Ronaldo” mural look more like Pat Butcher?’ one user asked on Twitter. ‘Just missing the earrings.’

They are far from the only person to have made the connection, and photos of the painstaking bust of Ronaldo’s face from 2017 have also begun to circulate, too.

The bust in question, which was sculpted with the veteran’s face appearing bizarrely crooked, has even been superimposed over the new mural in a comical swap.

The statue, at unveiled at a Madeira airport, caused hysteria around the world before it was eventually replaced with an improved piece. Ronaldo himself was reported to have been angered by the initial representation of the bust. 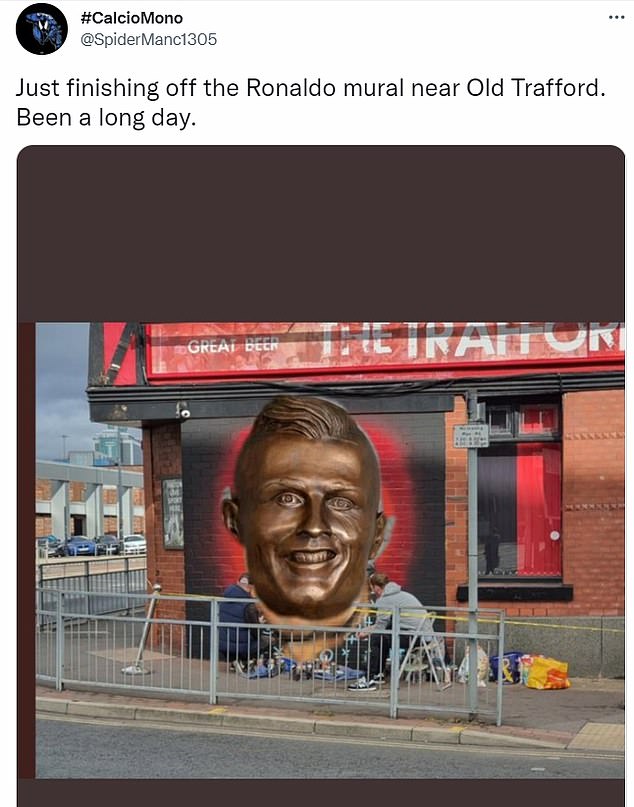 On the pitch, however, Ronaldo has certainly been impressing since making his emotional return.

The Portuguese superstar has already racked up four goals in three matches since returning to the fold.

The five-time UEFA Champions League winner scored on his return to European competition with United, netting the opener against Swiss side Young Boys in Bern.

As well as ranking first in goals scored for United (3), he also tops the charts for expected goals (3.24 xG).