‘That has to be a record’: Fans in disbelief after Iran goalkeeper Alireza Beiranvand’s incredible 70-YARD THROW in Asian Cup game against Iraq

Manchester City’s Ederson may have earned himself a reputation for his brilliant distribution from the back, but there is an Iranian goalkeeper who might have topped him.

The Brazilian is known for his twinkling feet and hammer left foot, which saw him break the Guinness Book of Records for longest drop-kick last May, but imagine a keeper who could throw it just as far. 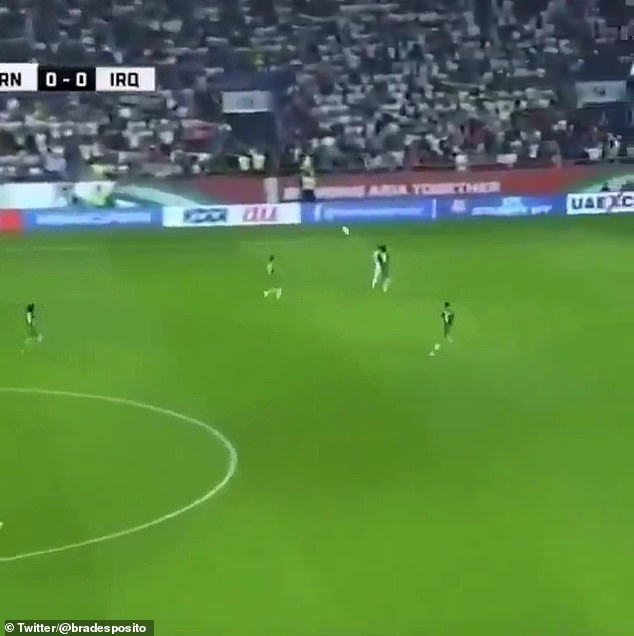 The Iran keeper grabbed the headlines in his country’s 0-0 draw against Iraq on Wednesday evening in their Group D clash in the Asian Cup.

But it wasn’t for possessing David de Gea-like reflexes or for making a string of superb saves to keep the scores goalless, it was for throwing the ball over 70 yards.

The 25-year-old, who became the first goalkeeper in history to save a World Cup penalty from a Portuguese player last summer – denying Cristiano Ronaldo – displayed his incredible ball launching skills on several occasions during Wednesday’s match.

One in particular wowed fans and has been dubbed the longest ever in football history after Beiranvand’s throw soared way into the opposition’s half and found a team-mate to set up a counter-attack. 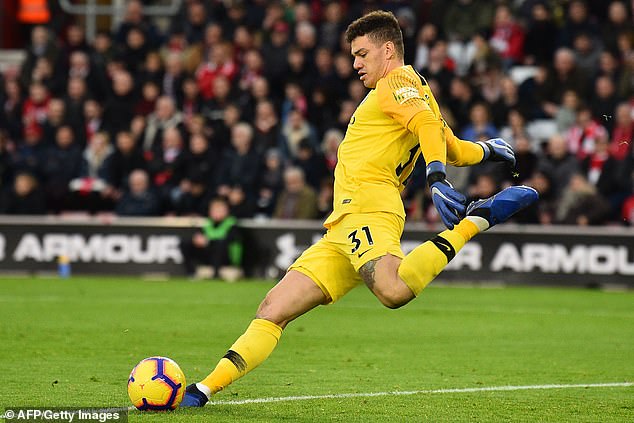 Ederson has a hammer left foot and great distribution, but Beiranvand may have outdone him 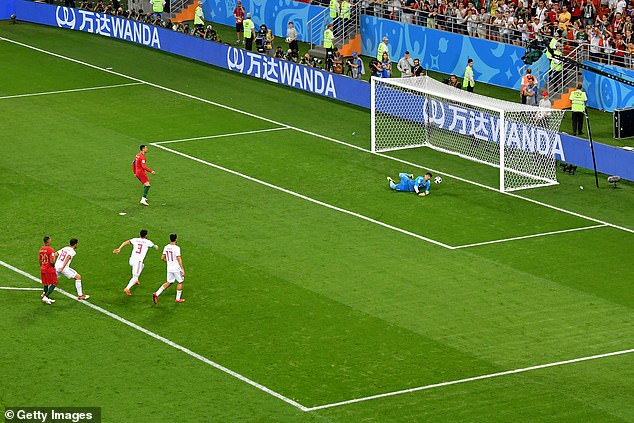 ‘That has to be a record,’ one fan wrote on Twitter. Another user said: ‘Mental! He’s playing the wrong sport. Should focus on discus!’

Beiranvand’s rags-to-riches story went viral in the summer. The keeper ran away from home as a youngster and temporarily lived on the streets to pursue his dream of becoming a professional footballer.

He worked in a dress factory, a car wash and as a street cleaner before eventually making it.

Now, his long throw could make him a star and will undoubtedly be a useful weapon for Iran, who topped Group D with Wednesday’s draw and await to find out who they will face in the last 16 of the Asian Cup. 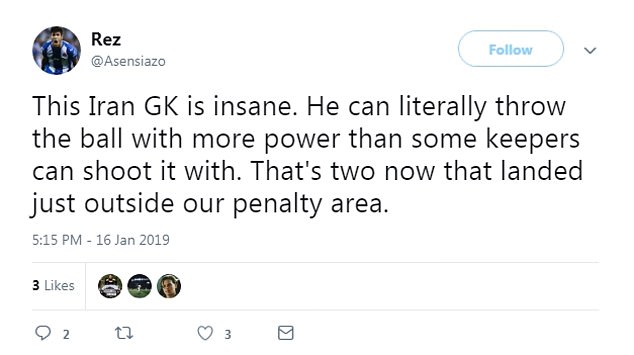