Canelo Alvarez has been mocked by a number of boxing fans, who joked the ‘frustrated’ Mexican wanted to body slam Dmitry Bivol after being largely outclassed during his one-sided title defeat on Saturday night in Las Vegas.

The pound-for-pound No 1 was typically relaxed as he made his way to the ring at the T-Mobile Arena, but he soon became increasingly frustrated as a disciplined Bivol executed his game plan to perfection to retain his WBA (Super) light-heavyweight title.

A legacy-hungry Canelo, who blasted through the super-middleweight division to become the undisputed champion last year, ultimately fell short in his latest conquest, with all three judges scoring the bout 115-113 in Bivol’s favour. 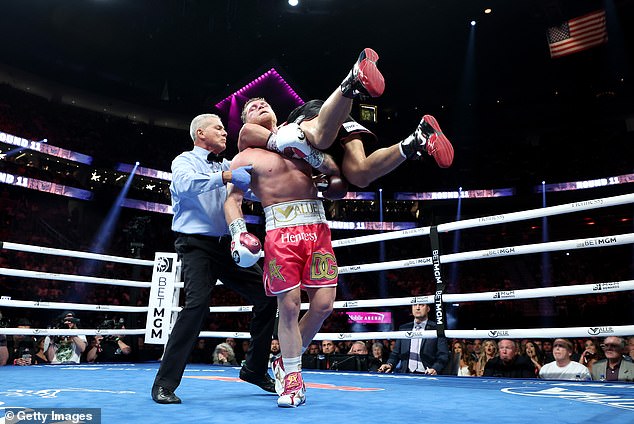 Canelo was supremely confident prior to the fight, already eyeing up a September showdown against Gennady Golovkin in an enticing trilogy bout and even talking up a heavyweight encounter against unified champion Oleksandr Usyk.

Even despite climbing up to light-heavyweight – where he claimed the WBO belt in 2019 with victory over Sergey Kovalev – the four-weight world champion was the overwhelming pre-fight favourite to add another belt to his stacked collection.

Any thoughts of an easy night were swiftly abandoned, however, as Bivol – who at 6ft possessed a significant height and reach advantage over a 5ft 8in Canelo – built up an early lead behind the jab.

Canelo enjoyed brief moments of success, with the uppercut his most accurate shot, but ultimately scores of 115-113 flattered the Hall of Famer, who was out-landed in all 12 rounds. 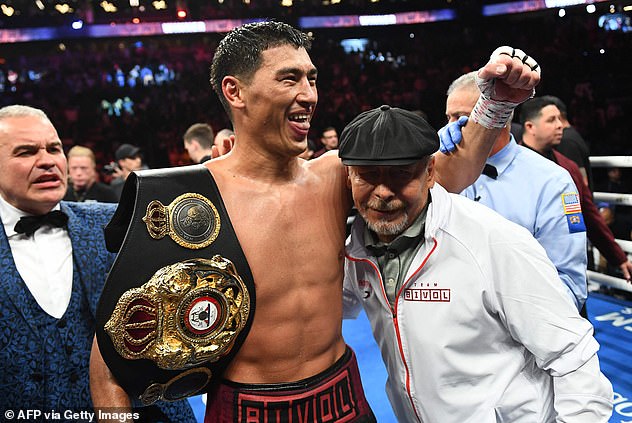 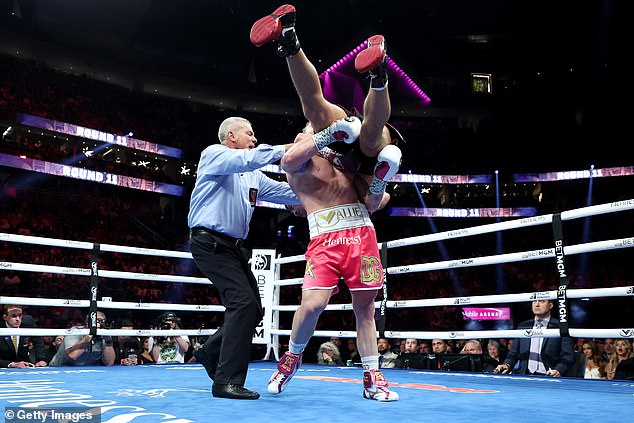 Fans joked Canelo wanted to body slam Bivol, such was the one-sided nature of the fight

The Mexican continually dropped his hands as if to beckon Bivol onto a big punch, but the fleet-footed Russian largely remained out of range and was untroubled throughout.

Clearly growing increasingly weary as the fight progressed, Canelo showed his biggest sign of frustration in the penultimate round, when he lifted Bivol onto his shoulders during a clinch.

A number of fans subsequently took to social media to mock the pound-for-pound star, insisting the move showed where his mind was at.

One fan wrote: ‘Canelo resorting to a fireman’s carry, wanting to slam Bivol to the mat like it’s Wrestlemania. Man is frustrated.’

Another took to Twitter to write: ‘Is this Dancing with the Stars? Canelo has a cute little lift, carries Bivol halfway across the ring before putting him down.

‘He got whooped so he decided to lift him up,’ another fan wrote.

For Canelo, the defeat was just the second of his 61-fight career, and the first since losing to Floyd Mayweather Jr back in 2013 when he was just 23 years old.

The Mexican remained defiant following the surprise loss, insisting he will be back with a vengeance.

‘Boxing is like that, sometimes you win and sometimes you lose, but always with your head held high,’ he wrote on Twitter. ‘I stay with the great fight that we offered to the people.

‘We will fight again and we will win again.’ 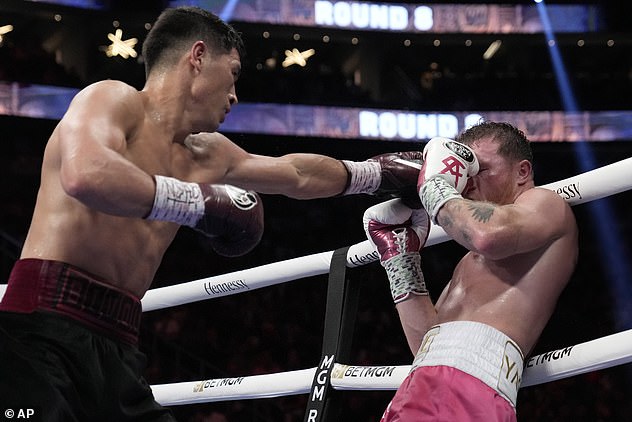 The Mexican was comprehensively outfought, with all three judges scoring the bout to Bivol 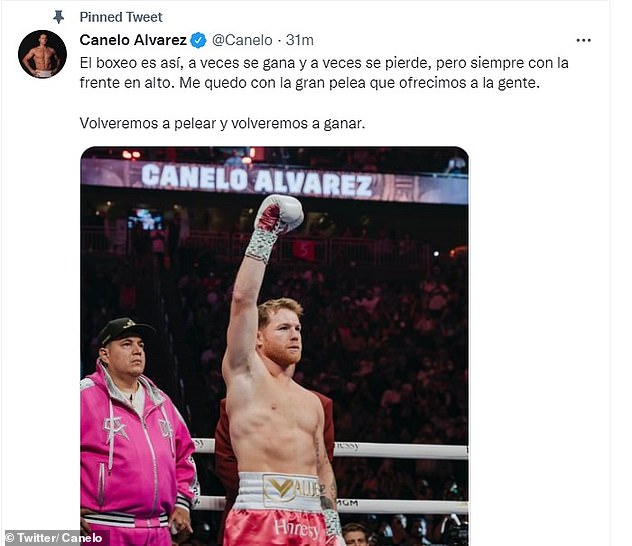 Canelo has now issued a defiant response on social media, insisting ‘we will win again’

Canelo, despite being out-hustled and outclassed, also in the immediate aftermath insisted he will imminently activate a contractually-agreed rematch clause.

‘He’s a great champion,’ Canelo said of Bivol in the ring after the fight. ‘Sometimes in boxing, you win. Sometimes you lose. Not making excuses. I lost today and he won.

‘He’s a really good fighter. He’s a fighter that comes in and comes out. I also felt his power. I think it was good fight. I felt like I maybe did enough to win the fight but that’s boxing.