‘Man left the ball in 2017’: Fans mock Romelu Lukaku’s first touch during Champions League clash against Young Boys… after the Man Utd striker admitted he needed to work on it ‘every day’

Romelu Lukaku has faced criticism from all angles this season, and one moment in Tuesday’s Champions League clash with Young Boys hasn’t done him any favours.

In a display of strength which left one Young Boys player sprawling on the pitch, Lukaku looked to be away. However, his touch let him down and he completely left the ball behind.

Lukaku detractors were quick to point out his errors on Twitter, piling extra embarrassment on the Belgian. 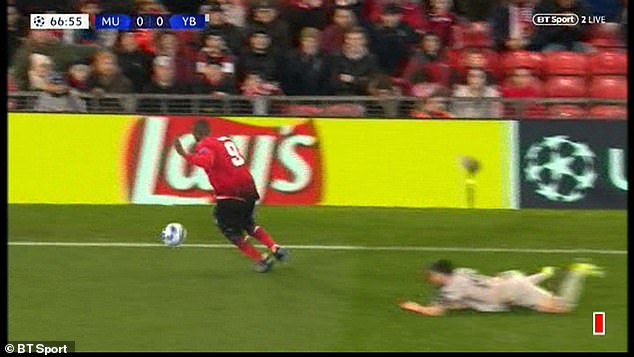 Lukaku left Loris Benito on the deck, and looked to have some clear space to run the ball into 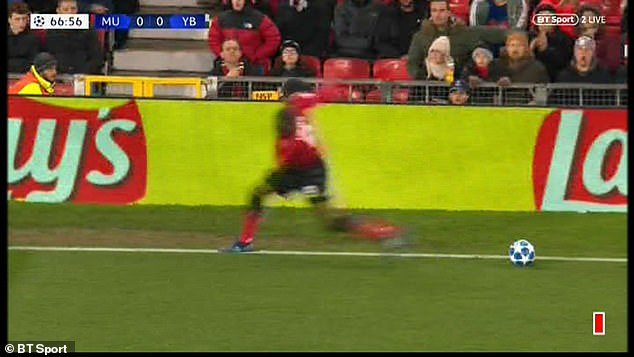 However, Lukaku’s touch failed him as he tried to run away leaving the ball yards behind him 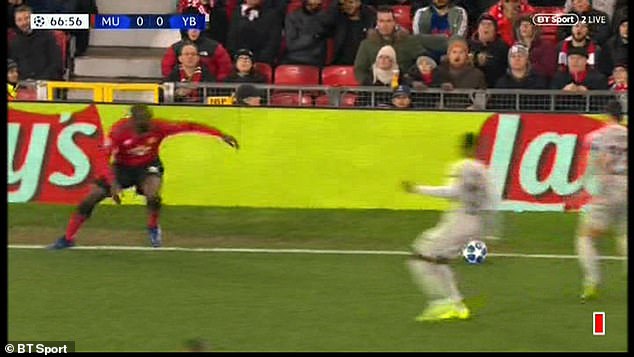 Lukaku recently hit back at criticism from Paul Scholes about his physique, saying: ‘Yeah that’s some BS. I’m one of the strongest players in the league.’

However, Lukaku did admit that he has to work on his first touch every day, and that his lack of goals is frustrating.

‘He’s improved his first touch but needs to work on his second, third and so on,’ said another Internet commenter. 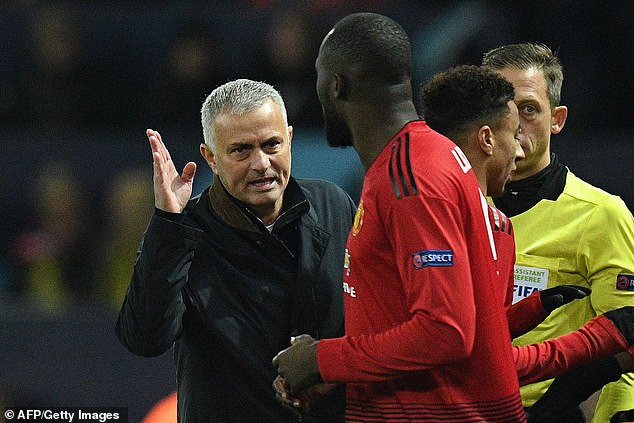 Meanwhile, someone else said: ‘I haven’t played football in like seven years but I’m almost 100% sure my first touch is better than Lukaku’s.’

Another is hoping for more misses for Lukaku so someone can add them to a creative video next year, saying: ‘Someone needs to make a Lukaku first touch montage at the end of the season. Please.’

So far this season Romelu Lukaku has scored four goals in 12 matches in the Premier League, and hasn’t registered any assists. He’s been even less effective in the Champions League, without a single goal to his name.

Lukaku’s lack of production has contributed in part to Manchester United’s current woes, as they currently sit down in seventh place in the league.

However, they have managed to be successful in the Champions League despite Lukaku’s frustrating performances. Maruoane Fellaini’s late winner against Young Boys on Tuesday sent them through to the next round of the competition along with Juventus.