‘He was ready this time!’: Fans praise Alisson for being a quick learner as Brazil keeper saves dangerous free-kick from Lionel Messi… just two months after Barcelona forward struck an almost identical one against him!

He may have gone on to win the Champions League last season, but it seems goalkeeper Alisson Becker learned a few crucial lessons along the way.

With the memory of Lionel Messi’s simply ridiculous Nou Camp freekick still etched into his mind, Alisson made amends in sensational style by denying the Argentine maestro and crushing his Copa America dream.

With the scoreline finely poised at 1-0 to Brazil in the semi-final, Messi placed down the ball in an identical situation to his Barcelona goal against Liverpool, and whipped a scorching effort over the wall… only this time Alisson knew exactly what was coming. 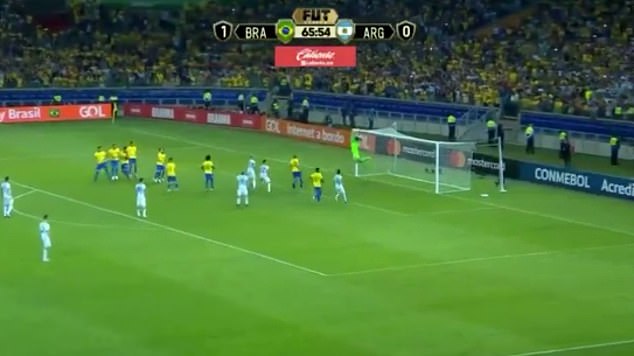 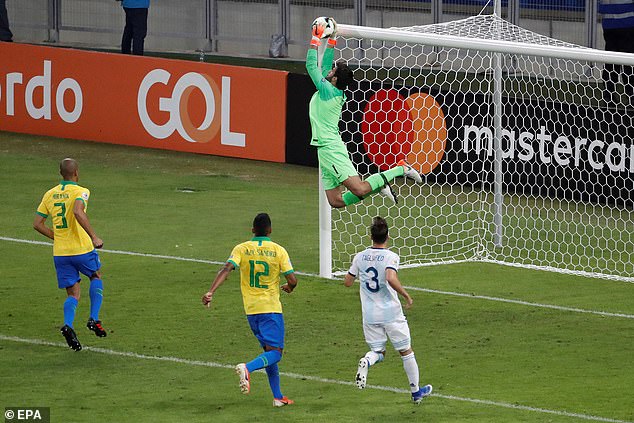 The Liverpool man soared into the corner of the net and plucked the ball out of the air, keeping a tight grasp and easing the nerves of his defenders.

Alisson’s reactions did not go unnoticed, and social media was soon awash with fans noting how the shop stopper had learned from the past.

‘He was ready this time,’ remarked one supporter on Twitter, before going on to note the Brazilian’s calmness in strutting out with the ball thereafter. 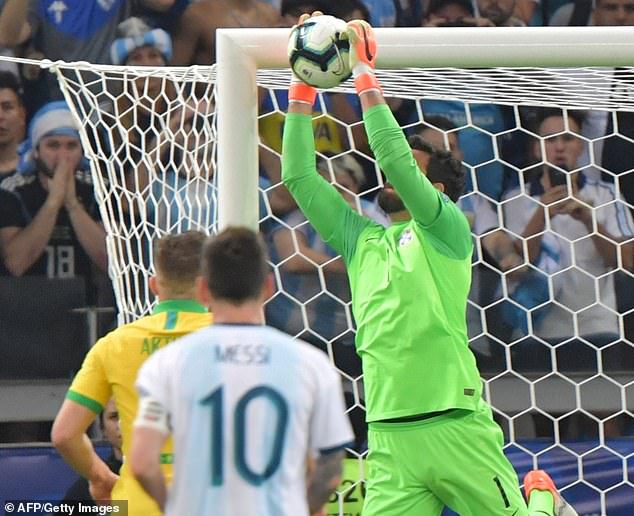 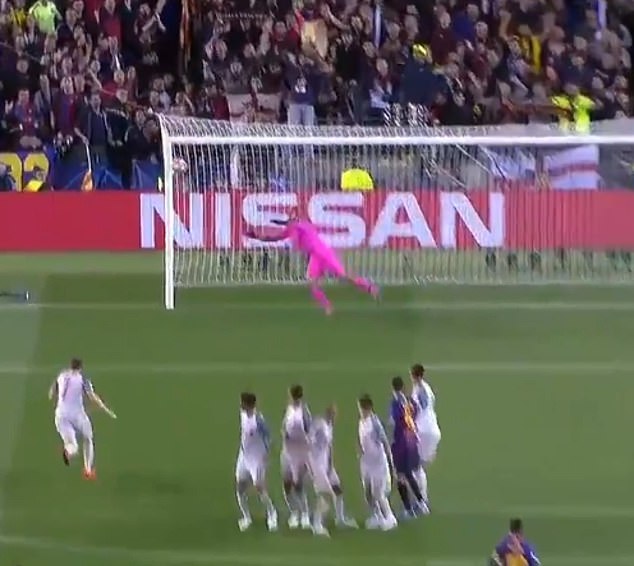 ‘Once beaten, twice shy,’ added another, reflecting on Alisson’s clear attempts to work on his previous weakness when it comes to Messi’s pinpoint freekicks.

Brazil emerged 2-0 winners in the match, courtesy of goals from Gabriel Jesus and Roberto Firmino.

Tite’s side have booked their place in the Copa America final as a result, and will face either Chile or Peru.