Mayweather, 41, a former five-weight world champion who retired from boxing with a perfect professional record of 50-0 last year, saw off an opponent 21 years his junior.

In a bout that was scheduled for three rounds just outside Tokyo, Nasukawa, who was not allowed to kick, lasted only two minutes and 20 seconds before his corner threw in the towel. 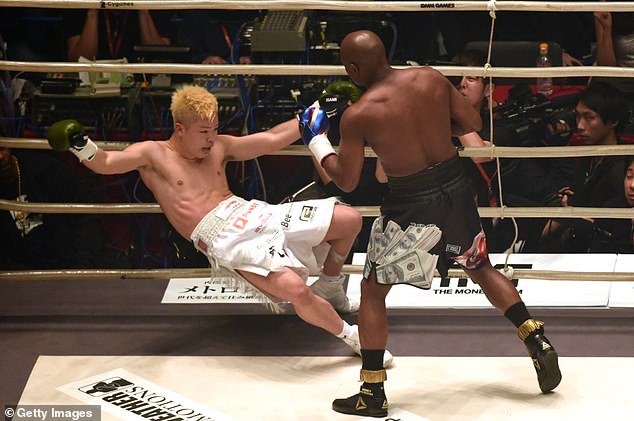 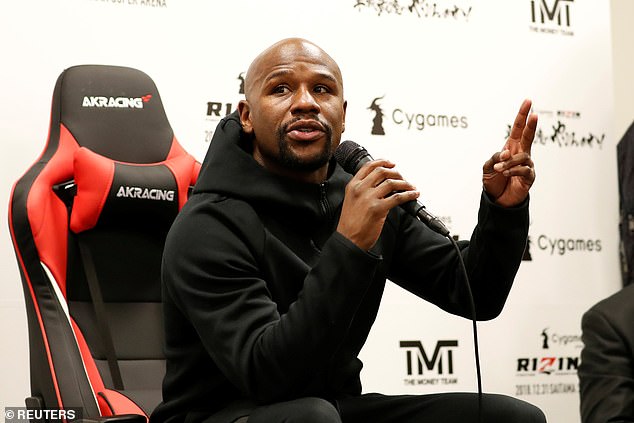 Mayweather said in the build-up he expected to pocket 9million US dollars from the fight and fans immediately took to social media to react after the 41-year-old made all that for just a couple of minute’s work.

Many were quick to poke fun at the farcical exhibition fight in Japan, with one user writing: ‘Mayweather is an all-time great but there’s thousands of 154lbs boxers who could have done that to Tenshin. What was the point?’ 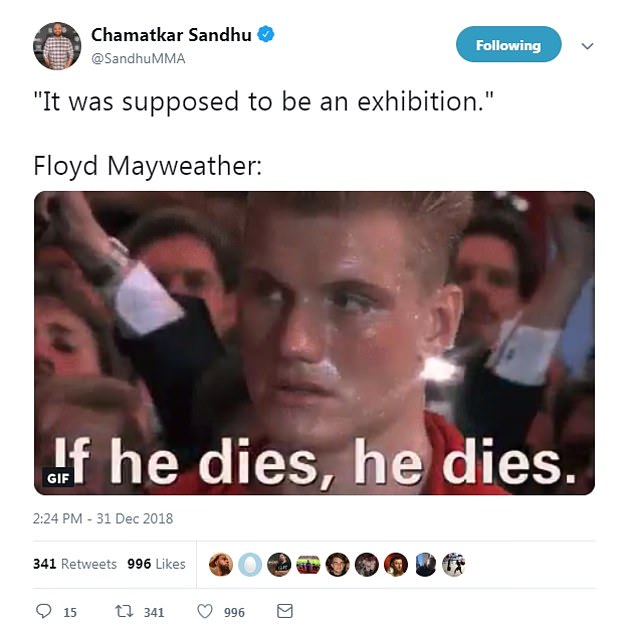 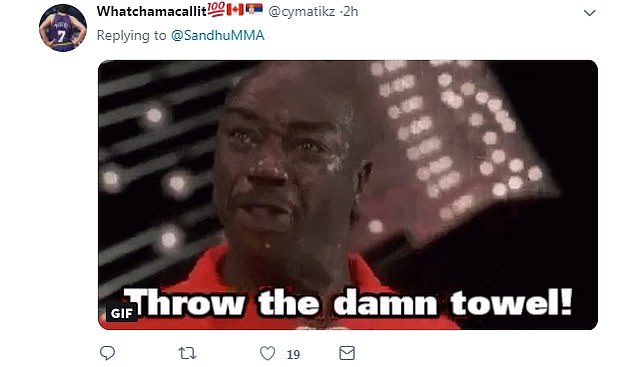 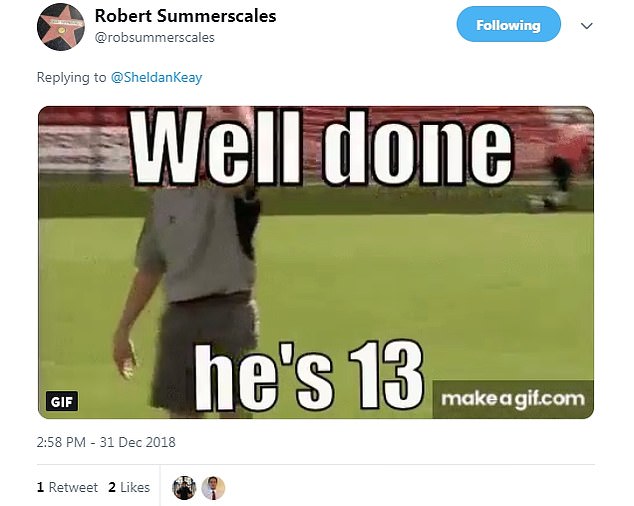 The American himself insisted afterwards that he is still very much retired and hinted that this could be his last outing in a ring.

Mayweather added:  ‘We had fun, first I want to thank God for this unbelievable turnout, this event, my team. Tokyo, Japan you guys are amazing I want to say thank you.

‘Tenshin hold your head up high, I want the fans to support him, he’s a great guy, a great fighter and great champion. 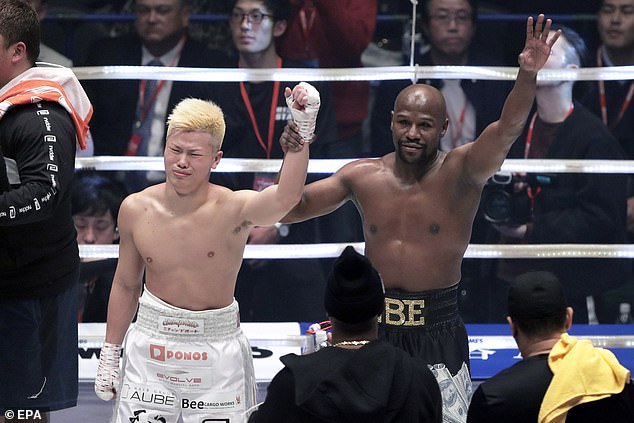 Mayweather said after: ‘Tenshin hold your head up high. He’s a great guy, and great champion’