Green Bay quarterback and two-time NFL MVP Aaron Rodgers may be one of the league’s biggest stars, but he isn’t above ridicule as he recently found out after sporting a retro mustache at a recent Packers practice.

Not only did SB Nation take to Twitter to portray Rodgers as Nintendo’s Super Mario and Burt Reynolds’ character from ‘Smokey And The Bandit,’ but Rodgers’ facial hair was also likened to other notable mustaches, such as that of Nick Offerman’s character on NBC’s ‘Parks And Recreation,’ Ron Swanson.

A number of fans found a resemblance to octogenarian actor Wilford Brimley, while another tweeted out footage of an old Michael Jordan public service announcement in which the NBA legend was made to plead with Rodgers to ‘get some help.’ 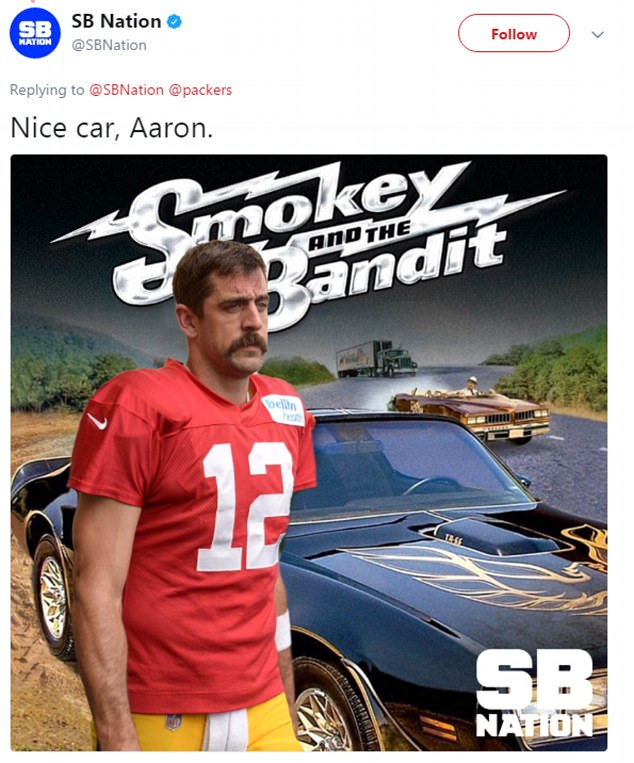 Aaron Rodgers as Burt Reynolds’ character in Smokey And The Bandit, as Tweeted by SB Nation

Rodgers, who has been known to change his facial hair from time to time, has not stated whether or not he will carry the look into the regular season.

The former Super Bowl MVP’s longtime relationship with actress Olivia Munn ended four months ago and he recently told ESPN that having his romantic life in the public eye was problematic.

‘When you are living out a relationship in the public eye, it’s definitely … it’s difficult,’ Rodgers said. ‘It has some extra constraints, because you have other opinions about your relationship, how it affects your work and, you know, just some inappropriate connections.’

The Packers won the NFC North Division at 10-6 last year before ultimately seeing their season end with a 12-7 loss to the Atlanta Falcons in the conference championship. Green Bay opens the 2017 campaign on Sept. 10 against Seattle. 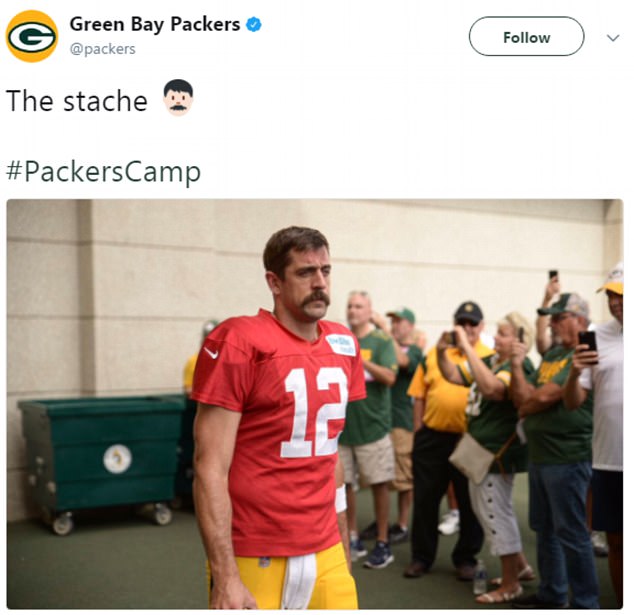 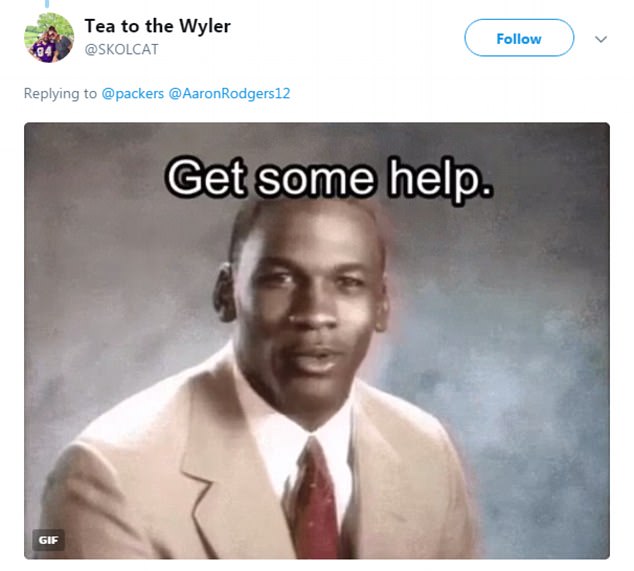 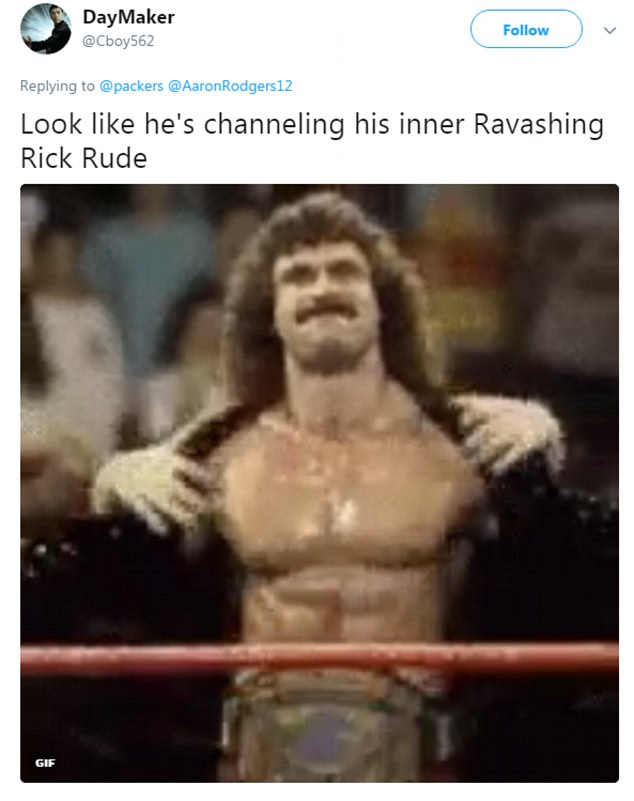 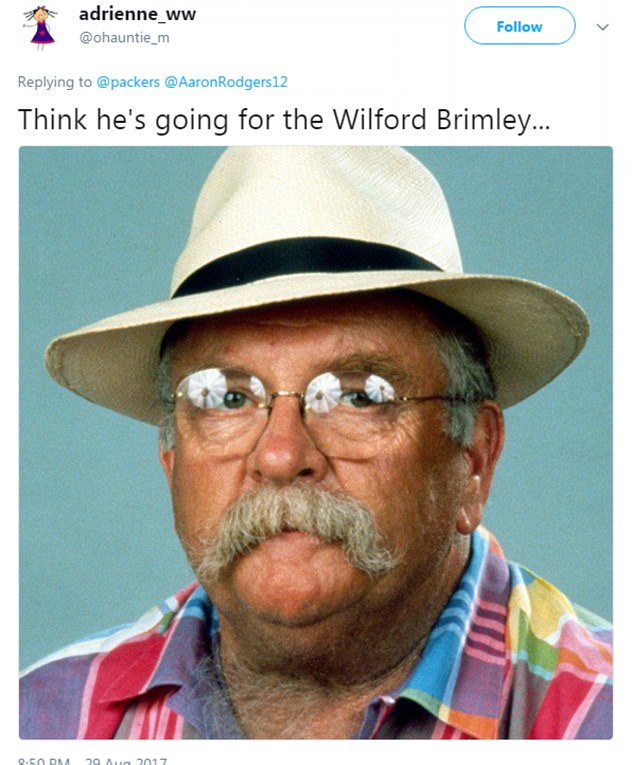 Some fans saw a likeness between Rodgers and actor Wilford Brimley, who is nearly 50 years older than the Packers’ quarterback 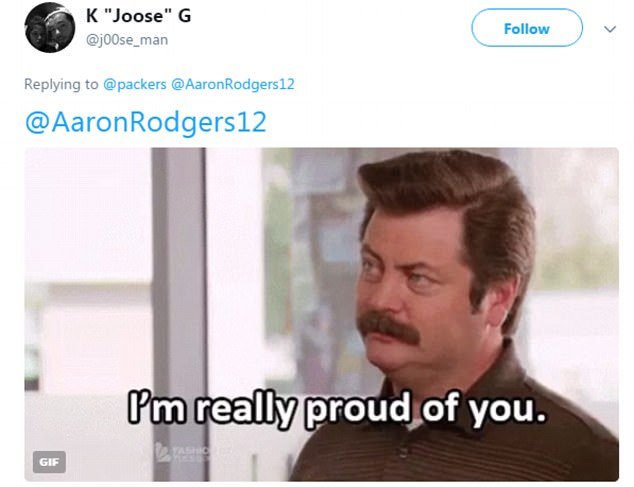 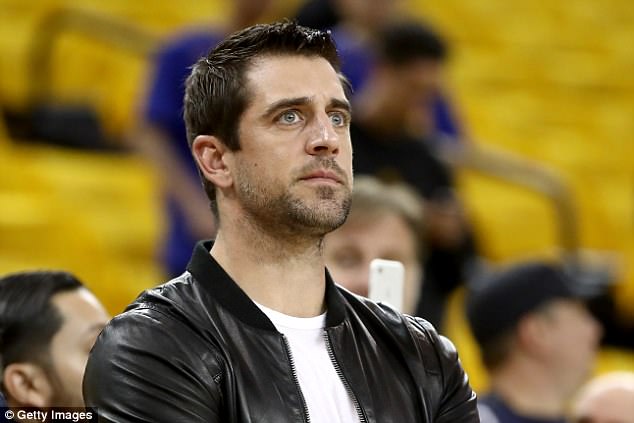