The second season of Bachelor In Paradise will soon return to Australian TV screens.

But viewers took issue with the description of Cat and Alisha as Bachelor ‘favourites’ – after their ‘villainous’ stints on Nick Cummins’ season of The Bachelor and slammed Network Ten for their inclusion. 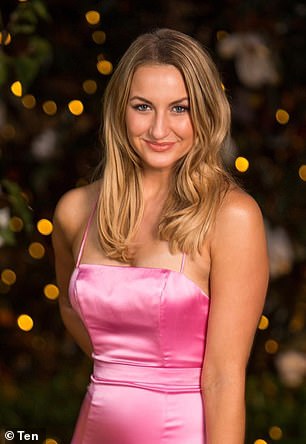 ‘They were horrible!’: Fans SLAMMED Network Ten for supporting ‘bullies’ after they announced Cat Henesey (L) and Alisha Aitken-Radburn (R) as reality TV ‘favourites’… as they prepare for Bachelor In Paradise appearance

‘These Bachelor favourites are about to get beached. But, will they find their happily ever after? Trouble is brewing! #BachelorInParadise coming soon to @channel10au,’ the Network Ten post read.

‘Favourites? Sorry but I’m pretty sure all of Australia hated Cat and Alisha? But okay,’ one user wrote.

‘Cat a favourite?’ one viewer questioned, while another stated: ‘Ummm since when were Cat and Alisha favourites? Lol (sic)’ 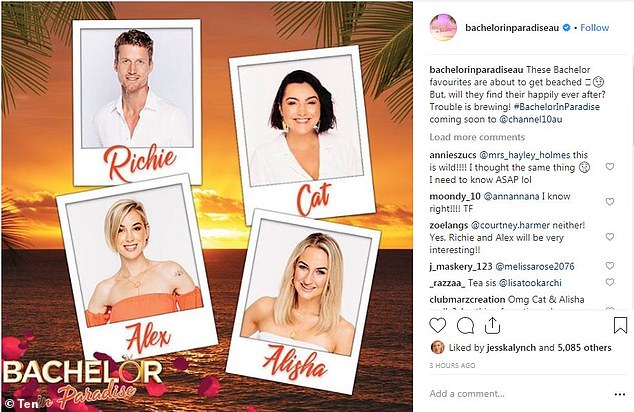 ‘These Bachelor favourites are about to get beached,’ the official Instagram page for Bachelor In Paradise wrote in the caption of this post

‘Why is Channel Ten giving bullies more air time???’ one user questioned as other took to social media platforms to pen their disappointment in the duo being dubbed as ‘favourites’

Another penned a lengthy rant, writing: ‘Channel Ten you’ve disappointed again! Where did you think these are favourites? It goes to show you would rather put bullies who create drama on TV for ratings! No one liked these girls Cat and Alisha and they were bullies and absolutely horrible! Wtg (sic) Channel Ten!’

‘Cat is not a favourite. Really not looking forward to seeing her on my TV again,’ one user bluntly wrote.

‘Cat and Alisha favourites? Hmmm I think not,’ another viewer wrote. 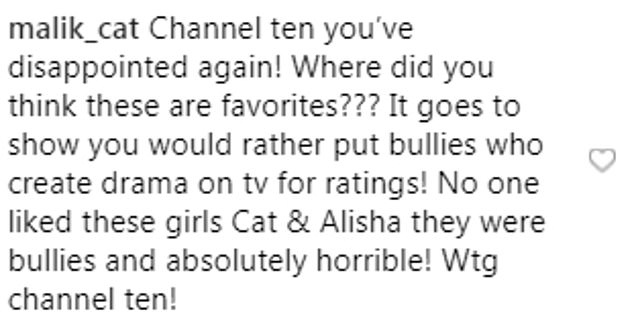 ‘No one liked these girls Cat and Alisha and they were bullies and absolutely horrible! Wtg (sic) Channel Ten!’ another user wrote in a lengthy caption

Others penned their frustration, with one writing: ‘Bachelor favourites? Seriously? These two nasty ladies?’

Meanwhile, other fans were looking forward to seeing former couple Richie Strahan and Alex Nation come to face-to-face on the new season.

‘Alex and Richie together. Omg (sic),’ one fan expressed.

Another wrote: ‘I’m just rooting for Alex! She’s so stunning!’ 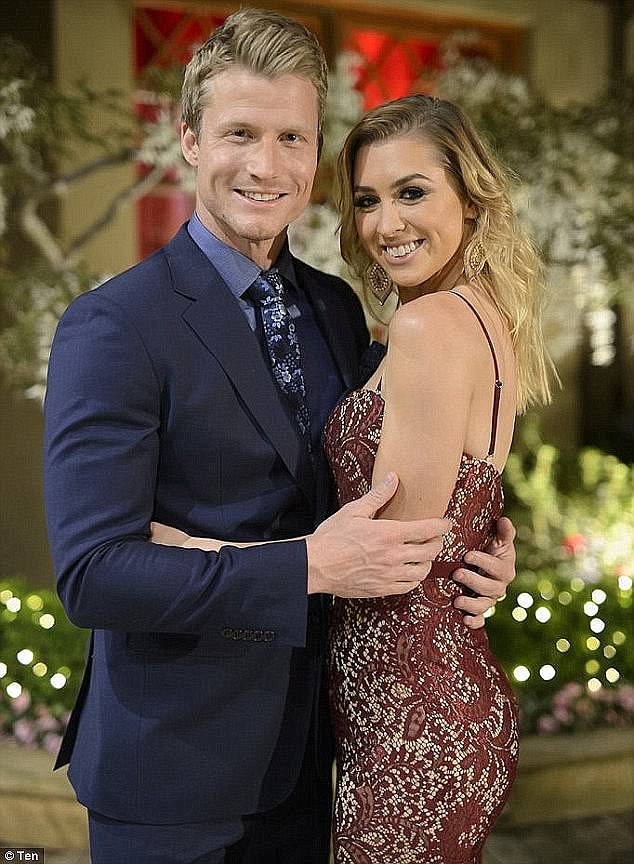 Case of the ex! Meanwhile, other fans expressed that it would be ‘awkward’ to see former couple Richie Strahan (L) and Alex Nation (R) come to face-to-face on the new season

Cat and Alisha first appeared on the franchise last year when they vied for the heart of Nick ‘The Honey Badger’ Cummins, but were unsuccessful.

Alex and Richie first met on his series of The Bachelor in 2016, where the mother-of-one received his final rose.

The couple then dated for more than a year before announcing their split in 2017. 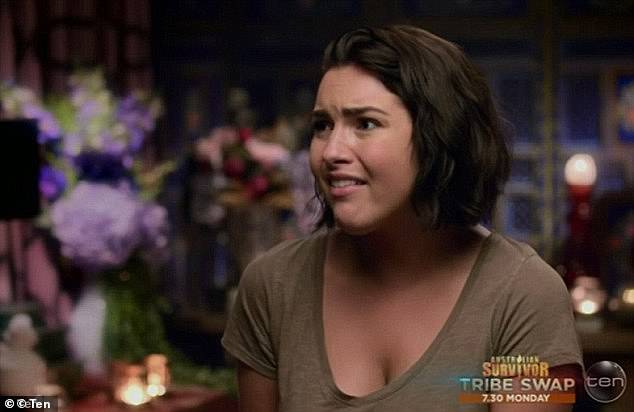 Second chance at love! Cat (pictured) and Alisha first appeared on the franchise last year when they vied for the heart of Nick ‘The Honey Badger’ Cummins, but were unsuccessful