Lady Kitty, 27, shared a sweet black-and-white picture of herself on Instagram, which she captioned: ‘First day of school #tbt’

The photograph shows young Kitty, believed to be around four-years-old, posing in a gingham dress and black dolly shoes.

Royal watchers quickly pointed out the similarity between her and Charlotte, three – with some saying that they even mistook the picture as being one of the young princess.

Fans have pointed out the resemblance between a young Lady Kitty Spencer and Princess Charlotte, after Princess Diana’s niece shared a snap of herself on her first day of school (above) 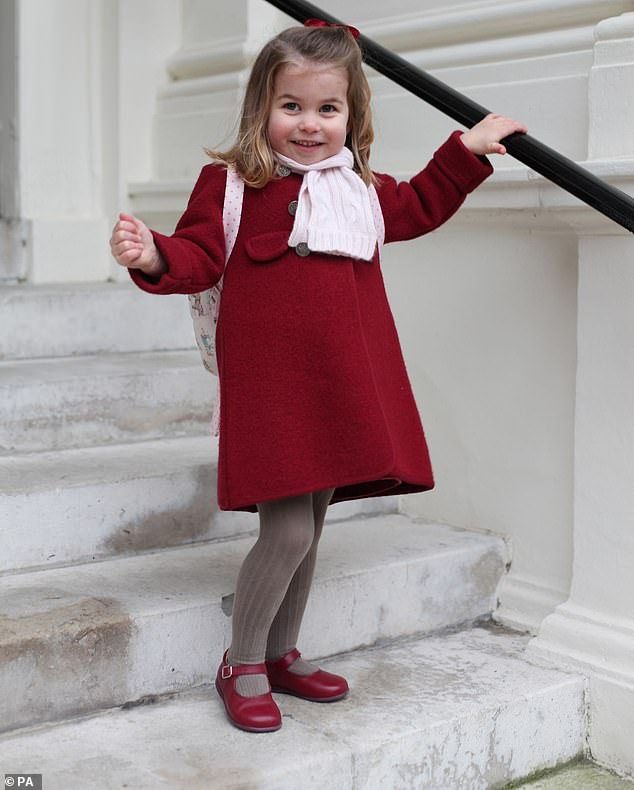 One fan commented: ‘Princess charlotte looks like you!’ while another added ‘I thought it was princess Charlotte for a moment’.

Another posted: ‘Princess Charlotte has the Spencer genes. You look so similar on this.’

Meanwhile, others wrote ‘how much does she look like Charlotte’ and ‘Split image of Charlotte’. 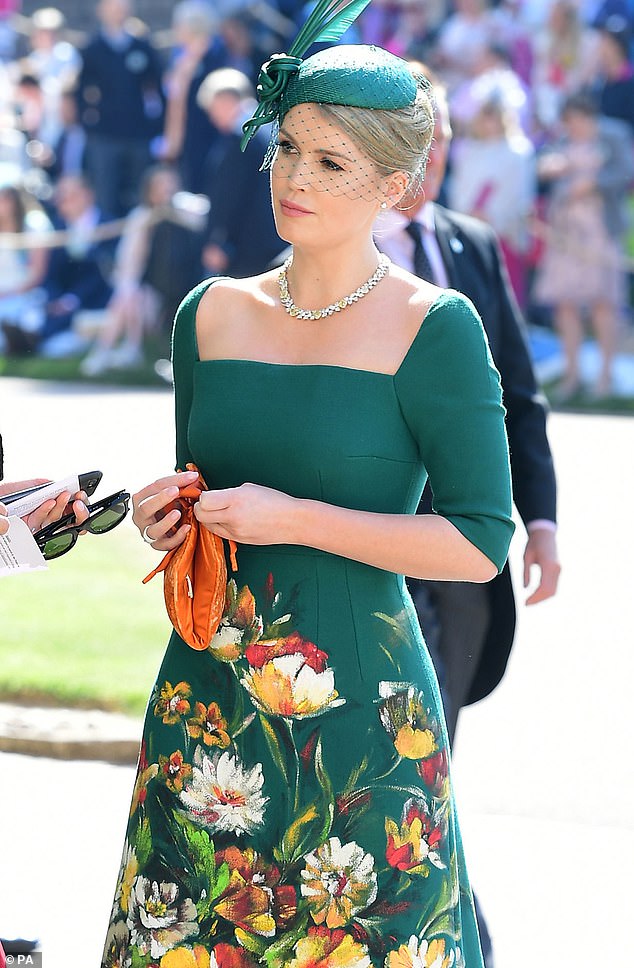 Kitty (pictured at Prince Harry and Meghan’s wedding in May) is the eldest daughter of Earl Spencer, Diana’s brother, and his first wife Victoria Lockwood 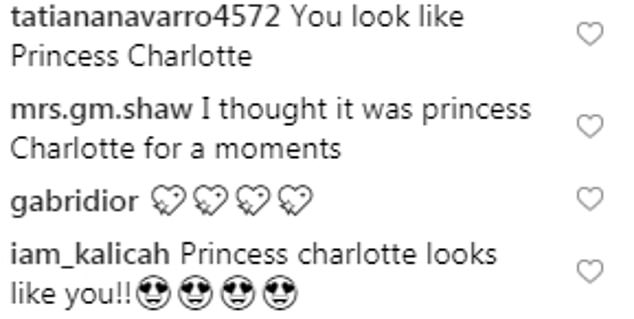 Royal watchers quickly pointed out the similarity between Kitty as a child and Charlotte, three

Charlotte is also seen wearing similar-style shoes in burgundy in the snap taken by the Duchess of Cambridge, as the young princess left for her first day at the Willcocks Nursery School in January.

Kitty is the eldest daughter of Earl Spencer, Diana’s brother, and his first wife Victoria Lockwood.

She has remained close to Prince William and Prince Harry since Diana’s death, attending both their weddings.

The model wowed in a green floral dress by D&G as she attended Harry and Meghan’s wedding at Windsor Castle in May.

The comments on the resemblance between Kitty and Charlotte comes after comparisons between the young royal and Diana.

Meanwhile, other fans have remarked on how much Charlotte looks like the Queen in official portraits.