Conman and fantasist: Michael Cremin managed to rake in millions for himself by pretending to be a barrister

A ‘fantasist’ who posed as a barrister to trick a terminal cancer patient out of her life savings was jailed for eight years today but claimed he ‘has to appeal’ the sentence.

Michael Cremin conned Sandra Burch, from Salisbury, Wiltshire, out of £92,000 in a fraudulent property deal and bought himself a Volkswagen Scirocco with her savings.

Ms Burch, 51, had quit her job when she was diagnosed with terminal breast cancer and was relying on her pension when she met Cremin.

But she was forced to return to work part-time after Cremin stole her money.

He carried out other frauds, which Gloucestershire Police believe total more than £330,000, to purchase at least 14 other cars.

As Cremin was led away to begin his sentence, he said: ‘Your Honour, I don’t agree with the verdict and I have to appeal.’

The 41-year-old advertised himself as a lawyer and advocate but was described as a ‘fantasist’ by police.

He even managed to list himself on a legitimate chambers website and falsely claimed to have a law degree from the University of London. 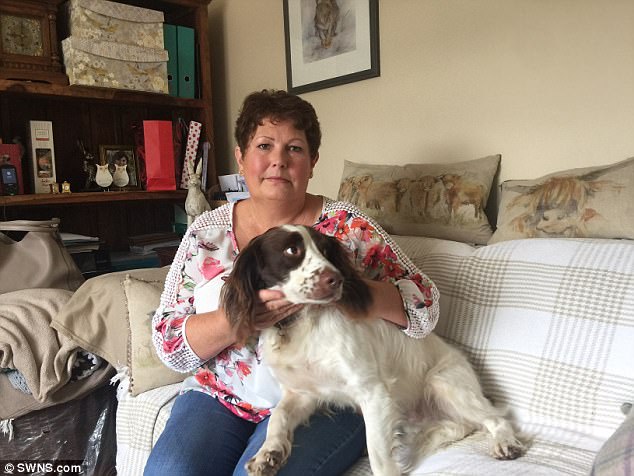 Cancer patient Sandra Burch, from near Salisbury, Wiltshire, spoke out to warn other people that they could fall victim to fraud

In reality, while Cremin worked on several cases as a legal representative, he had no legal qualifications and a history of using his knowledge of the legal system to threaten people.

He impersonated a barrister in correspondence with several people, in one case writing to a couple using the name of a real barrister and falsely claiming they had breached planning regulations.

He also provided false employment references to a letting agency in Cirencester when he was a tenant at a house in the Gloucestershire town.

Cremin then disputed the owners’ right to inspect the property and forced them to take action at the county court and then the Court of Appeal before he was finally evicted.

It caused the elderly couple who had invested in the house as part of their retirement plan months of distress, health problems, lost rent and £20,000 in legal fees.

Cremin, of Buncombe Way, Cirencester, was found guilty of six counts of fraud and one count of pretending to be a barrister following a trial at Bristol Crown Court. 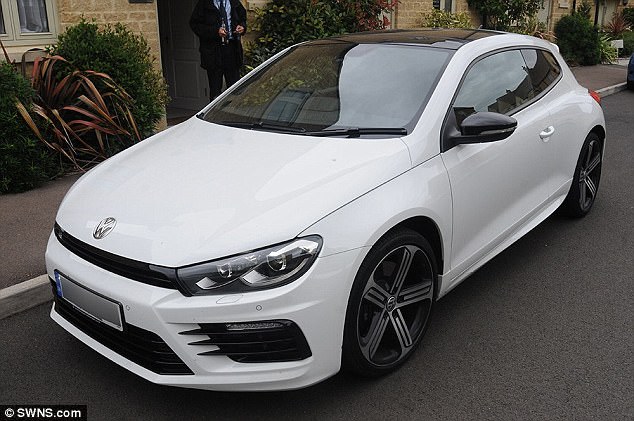 David Nathan QC, defending, said: ‘The impact upon Ms Burch is horrific. When you read her impact statement it is impossible not to be moved.

‘Ms Burch is very poorly and nothing I can say can change that. This is not a man with a large record for fraudulent activity and in my submission there is a balance to be struck.’

Mr Nathan added: ‘In terms of personal mitigation I am not seeking to waste Your Honour’s time in coming up with anything that begins to impress the court.’ 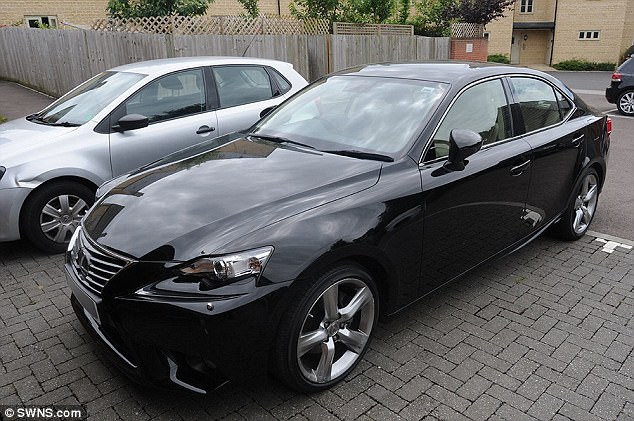 Cremin carried out other frauds, which Gloucestershire Police believe total more than £330,000. Pictured: A Lexus bought by Cremin with stolen money

Judge Longman said: ‘You have been convicted of six counts of fraud and one count of pretending to be a barrister by the jury who saw through the lies you told in the days you were giving evidence,’ he said.

‘During all the offending, you portrayed yourself as a person of more substance than you are, falsely claiming to have law degrees and a doctorate.’

The judge added: ‘Your depiction in your evidence of Mrs Burch having been the author of her own misfortune is an illustration of the depths you were prepared to sink in order to save your own skin.’

The Irish national, who is originally from County Cork, was also disqualified from being a company director for nine years. He faces Proceeds of Crime proceedings later this year. 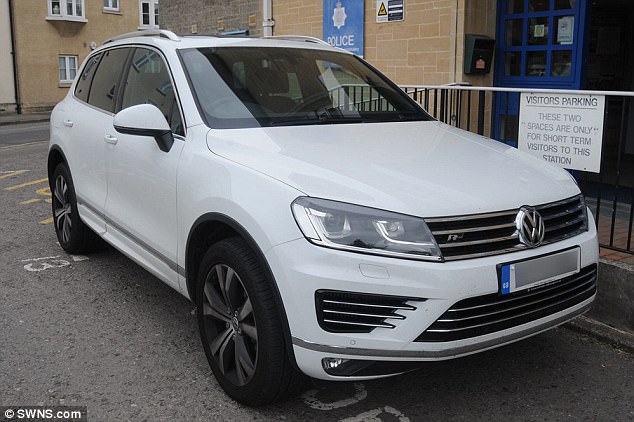 Cremin carried out other frauds, which Gloucestershire Police believe total more than £330,000, to purchase at least 14 other cars. Pictured: A VW Touareg criminally acquired by Cremin

Detective Sergeant Dave Fryatt, of Gloucestershire Police, said: ‘Cremin was what you might call a ‘paralegal’ – he wasn’t a barrister or solicitor but had taught himself a lot about the law and was involved in the legal system.

‘The problem is he over-egged his position and introduced letters after his name suggesting he was a doctor of law. He then never sought to correct anyone who believed he was a genuine solicitor or barrister.

‘Sandra was incredibly brave in coming forward as Cremin even threatened to take legal action against her for defamation when she challenged him.

‘We did manage to freeze some of Cremin’s accounts during the investigation and are trying to ensure some money is returned to Sandra but it will only be a fraction of what she lost.

‘There is a danger people think that Cremin only caused harm to corporate entitles like Toyota but there have been some really personal cases here that have led to a lot of personal anguish and distress.

‘Cremin was a fantasist and vindictive when challenged. Now we just want the public to be aware of the issues this case raises to stop anyone else getting away with the same thing.’

‘This person took all my options away from me’: Cancer patient speaks out after being scammed

Terminal cancer patient Sandra Burch spoke out about being conned by Cremin to warn other people about how easy it to to become a victim of fraud.

She said the stress of Cremin’s actions made her fear her tumours would grow — and wrecked the chance of her having treatment abroad.

He even threatened to sue her for defamation when she questioned his actions.

Ms Burch said: ‘A friend needed some financial help. He was going to be evicted from his property and land but he had been there a long time.

‘We said we would help him but only if we stood a chance of buying the property. The money was my pension pot and little bit of money my partner had saved.

‘At the time I’d been given 18 months, which are the statistics for secondary breast cancer. In April 2015 I left work so my salary went down to nothing – just a pension, which was enough to buy food and what have you.

‘I was hoping the investment would give me an income and when I faced chemo I could stay home.

‘That was our goal really, to stay at home and have that reassurance that we had that investment and if I needed to cash it in we could do for treatment overseas. Now I don’t have that option.

‘I’ve now gone back to work three days a week, just to have money. I enjoy working but this person took all my options away from me.

‘Every time I had a CT scan I was worried the cancer had grown because of the stress this person had put me through.’

She added: ‘When you are diagnosed with secondary breast cancer your anxiety levels are at a peak. All you worry about is the future and how you will leave your loved ones.

‘It was an awful time for me to go through this and secondly to admit to my partner that the only funds we had were lost. It was horrendous, absolutely horrendous.

‘I’ve always believed in trusting people. This person came across as a professional. He made me feel he was there helping me.

‘I think he was hoping my prognosis was shorter so he would benefit even more from my funds. It was devastating.

‘There isn’t a day that goes by I don’t think about it. I stood in court with 12 people looking at me, thinking they must think I’m a complete idiot.

‘I always thought my family and friends would think I’m a complete idiot. But I did my best and looking back now, I researched him, he came across as a professional, he had qualifications after name.

‘I don’t even know if I could back go back in time would I have done anything differently.

‘I really don’t know. I did what any logical person would have done.

‘The problem is he made a fool of me and took advantage of someone who really shouldn’t have been taken advantage of.’