A left-wing student union was last night accused of attempting to ‘crush’ a university newspaper and torpedo press freedom.

Durham Students’ Union was lambasted for attempting to secretly seize control of the legal rights to use the name Palatinate – the title of the university’s award- winning student newspaper.

The move is an apparent bid to stop the 74-year-old paper from breaking free from the union’s control and becoming independent.

Palatinate, which is handed out for free, was once edited by Fleet Street legend Sir Harold Evans, and was a training ground for BBC broadcasters Jeremy Vine and George Alagiah.

Durham Students’ Union was lambasted for attempting to secretly seize control of the legal rights to use the name Palatinate – the title of the university’s award- winning student newspaper. Pictured: Durham University 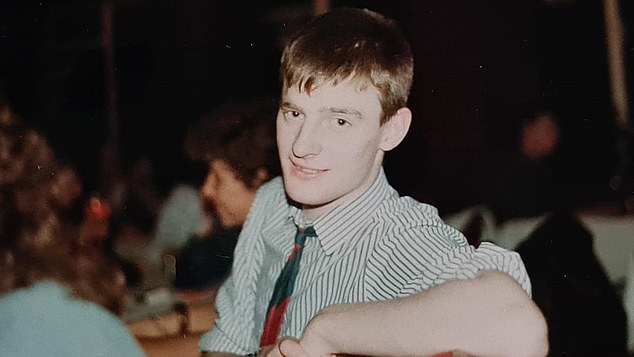 Former editor of the paper Jeremy Vine accused union of ‘quite a dastardly move’. He added: ‘We know why the student union doesn’t like them – it’s because once in a while the newspaper prints an article that is critical.’

Its future has, however, been threatened since 2020, when the students’ union axed funding for the print edition of the newspaper.

Union chiefs blamed funding pressures and the Covid crisis, but many students believed the decision was politically motivated and claimed that freedom of speech was being stifled.

Durham’s free speech crisis shows how far it has fallen

Universities should be places where students are exposed to a range of opinions and given an opportunity to test ideas in open discussion and debate.

If students are told there’s only one acceptable view on hot topics such as gender identity and Britain’s colonial past they might as well be at a madrasa.

I’m afraid Durham is becoming such a place. The unstinting efforts of the students’ union to shut down the print version of Palatinate – for no better reason, according to its supporters, than because it subjects the union’s hard-Left officers to scrutiny – is just one example of how far this institution has fallen.

Since I set up the Free Speech Union two and a half years ago, we’ve received more cries for help from students and academics at Durham than from any other British university.

We’ve had to come to the aid of a young conservative activist who was expelled after his support for Israel and opposition to gay marriage were deemed beyond the pale. We found him a good lawyer and the expulsion was overturned.

We also swung into action when Professor Timothy Luckhurst, the head of a Durham college, got into hot water when he invited Rod Liddle to give an after-dinner speech. A handful of students complained that the views of the outspoken columnist made them feel ‘unsafe’ and – incredibly – Tim was placed under investigation. With our help, he was able to resume his job with a minimum of fuss.

At the beginning of the year, Durham appointed a new Vice-Chancellor, Professor Karen O’Brien, who has professed her commitment to free speech. If she means what she says, she should tell the students’ union to back off and stop trying to shut down the university’s only independent student newspaper.

Earlier this year, the newspaper presented a proposal to become independent, but its blueprint was rejected out of hand by the union.

The paper’s editors then discovered that about a week later the union applied for trademark rights over Palatinate’s name without telling them. Winning the legal right to use the brand would effectively scupper the independence bid.

Nicole Wu, 21, one of Palatinate’s two joint editors, said the move by the union was ‘really shocking’.

‘We are still amazed that they took that step. Obviously it’s incredibly disappointing. It shows that they are not willing to engage with us.’

More than 50 current and former editors of the paper, including Mr Vine, this weekend backed the independence bid and accused the union of ‘abandoning their central commitment to the newspaper’.

Mr Vine last night accused the union of ‘quite a dastardly move. It was one thing to cut their funding and leave them to sink or swim, but they now seem to be jumping on top of them to make sure they stay underwater.

‘We know why the student union doesn’t like them – it’s because once in a while the newspaper prints an article that is critical.’

In an attempt to secure Palatinate’s future, The Mail on Sunday can today reveal that it has offered to donate £20,000 to help it become financially independent of the union.

Crucially, this newspaper has guaranteed that the funding will in no way impinge on its editorial independence. ‘For the avoidance of any doubt, Palatinate will remain entirely editorially independent of The Mail on Sunday and Associated Newspapers,’ MoS managing editor Robyn Kelly wrote. ‘These are donations and you are not required to provide us with anything in return.’

Joe Rossiter, Palatinate’s other joint editor, said the paper has opposed the trademark application and the union now has two months to present its case.

He said: ‘This newspaper is run by students. Students write the stories, they source the information and they design the pages. It is not a product of the students’ union.’

A report unearthed by this newspaper two years ago disclosed claims the union is ‘undemocratic’ and gripped by a ‘toxic culture’.

Students have highlighted how the union’s decision to pull the plug on funding for the paper in 2020 followed a series of Palatinate articles about an election fiasco in which more than 2,000 students refused to back any candidates.

Sophie Corcoran, a Durham graduate who stood for union president this year, described the union as behaving like a ‘dictatorship’, adding: ‘Palatinate was fair in its coverage of the election controversy but the SU didn’t like it because they were speaking the truth.’

A spokesperson for the union said: ‘Durham SU responded to a specific threat to misuse the Palatinate brand and archive in 2021… by pursuing a trademark application.

‘Just like The Mail on Sunday, taking good care of intellectual property has never, and will never, get in the way of journalists writing whatever they want to about the publisher.’