A 17-year-old autistic boy with far-Right views who offered to build weapons for people online was today jailed for more than five years for terrorism offences.

Paul Dunleavy, of Rugby, Warwickshire, had become a member of the far-Right group Feuerkrieg Division (FKD) in July 2019 and started several online conversations.

The boy expressed his extreme views in the chats and indicated he was planning or had already converted a blank firing weapon into a viable firearm.

Paul Dunleavy, 17, of Rugby, had become a member of the far-Right group Feuerkrieg Division 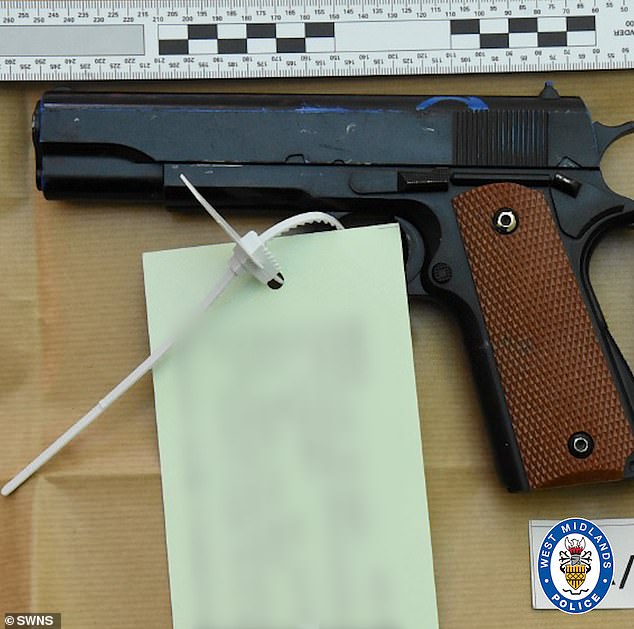 Police found Dunleavy’s phone had documents on firearms, explosives and military tactics. Pictured: A gun recovered as part of the investigation

Police found his phone had more than 90 documents on firearms, explosives and military tactics, extreme Right-wing online material and the online chats.

Today, Dunleavy was sentenced to five-and-a-half years in jail for collecting terrorism information and the commission, preparation and instigation of terrorism.

He had admitted nine counts of collecting terrorism information, and last month a jury found him guilty of the commission, preparation and instigation of terrorism.

Eleven clips of the Christchurch mosque attacks in March 2019 were also found on his phone together with the shooting in El Paso, Texas, in August 2019 and the attacks at Dayton, the Garlic festival and the Anders Breivik attack in Norway. 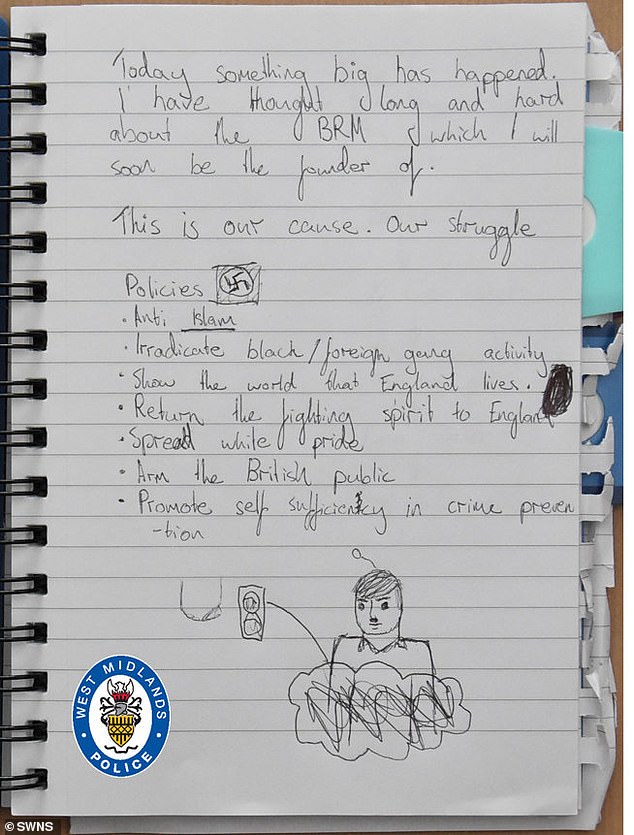 A notebook was seized containing swastikas, details of lone wolf attacks as well as a mocked up logo representing an extreme-Right group he wanted to form. Pictured: Notes made by the Paul Dunleavy showing his ideology 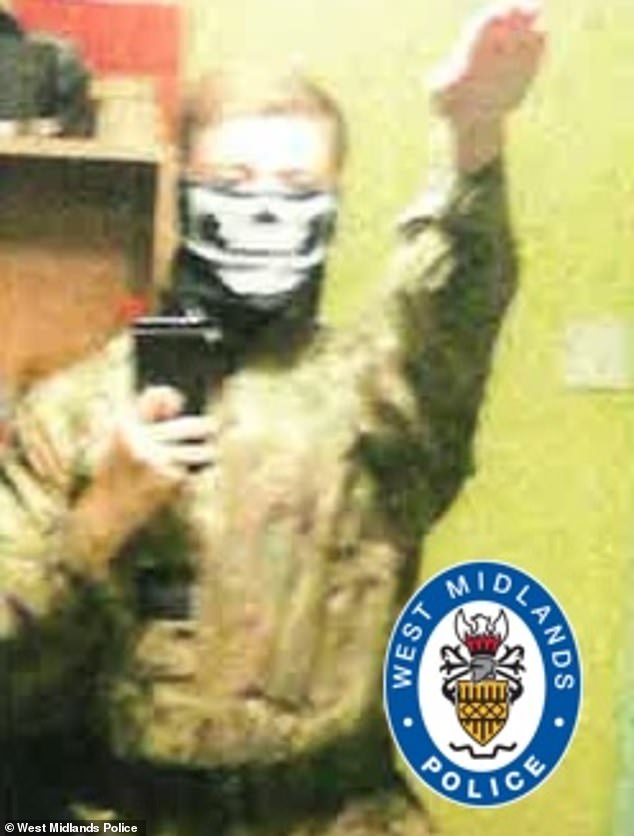 A notebook was seized containing swastikas, details of lone wolf attacks as well as a mocked up logo representing an extreme-Right group he wanted to form.

Detective Chief Superintendent Kenny Bell, head of the West Midlands Counter Terrorism Unit, said: ‘This boy had an unhealthy interest in other attacks across the world and he knew exactly what online platforms to join to share his extreme views. 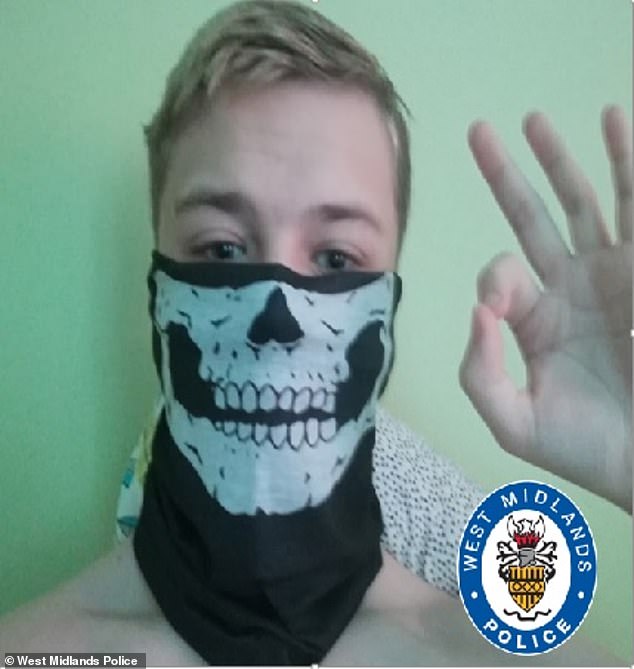 ‘He believed he had the skills to convert a blank firing weapon into a viable firearm and was willing to help others with his abilities.’

Mr Bell also spoke about the work being done by counter terrorism policing to tackle all forms of extremist ideology.

‘We have seen many convictions over the last few years in connection with extreme-Right wing terrorism and this work continues apace. These extreme groups have the potential to threaten public safety and security.

‘We work tirelessly to counter terrorism. Our absolute priority is to ensure the safety and security of the people who live, work and visit the West Midlands area.’