After a lengthy battle to stay in her harbourfront apartment, elderly resident Myra Demetriou will today be the guest-of-honour at a farewell party, after the NSW Government forced her to leave.

Around 200 people will attend the ‘Farewell Myra’ event at Sirius housing block in Sydney’s The Rocks.

Mrs Demetriou, 91, who is legally blind, has lived on the top floor of the iconic high rise public housing block in the Rocks since 2008 but has lived in the Millers Point area for more than 50 years.

She has been battling to stay put in her home since the NSW government revealed plans to sell the building to developers several years ago.

The great-grandmother will move out on February 1.

‘There’s no use feeling sad about it, you’ve got to look to the future,’ Mrs Demetriou told Daily Mail Australia.

‘I won’t know how I feel about moving out until the day. I have boxes for everywhere. I’ve only done one room so far, which is the bedroom. I’m still yet to do the lounge room, kitchen, bathroom and laundry. I am stressed about the move but I don’t see it as the end of an era, it’s the beginning of a new one.’ 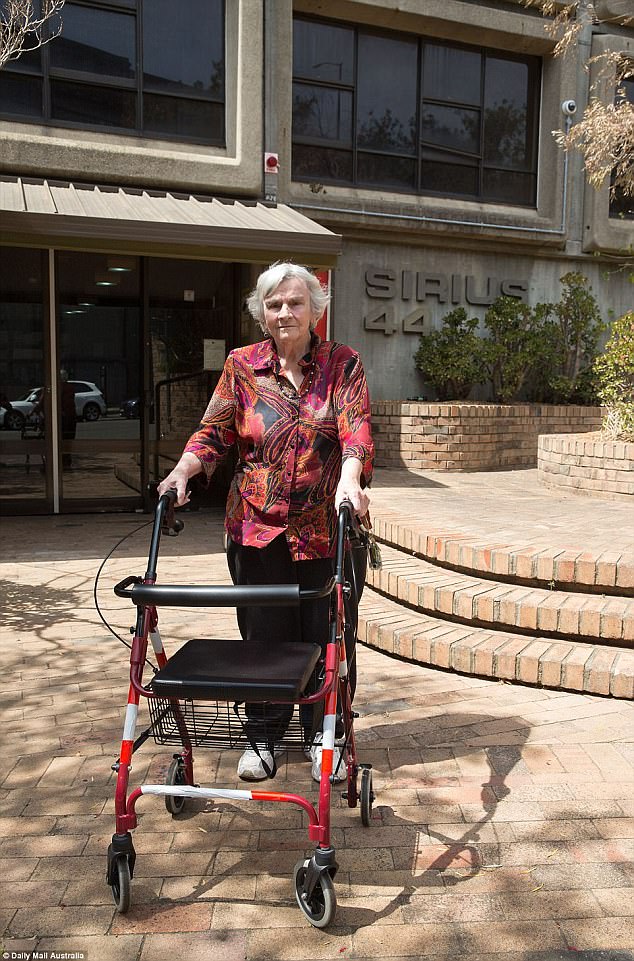 There will be a giant card for Myra, along with lamington cake.

‘It’s very nice that so many people want to have a farewell for me,’ Mrs Demetriou said.

‘The thing I’m going to miss the most is the friendships.’

She’s satisfied with her new home in Pyrmont.

‘It’s better than a lot of the other ones they showed me. Some of them were awful. I’ve met the pharmacist and been to the community centre around there. The rooms are smaller so I’ll have to get rid of some things. But I’ll do that at the new place as I’ll make mistakes if I do it here.’

The Department of Family and Community Services will use the proceeds from the sale of the building towards new homes for people on the waiting list for public housing.

‘Myra has been the face of our campaign,’ Save Our Sirius foundation chairman Shaun Carter said. 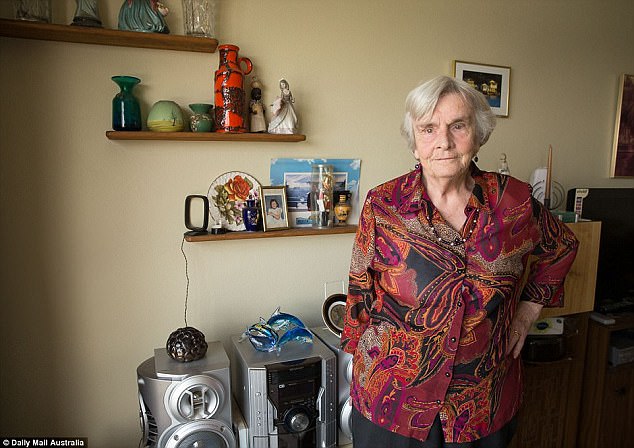 ‘Why would any government force a 91-year-old lady from her home? It’s inhumane. We hope the government will learn from this.’

Mrs Demetriou had one final plea for the NSW government.

‘We’re going to end up the only city in the world without social housing. Even London and New York have it. We’re not a poor country.’