A trembling farmer has choked back tears while describing the devastation the drought has had on his land and livestock.

Fourth generation Warwick farmer Paul Maher has been left devastated by the worst drought his family property has seen in over 100 years.

‘Put a lot of effort into breeding a good article and to see them go off to meatworks, not good,’ he told 9 News while fighting back tears.

Mr Maher said the four dams on his property had been dry for five months, revealing it was the worst drought to hit his farm in over 100 years.

The struggling farmer’s grief comes as several drought-ravaged towns across Australia come within weeks of running out of water completely.

Dubbed ‘Day Zero’, towns including Dubbo, Nyngan, Narromine, Cobar and Stanthorpe are expected to run out of water by November.

Mr Maher’s country town Warwick will be dry by this time next year, 9 News reported.

He said a recent shipment of water from charity aid would give his family some slight relief, but would do little to help his suffering livestock.

‘This is very serious. Carting water in trucks for hundreds of kilometres on dirt roads is going to be the only way some councils can provide drinking water to locals,’ she told news.com.au. 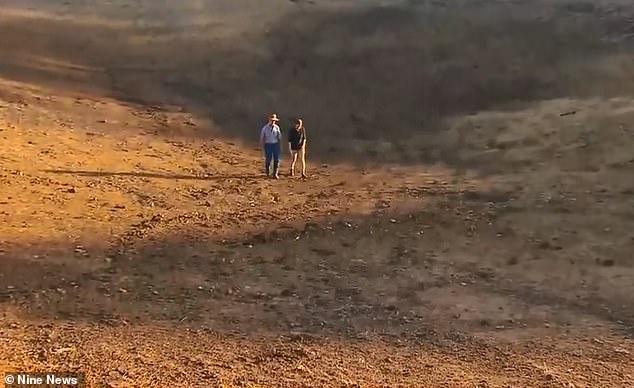 Southern Downs Regional Council Mayor Tracy Dobie echoed the sentiments of Mr Maher and said the drought had crippled much of the region.

‘This is the worst drought we’ve ever had in our region and it’s really biting hard,’ she said.

‘The issue we’re facing is the dams and creeks are all dry and so the inflows into our urban water storages have ceased.’

By March next year other towns including Parkes, Forbes, Boggabri and Manilla are also expected to have reached ‘Day Zero’.

According to figures from the Bureau of Meteorology, August rainfall was below average over much of New South Wales and southern Queensland.

‘Rainfall deficiencies have affected most of the New South Wales, Queensland and South Australian parts of the Murray–Darling Basin since the start of 2017,’ a BOM statement read.

‘The deficiencies have been most extreme in the northern Murray–Darling Basin, especially in the northern half of New South Wales, where areas of lowest on record rainfall extend from the Great Dividing Range west as far as Dubbo and Walgett.’

That means from January 2017 to August of this year has been the driest 32 month period on record averaged over the Murray–Darling Basin. 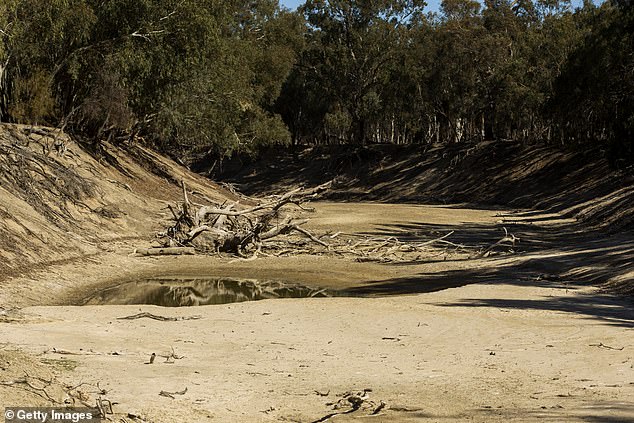 A number of towns across Australia will run completely out of water in weeks (pictured, dusty Darling River)

Projections from NSW’s river operator and bulk water supplier WaterNSW show without significant rain the first towns to lose water supply will be Dubbo, Cobar, Nyngan and Narromine with the Macquarie River forecast to run dry by November.

It’s been described as a ‘critical’ situation by NSW Water Minster Melinda Pavey with the government insisting it’s doing everything it can to make sure the state gets through this devastating drought.

The Macquarie River gets an average inflow of 1448GL annually, but in the past two years it has seen just 97GL enter the river system.

Under the worst-case scenario, the Lachlan River, which runs through the state’s Central West, is projected to run dry by March 2020 leaving the towns of Forbes, Cowra and Parkes without water supply.

The river is the fourth longest in Australia and annually receives an average of 1212GL of water but in the last year recorded inflows of just 107GL. 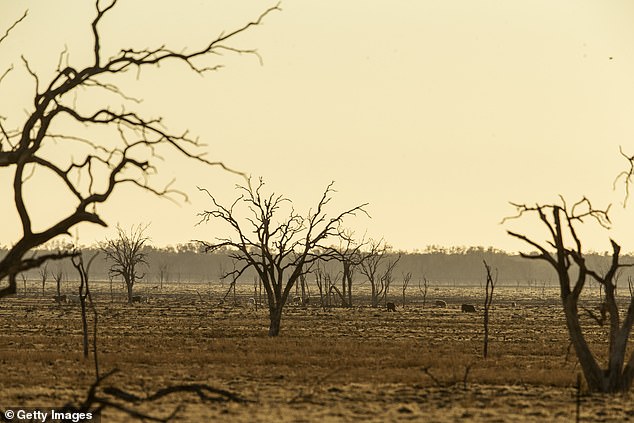