She’s notorious for her fiery temper, getting into clashes with her housemates during a stint on Celebrity Big Brother.

And Farrah Abraham seemed to embrace her fierce nature on Friday, donning a bight red wig as part of a risque Halloween costume.

The 26-year-old mother-of-one rocked a revealing Arial costume for a Los Angeles Pumpkin Patch party, where the reality TV star was seen petting animals and playing on the inflatable rides.

Farrah rocked the busty ensemble, with the shall bar giving her already ample cleavage a boost, and her abs on full display in the sparkled green ‘tail’ skirt.

The Teen Mom star wore black leggings under her skirt to preserve her modesty as she slid down the slide, with simple sandals adding to the beachy look.

Joined by her eight-year-old daughter Sophia, Farrah was seen enjoying a day in the California sunshine in her Disney-inspired look. 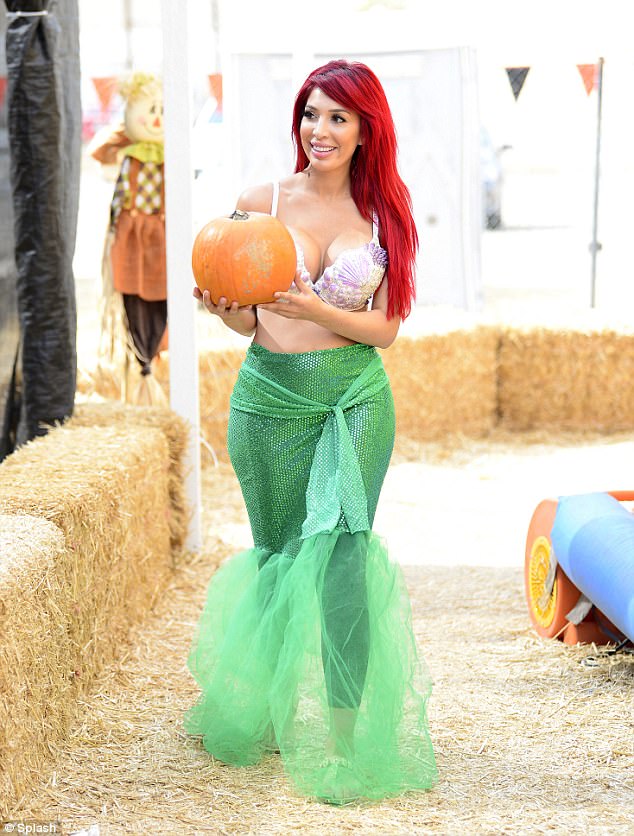 Feisty: The notoriously opinionated reality star was seen enjoying a day on the patch with her daughter, rocking a costume straight from the iconic Disney classic 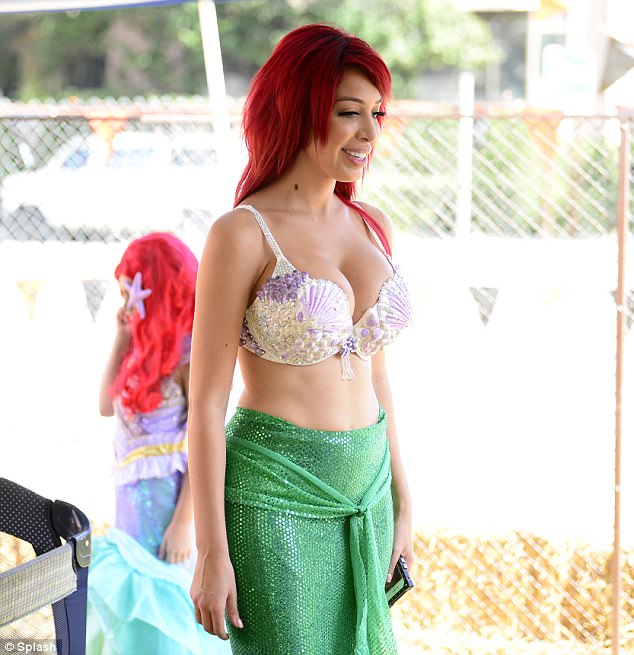 Hothead: Farrah donned a bright red wig for the day out, which saw her petting farm animals and riding on inflatable ride

Sliding down an inflatable slide, the mother looked like she was having a whale of a time on the day out with her daughter.

The feisty screen star has recently been seen on screen with her on/off boyfriend Simon Saran in a Teen Mom 2 special, after he declared he loved Farrah.

As the couple took a trip to San Francisco, the businessman declared his love for Farrah, but did not get the response he was expecting. 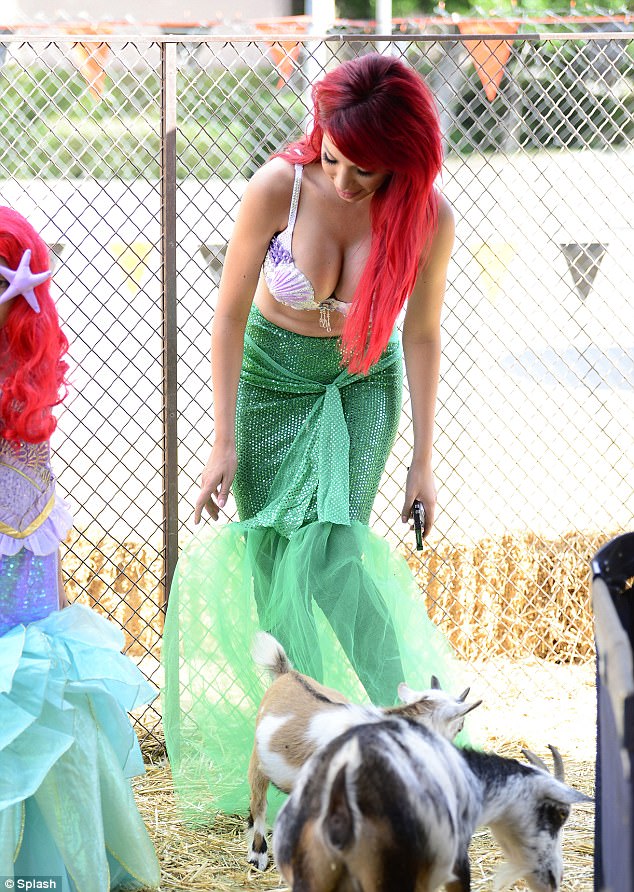 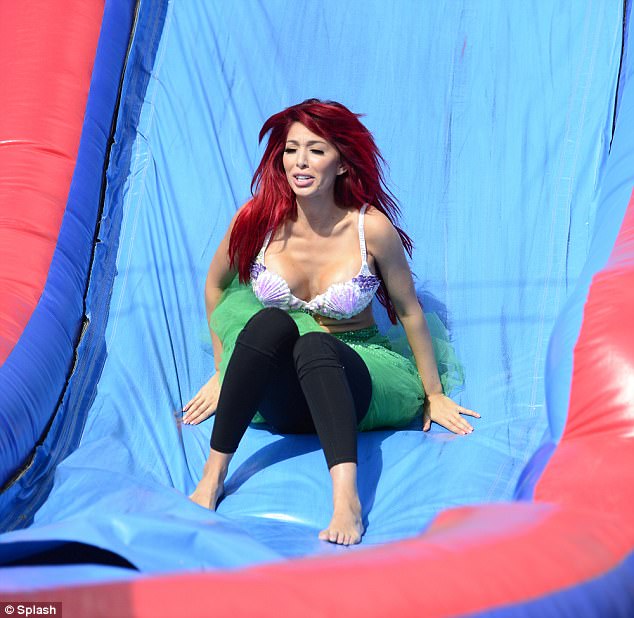 Wheee! To preserve her modesty Farrah donned leggings underneath her green ‘tail’ skirt

‘I still want to date you, I love you,’ Simon exclaimed during the trip.

‘You cannot interact with other girls who are like basic b****es,’ she added.

During the special, Farrah took the chance to learn more about her beaus Indian culture, trying traditional clothing and learning how to cook classic Indian dishes. 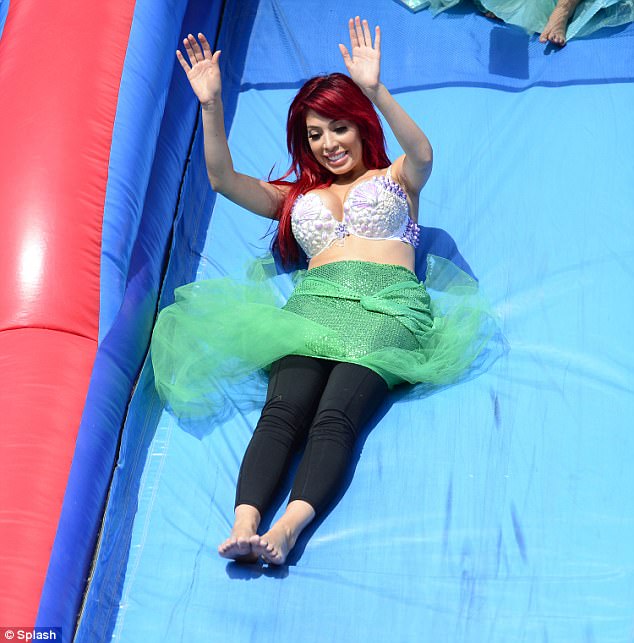 Down we go! The reality star has recently been back on screen in a Teen Mom special, which saw her bickering with her on/off boyfriend Simon Saran