Fascinating new book reveals what it takes to be superhuman

Extremes are eternally fascinating. Why else would Guinness World Records be the most dependable of bestsellers, year after year?

So it is clever of Rowan Hooper, the managing editor of New Scientist magazine, to write a book about those who achieve the peaks of achievement with the title Superhuman. In it, Hooper travels the globe to interview those, as he puts it, with lives ‘at the extremes of mental and physical ability’.

Funnily enough, I used to see a lot of his chosen example of extreme intelligence, Dr John Nunn. We were at Oxford University at the same time and played each other in college chess matches.

The difference was that John arrived at Oxford to read mathematics at age 15 (becoming the youngest undergraduate since Cardinal Wolsey in 1490) and, while we were there became a Grandmaster, later entering the world’s top ten.

Nunn tells Hooper how startlingly early his interest in calculation emerged: ‘When I was very young, before I could read, my parents noticed I was looking through all the books in the bookcase, and they said: “What are you doing? You can’t read.” I’d worked out how the numbering worked at the bottom of the pages. So they asked me how many pages there were in certain books, and I knew.’

As Hooper notes, people like Nunn appear to have some sort of special, innate ability we can only ascribe to genetics. That doesn’t mean Nunn came from a line of chess or maths geniuses (that didn’t, and doesn’t, happen).

But, as an evolutionary biologist, Hooper is persuasive in arguing that the genetic element in extreme performance is generally underestimated, or, at least, it is in the many popular American books with titles such as Talent Is Overrated.

As Hooper points out, part of the American Dream is that anyone can achieve whatever they desire just through sheer hard work and willpower.

So there is a big market for popular science books which confirm that view.

Some ‘superhuman’ achievements indeed seem to derive solely from extraordinary ambition and drive. One of Hooper’s interviewees is Ellen MacArthur, who in 2004-5 sailed 27,000 nautical miles around the world on her own in 71 days, thus breaking the world record time for solo circumnavigation of the globe.

She is just 5 ft 2 in and required a boat designed especially for her small frame. But what she lacked in inherited physical advantages, she more than made up for in consuming passion and an astonishing sense of purpose.

MacArthur tells Hooper that, aged four, she decided she wanted to sail around the world and, from then on, obsessively directed her life to achieving this. 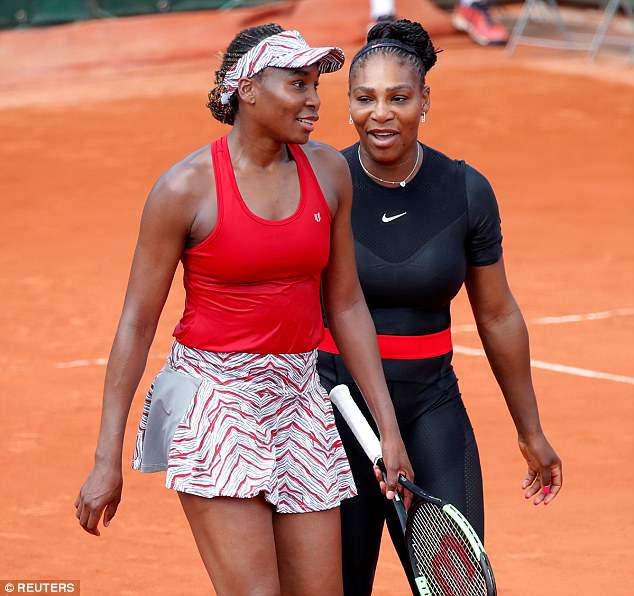 When Hooper tells her there is something remarkable in deciding such a thing at the age of four, and never deviating, ‘she is uncomfortable with the idea that she is special: “You overcome barriers if you have this goal to drive towards” is about as much as she will concede’.

On the face of it, she is Exhibit A for the fashionable view that extreme success has little to do with genetics and is overwhelmingly the product of effort.

This has been popularised by Malcolm Gladwell, in his book Outliers, which rested on the theory that if you practised something for 10,000 hours, you could reach the highest level (for example, in musical performance).

If only it were so simple. As Hooper points out, Zach Hambrick, of the Expertise Lab at Michigan State University, took eight studies of musical expertise and practise, analysed the data from all of them ‘and found that the amount of practise put in accounted for 30 per cent of the variance in performance’. I don’t know how he measured ‘variation in performance’ — musical performance is not quantifiable in the way chess results are — but if this figure is remotely accurate, it suggests 70 per cent of performance differentiation is to do with something that we might describe as ‘natural ability’. 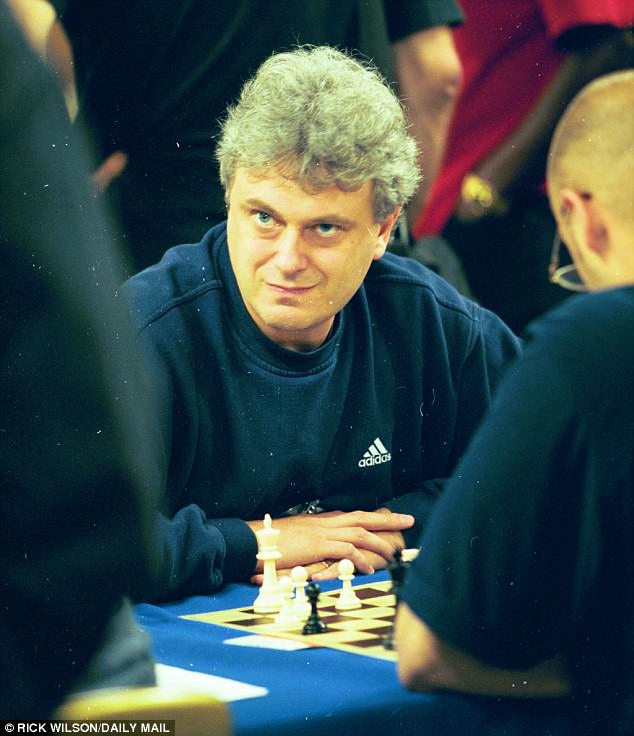 And twisting the knife into the ‘we can all be winners’ brigade, Hooper goes on to argue that the latest research suggests even the propensity to practise and work hard can be explained genetically.

However, it’s not all genetics, as he acknowledges. And, although he never discusses such cases, I can think of two families in which extreme achievement was, to an extraordinary extent, a manifestation of parental will.

In the field of tennis, can the achievements of the Williams sisters, Venus and Serena, however impressive they may appear to be as ‘natural athletes’, be separated from the fact their father single-mindedly devoted himself to making his daughters champions from the time they could walk?

All three achieved Grandmaster results and the youngest, Judit, became the strongest woman chess player of all time. She beat Garry Kasparov in one memorable game, which must have given her particular pleasure, as he had dismissed the Polgar sisters as ‘trained dogs’. 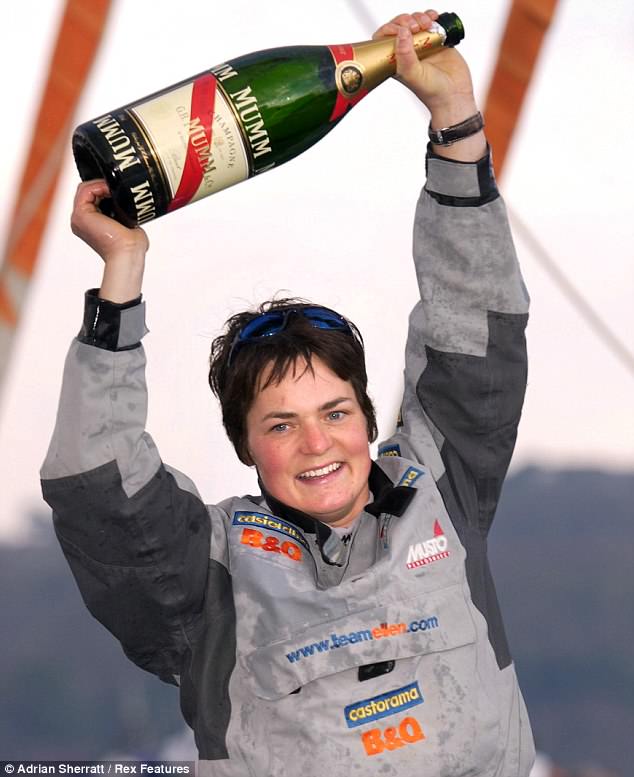 Ellen MacArthur (pictured) told Rowan Hooper she obsessively worked towards achieving her goal to sail around the world.  Dominic Lawson argues achievements seem less heroic if they were all preordained by genes

Actually, Kasparov — widely regarded as the greatest chess player in history — would approve of Hooper’s notion of diligence as itself in part an inherited gift.

Kasparov rejected the idea that anyone could work as hard as he had done to become world champion and declared: ‘The ability to work hard for days on end is a talent.’

Agree or disagree, the source of extreme human performance is a subject that will never cease to fascinate us. These men and women, after all, are our heroes.

But they’d seem less heroic to us if we believed their achievements were pre-ordained via their genes. And I don’t believe that. Our lives are also influenced by chance and circumstance — even if such elements can never be measured in a laboratory. 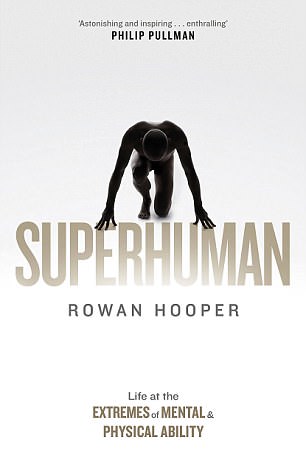 Yet the biggest hero among Hooper’s interviewees is a woman who has never won anything. Her name is Kate Allatt and she is, as far as her doctors are aware, unique in making a full recovery from ‘locked-in syndrome’.

This is the name given to the results of a massive stroke in the brainstem: its victims are completely paralysed, not even able to breathe unaided. Yet Kate, a working mother-of-three from Sheffield who was struck down in this way in 2010 at the age of 39, somehow managed to regain full movement.

It took her eight weeks of vast effort to move her right thumb two millimetres. Then she managed to advance from communicating via eye blinks to actual speech. Eventually, she managed to walk out of the hospital where, originally, she was written off.

Her motivation was maternal love: ‘I said, you know what. I’m not taking that. I’ve got three kids at home, I’ll try everything. I tried really, really hard, over and over and over again.’

Professor Parashkev Nachev, a neurologist at University College London, explains that the damaged brain can ‘re-order’ through effort — what he calls ‘trialling’ — and that ‘Kate’s superhuman drive means she did a lot more “trialling” than others in her condition, indeed probably any patient I have ever come across, and so the brain was able to self-organise to a far greater extent than an ordinary human being.’

So, as Hooper says, Kate Allatt is the real superhuman in his book.

Last month, the Daily Mail launched our search for a first-time novelist with an outstanding prize of a £20,000 advance fee, the services of a top literary agent and guaranteed publication by Penguin Random House UK.

And, even if you haven’t yet started typing, there’s still time to send in your entry. We don’t need the finished novel, just the first 3,000 words plus a 600-word synopsis of the complete work: beginning, middle and end.

Your entry can be a contemporary story about families or relationships, a thriller or an historical adventure, as long as it is aimed at adults (not children) and has not been previously published in any format (including eBook or self-published).

The only categories not allowed are sagas, science fiction and fantasy.

Entrants must be 16 or over — but there’s no upper age limit!

Be sure to grab the judges’ attention from your first line and develop characters the reader can believe in and care about.

Please read carefully, because any entries that do not meet the rules will be discounted. Full terms and conditions, to which you must agree and be bound by, are available online at: www.dailymail.co.uk/firstnovel

1. Please submit your entry consisting of the first 3,000 words of your novel in the English language and a synopsis of the rest of the plot in no more than 600 words. All entries to be printed on A4 paper with double spacing in font size 12 point, Times New Roman.

2. Entries are to be posted to: Daily Mail First Novel Competition, c/o Penguin Random House Group, 20 Vauxhall Bridge Road, London SW1V 2SA to arrive by 17.30 GMT on Friday, July 13, 2018. Entries received after this date will not be judged. (DO NOT SEND YOUR ENTRY DIRECT TO THE DAILY MAIL.)

3. All entries must include a cover sheet with your full name and contact details (including home and email address). You must also confirm that you have read the full list of terms and conditions available online.

4. Entrants may submit only one entry to the competition. No manuscripts will be returned, so keep a copy of your work.

5. All entries must be original, previously unpublished works of fiction. Entrants must not have previously published a novel — this includes novels that have been self-published or are available only as eBooks.

6. Entrants must not be currently represented by a literary agent.

7. All entrants must be in a position to deliver their complete manuscript no later than the end of March 2019 should they win.

8. The competition, which is free to enter, is open to anyone aged 16 or over who is a resident of the UK or Republic of Ireland, except for employees (and their families) of the Penguin Random House UK group, Associated Newspapers Ltd and any other company associated with the competition.