Fascinating ‘occupational portraits’ from 1800s kept in Library of Congress

Tools of their trade: A seamstress poses beside her sewing machine, a music teacher holds his instrument and chimney sweeps are pictured with their brush in fascinating ‘occupational portraits’ from the 1800s unearthed by the Library of Congress

Fascinating photos kept in the Library of Congress have revealed the occupational portrait trend in the 19th Century.

In the snaps, taken between 1840 and 1880, professionals and labourers are seen showing off their career with the tools of their trade.

A music teacher carries his instrument, a seamstress sits next to her sewing machine, and a stonecutter mimics the motion of chiseling away at a rock in the pictures which give a fascinating glimpse into the 19th century life.

As photographs became more popular following the creation of the camera in 1826, studios began taking these types of portraits in the middle of the century.

Several of the portraits below are daguerreotypes, which were printed on silvered copper plates. Early versions of this photographic method meant the subject had to sit still for up to a minute and a half.

The Library of Congress on Capitol Hill in Washington D.C., which keeps the portraits, contains around 14.7 million prints and photos as well as more than 32 million books.

This occupational portrait, taken between 1870 and 1880, shows music teacher Newton Stevens. Kept in the Library of Congress, it was taken in Schroon Lake, New York 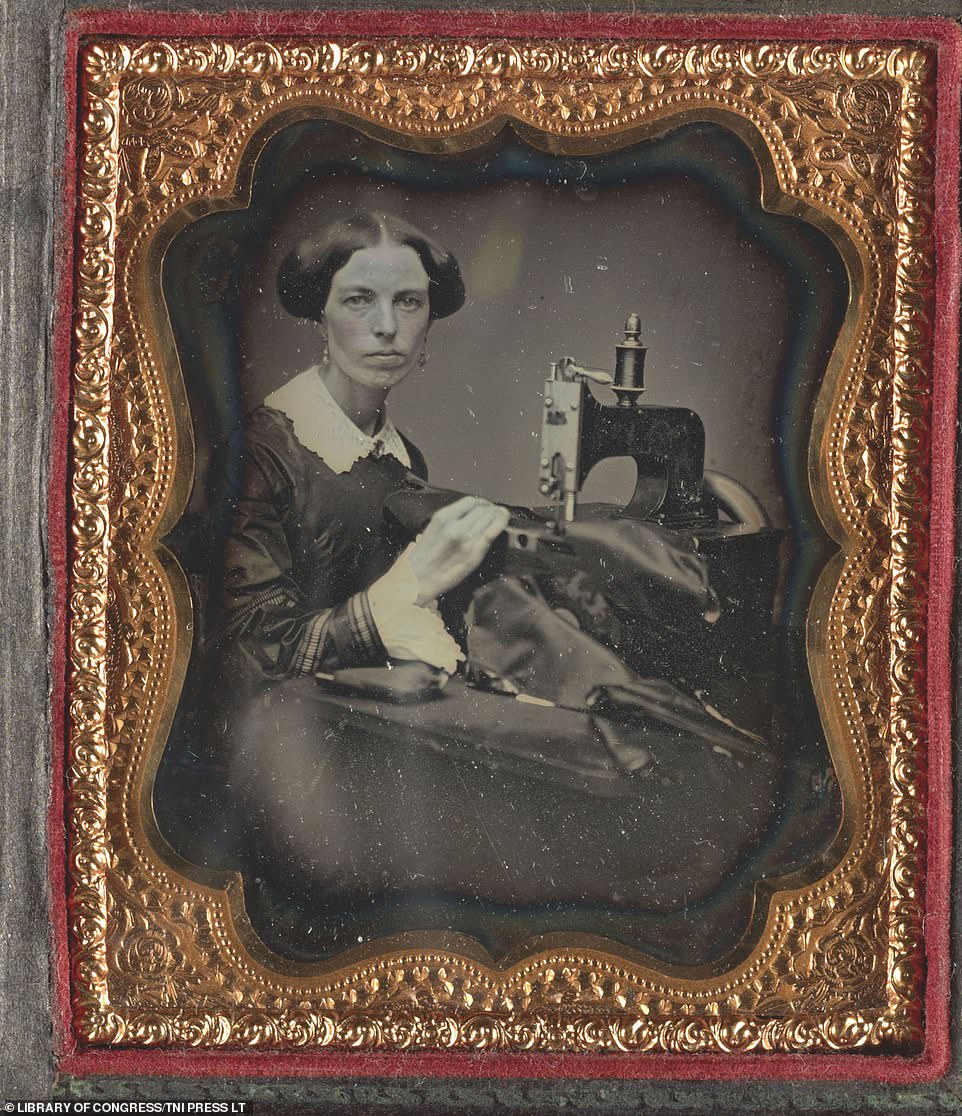 An unidentified seamstress sits next to a Grover and Baker sewing machine in 1853. It is a daguerreotype, meaning it was printed on a silvered copper plate 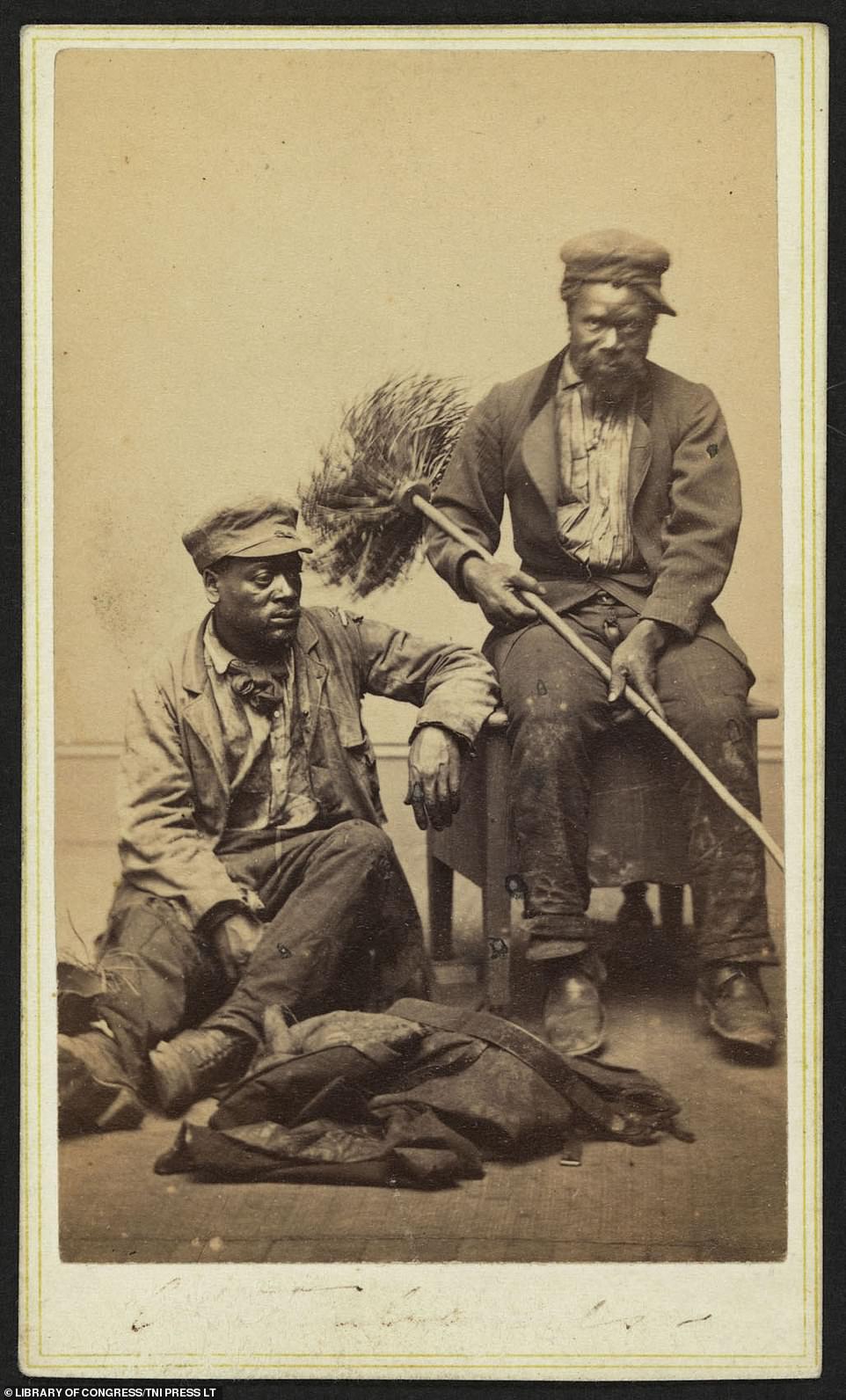 These two chimney sweeps, who lived in New York, had their portrait taken with their sweeps between 1860 and 1870 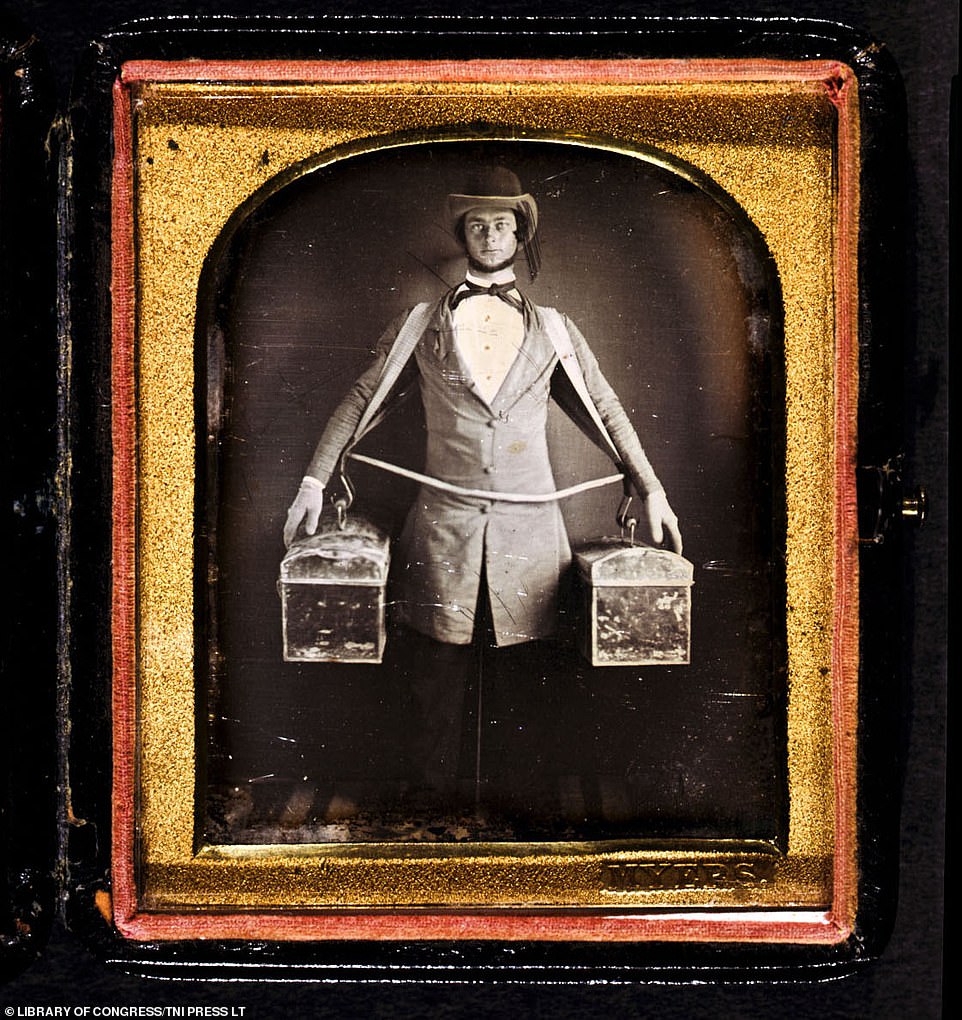 This portrait of a peddler, taken between 1840 and 1860, shows a man holding up two cases, presumably holding his wares. The man needed a neck brace to evenly distribute the heavy weight 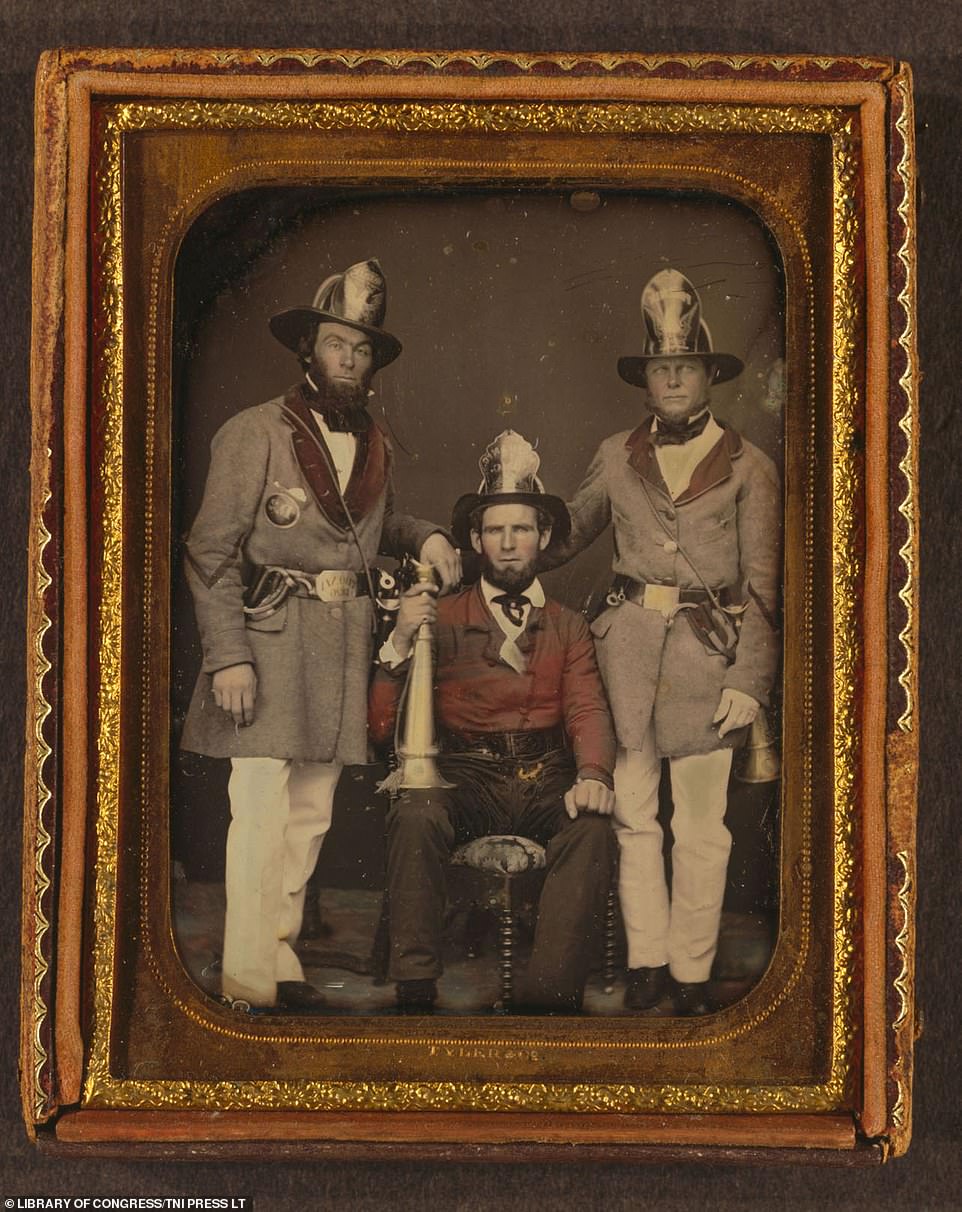 This snap shows three foremen from the Phoenix Fire Company and Mechanic Fire Company in  Charleston, South Carolina, in 1855 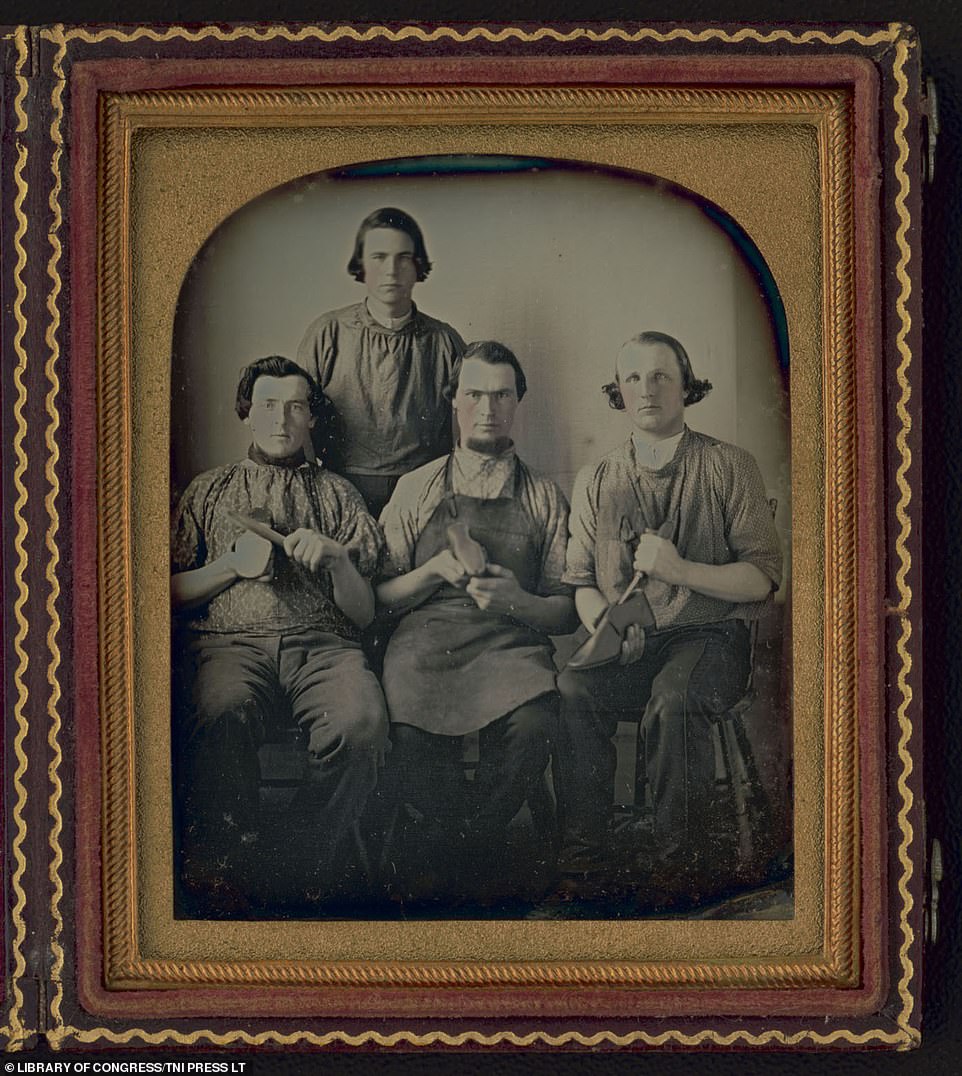 These four shoemakers, photographed between 1840 and 1860, hold up various objects that help them in their craft 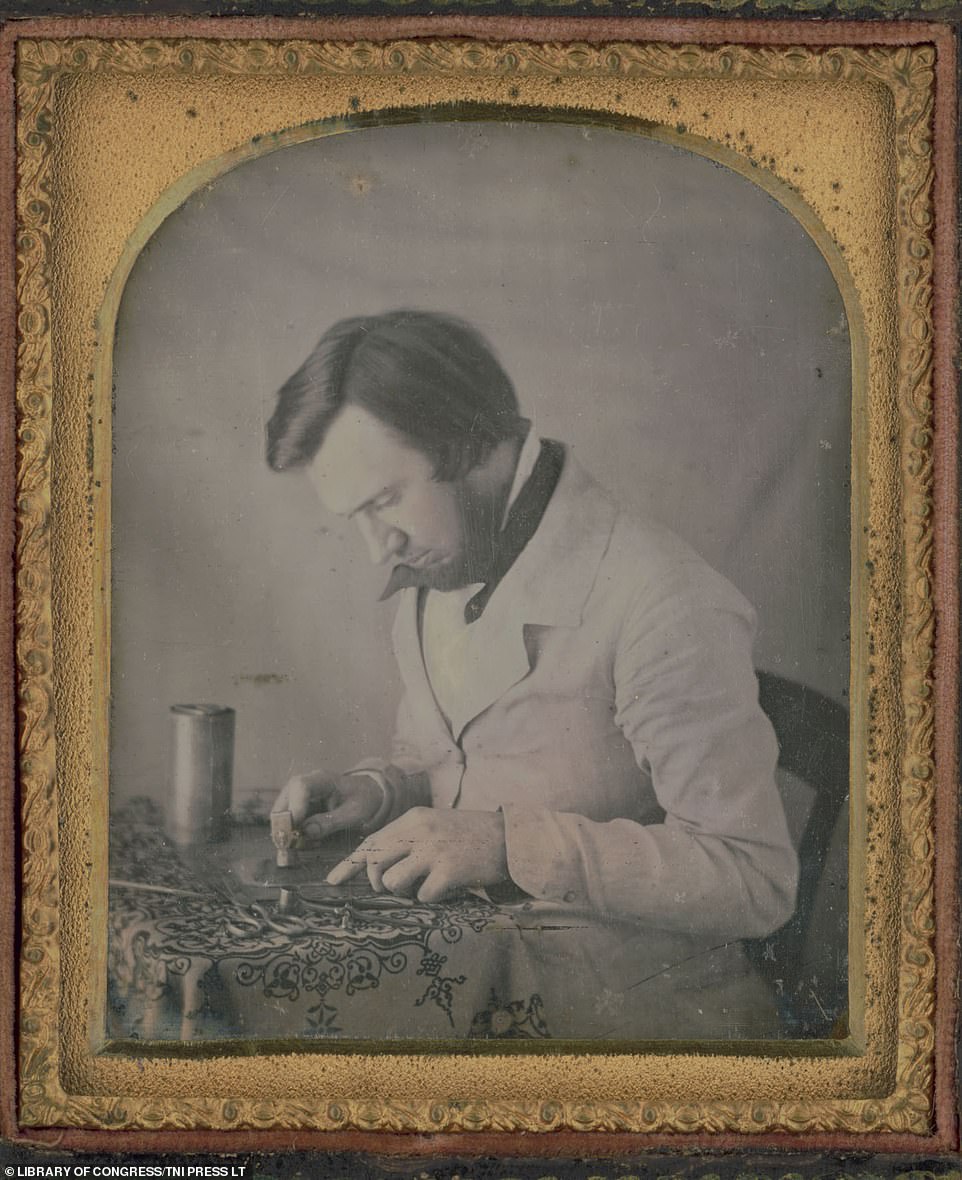 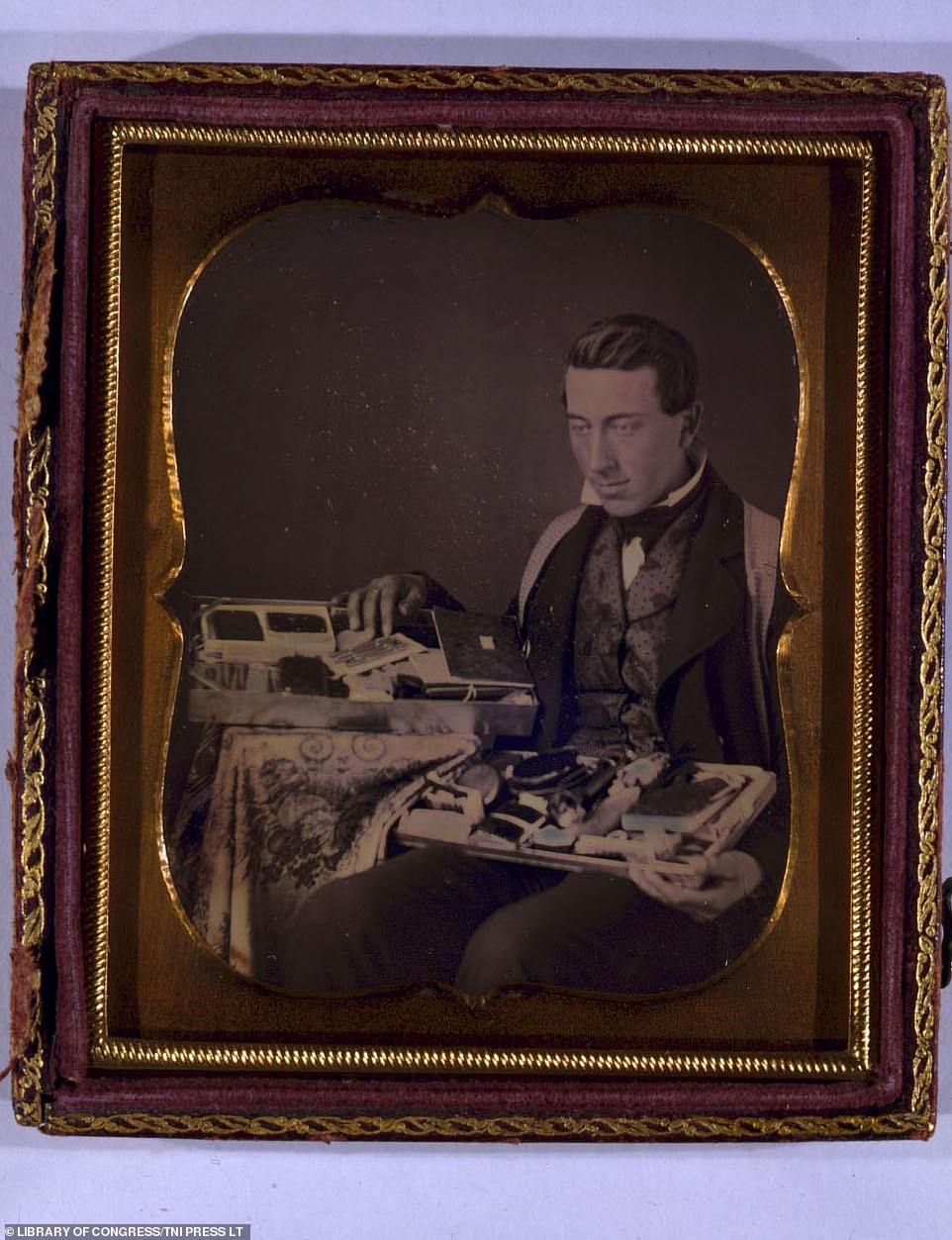 A salesman displays his wares between 1850 to 1860. Daguerreotypy was the first publicly available, and commercially successful, photographic process 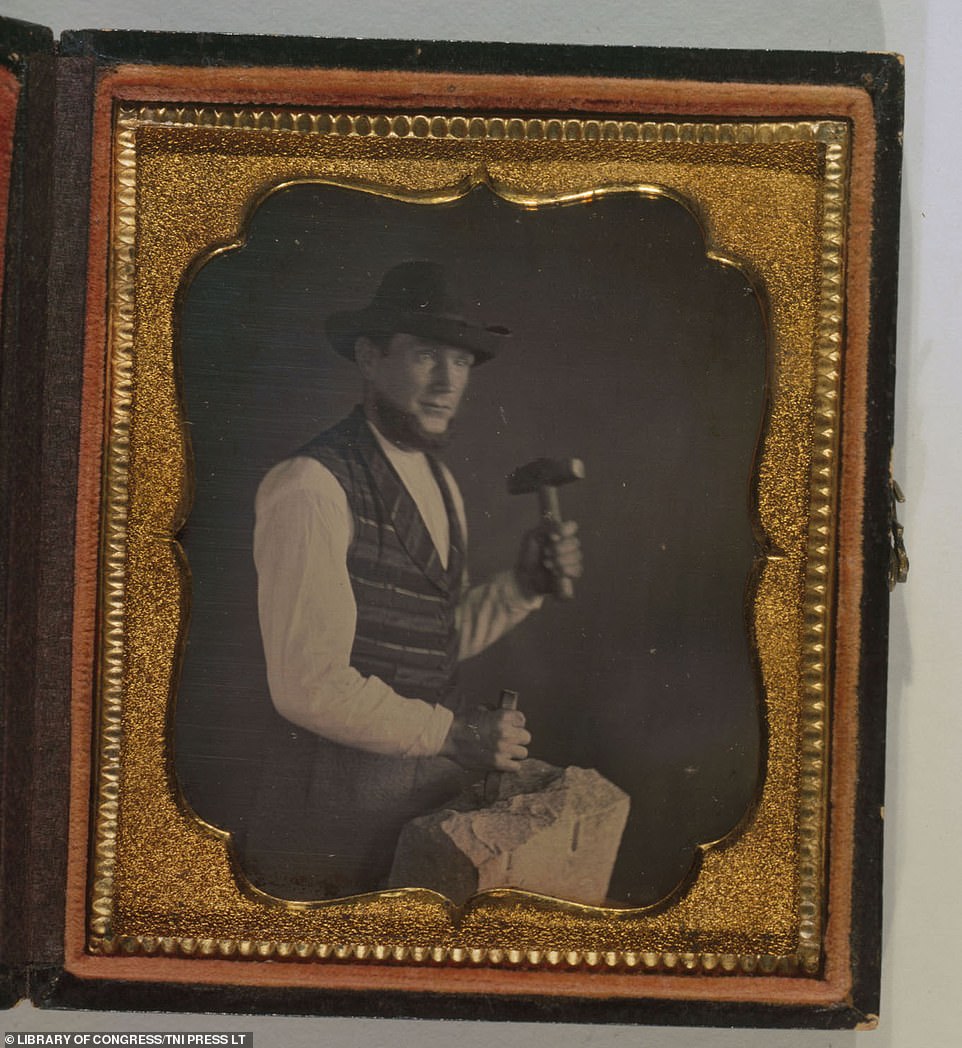 Many occupational portraits saw tradesmen pretending to work, including this stonecutter with his mallet and chisel. It was taken between 1850 and 1860 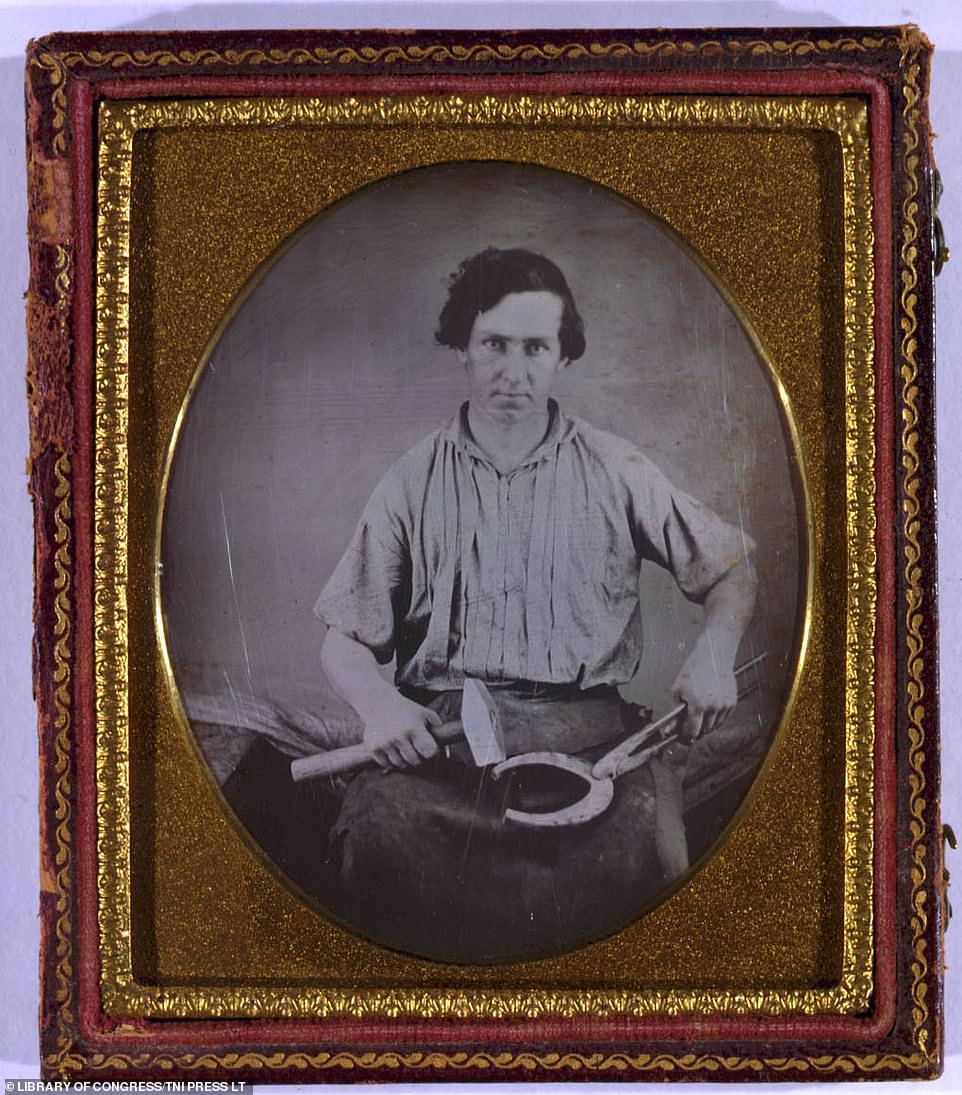 In this picture, from between 1850 and 1860, a blacksmith holds a horseshoe with a pair of pliers and a hammer in the other 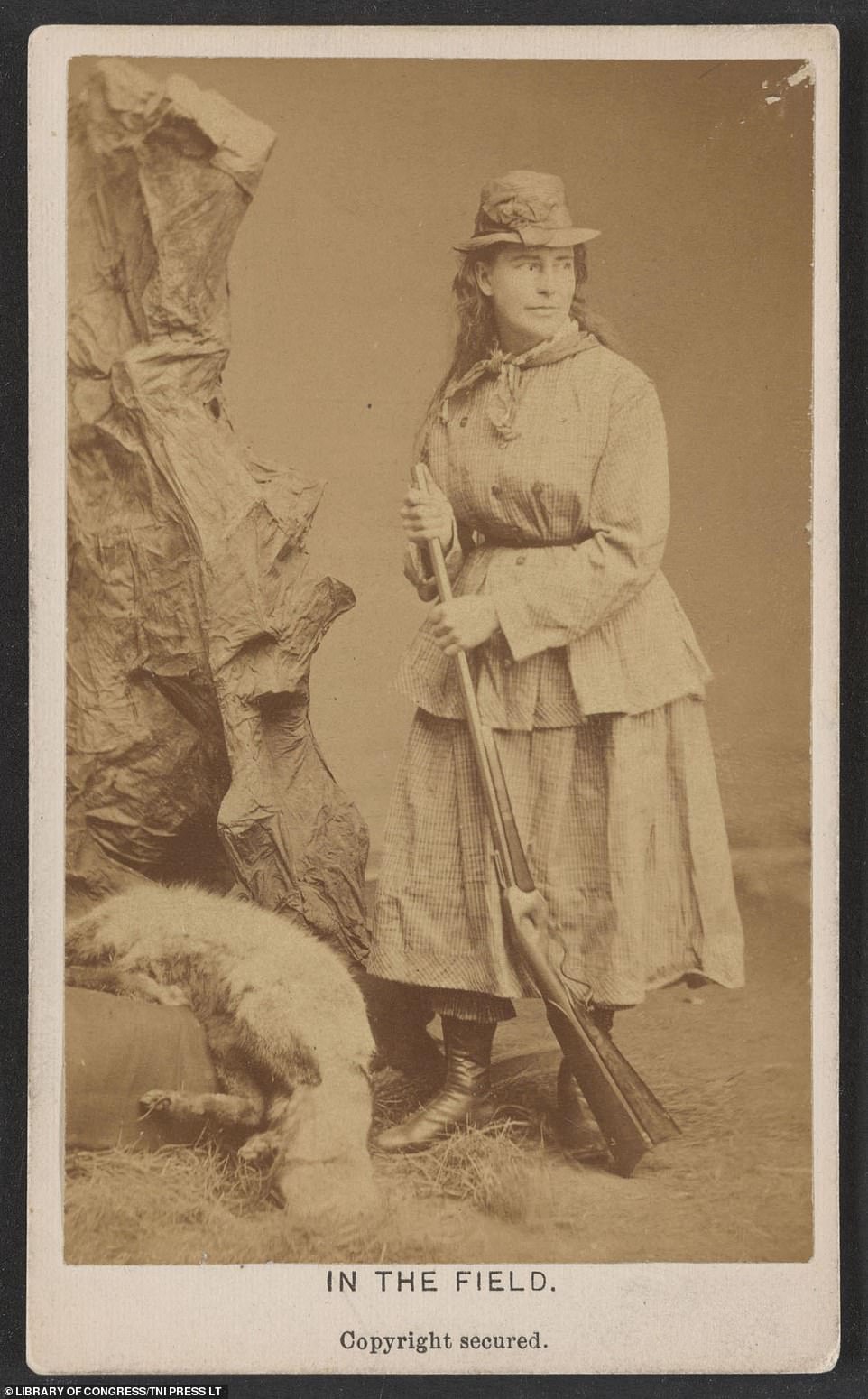 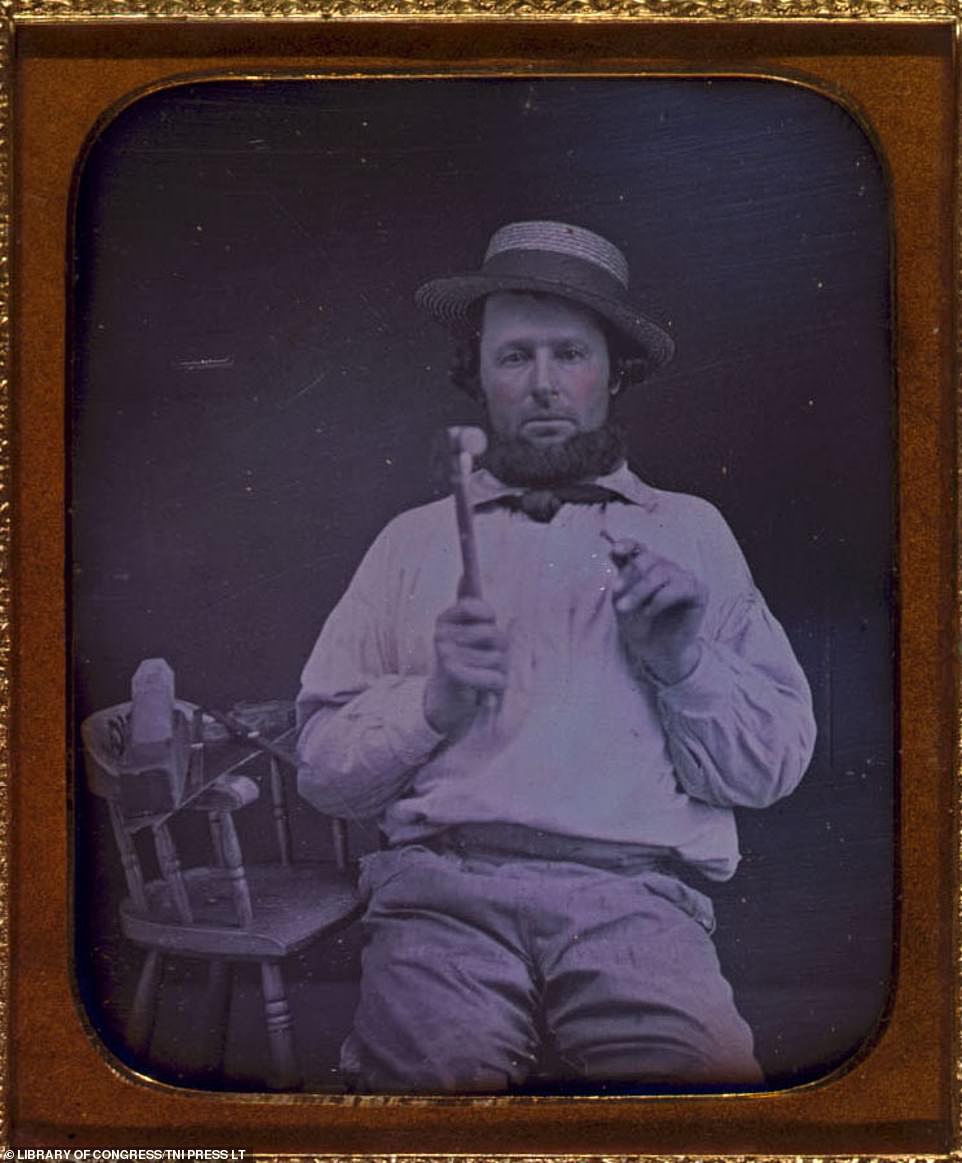 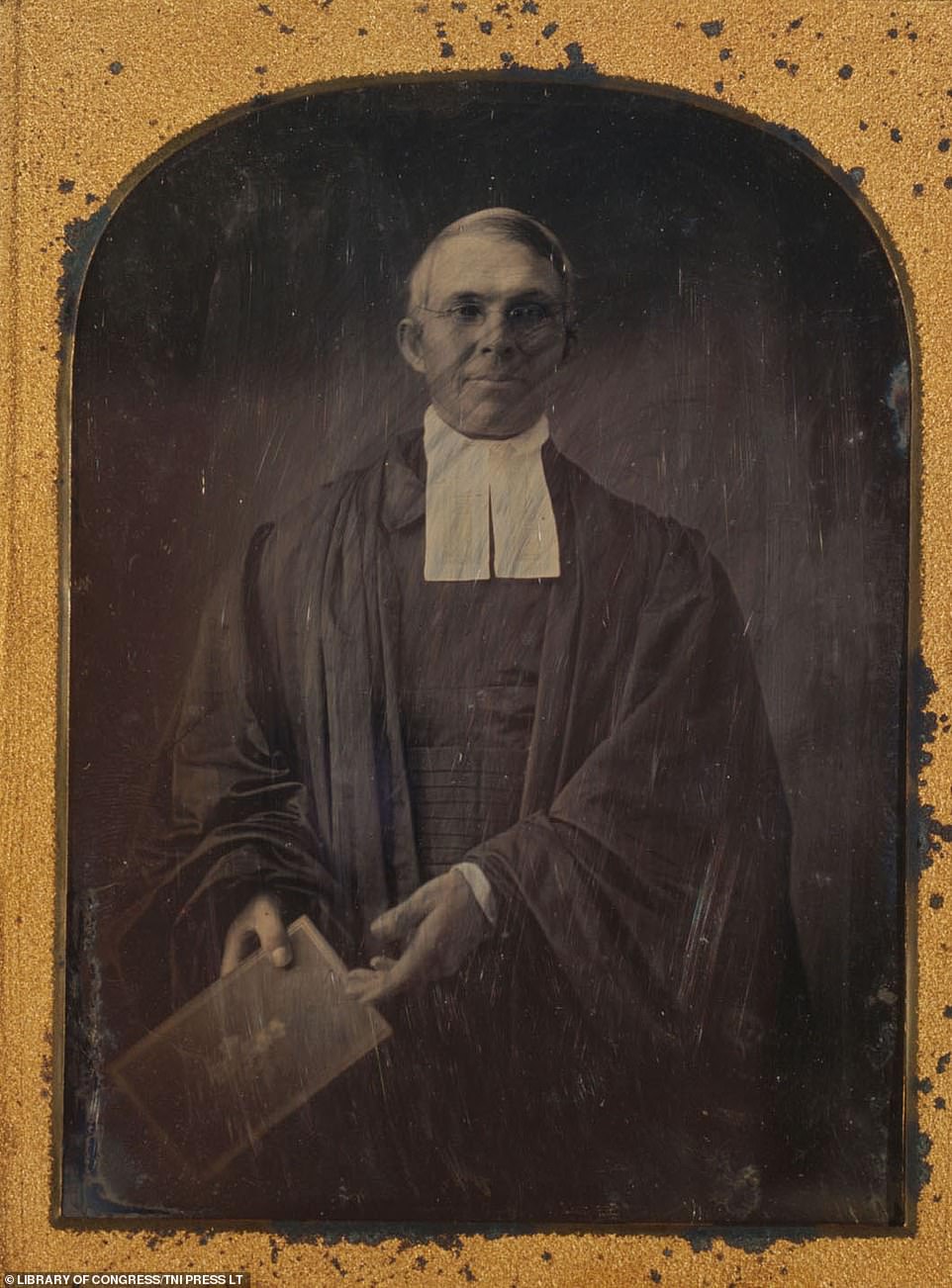 This clergyman decided his robes didn’t quite show off his profession enough, so he held up and pointed towards a bible for this portrait from between 1840 and 1860 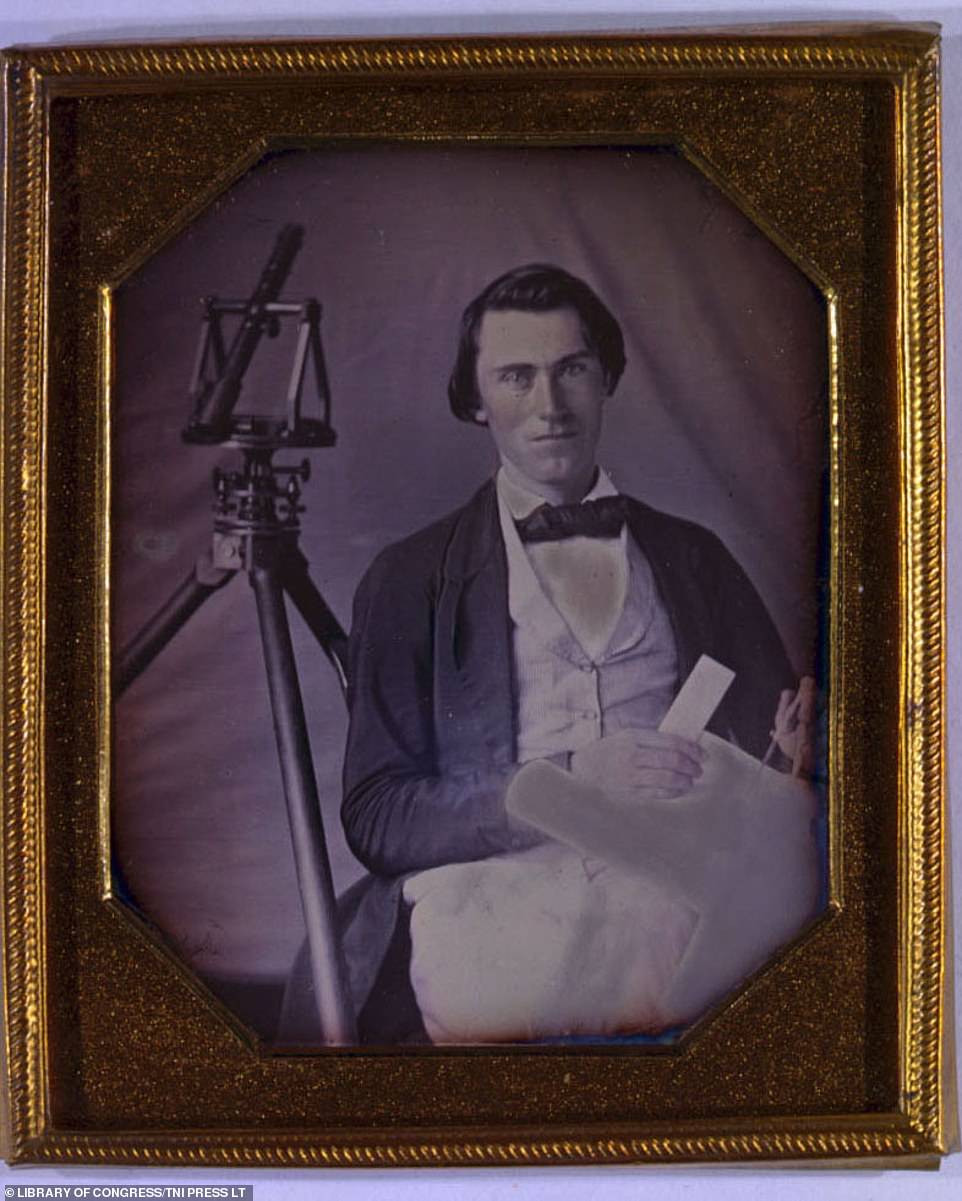