There’s a secret world within London, behind locked doors and lost entrances.

It claims to be the first narrative of a ‘previously secret and barely understood aspect of London’s history’.

As the London Tube network has expanded, the book says, it’s left behind hidden places and spaces.

Within the tome readers will discover an analysis of why these places, from the deep-level shelter at Clapham South to the closed Aldwych station, have fallen into disuse.

And here, with kind permission of the publisher, Yale University Press, we present some of the mesmerising images from the book. 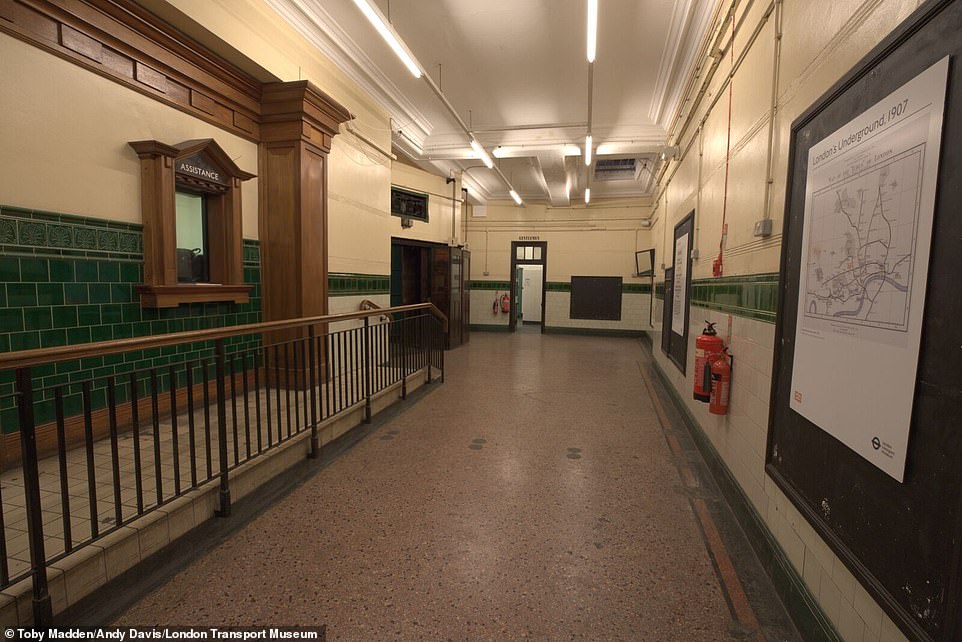 The booking office at Aldwych. You can take a tour of the station for £41.50 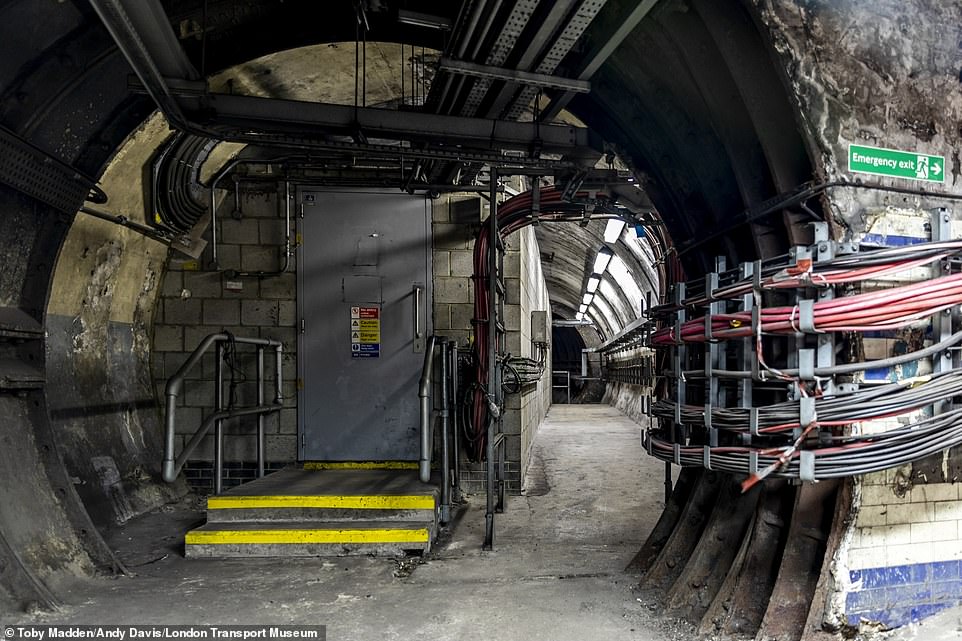 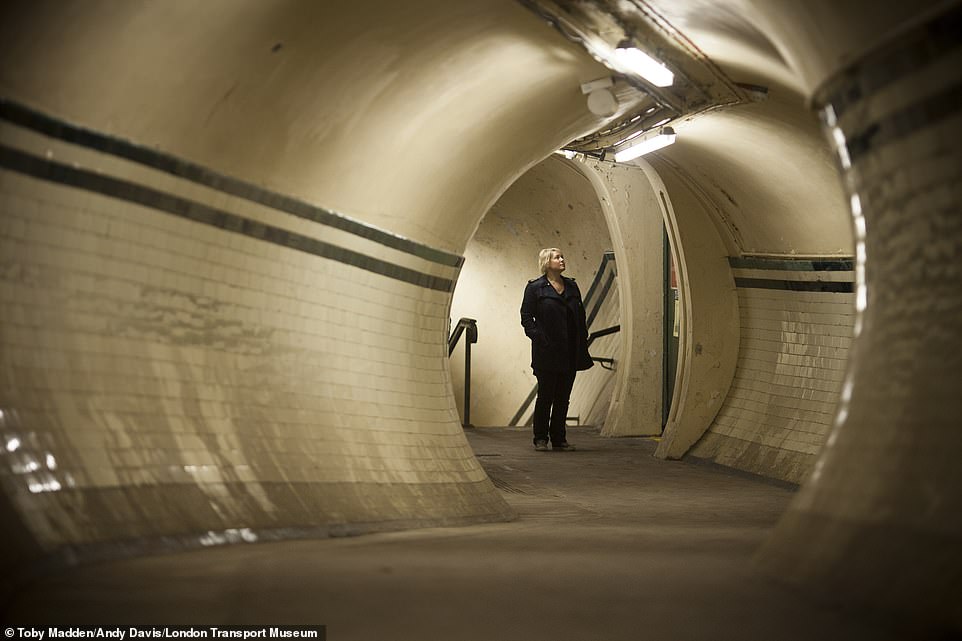 The atmospheric passageways of Aldwych station, as experienced on a Hidden London tour 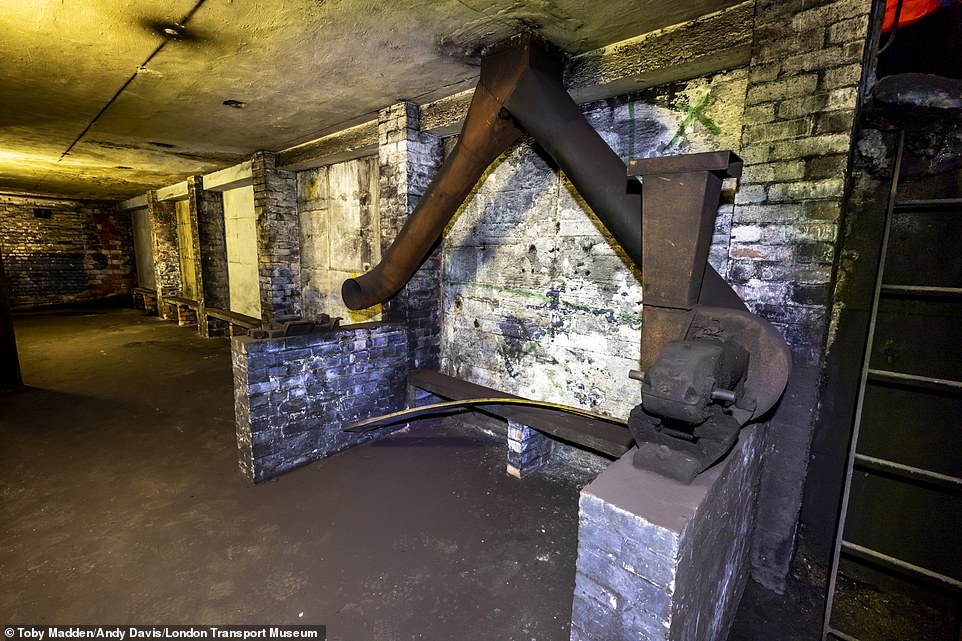 A ventilation system dating from the Second World War at Whitechapel St Marys – one of several stations where disused platforms were converted for use as civilian shelters during the war and run by the local authorities. Although just below the ground, the shelter survived a Blitz attack that destroyed the station’s surface-level building. This station was opened in 1884 and closed in 1938 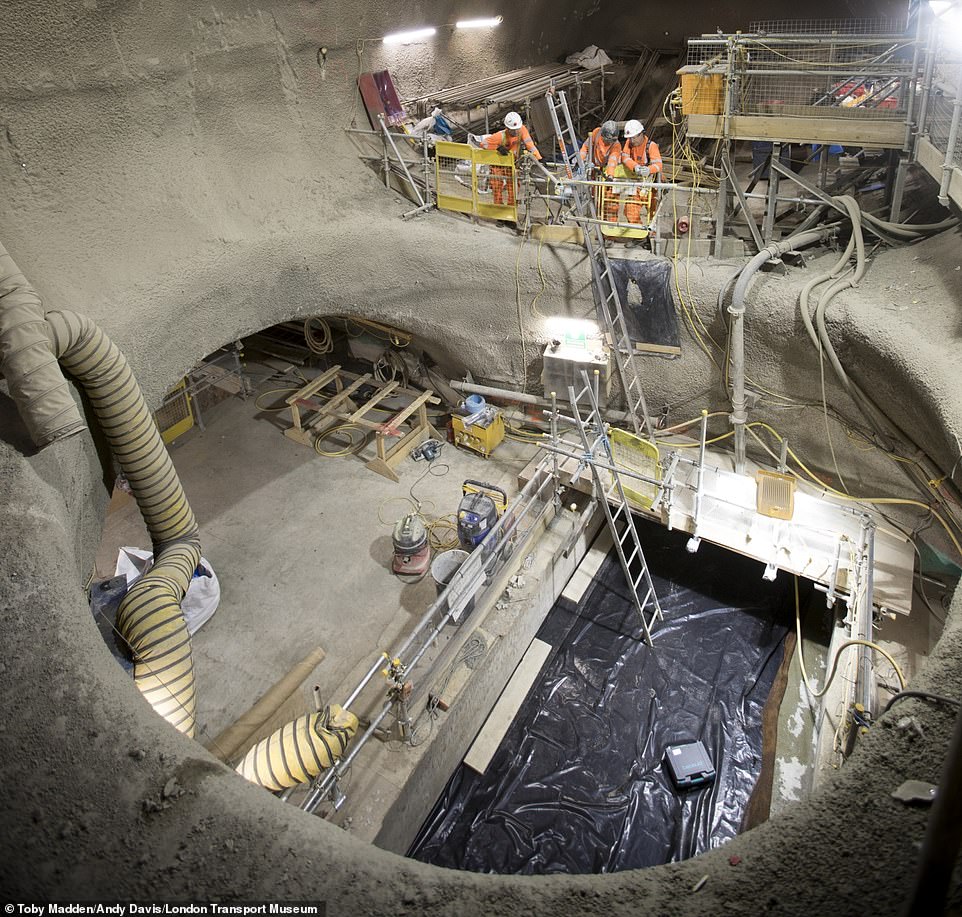 An escalator shaft and works access tunnel under construction at Bank in 2018, with modern construction techniques used on an epic scale to upgrade capacity and interchange behind the scenes 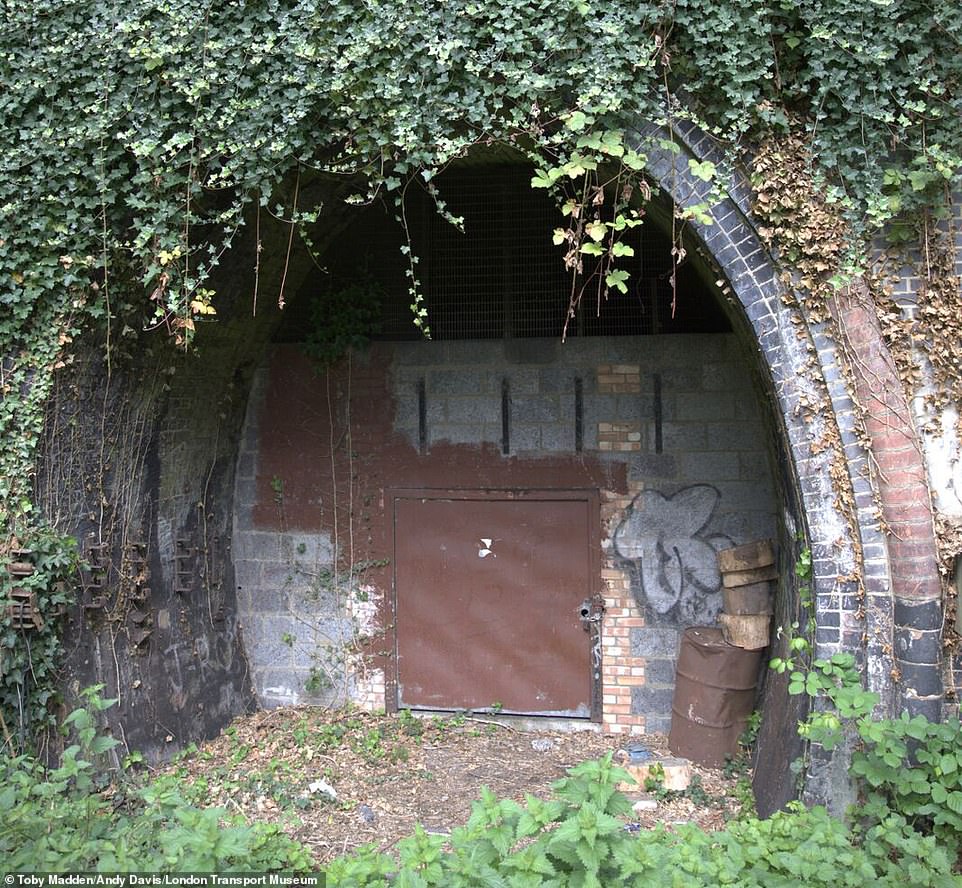 One of the bricked-up station tunnels at Highgate station, now a protected bat sanctuary 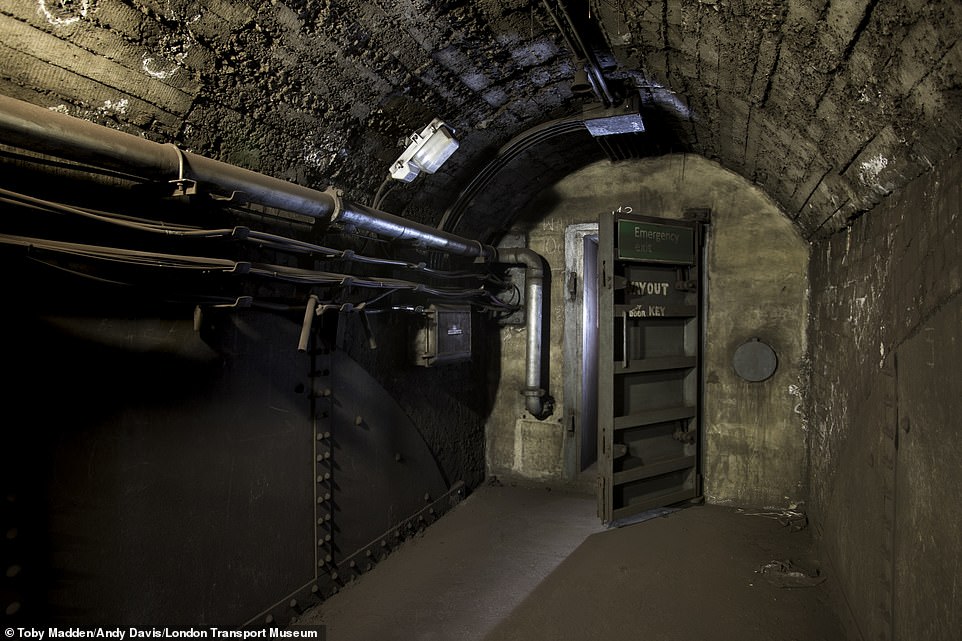 One of the original, subterranean passenger walkways at North End, built in the 1900s on the Charing Cross, Euston and Hampstead Railway, but never used. It’s seen here with later flood defence modifications, including a reinforced steel door 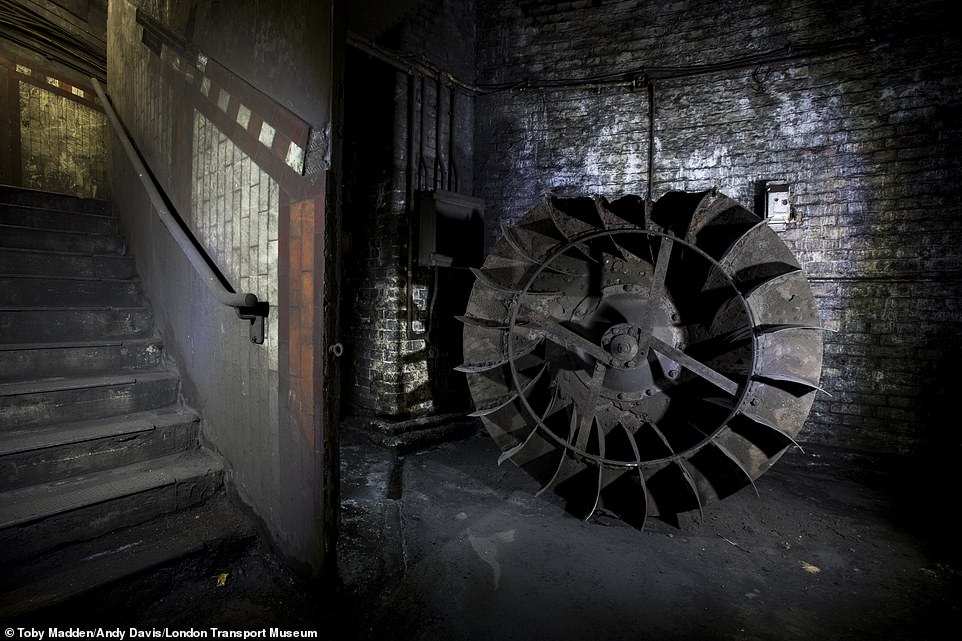 A large, redundant fan impeller in a dark corner of disused York Road station. This station opened in 1906 but closed in 1932 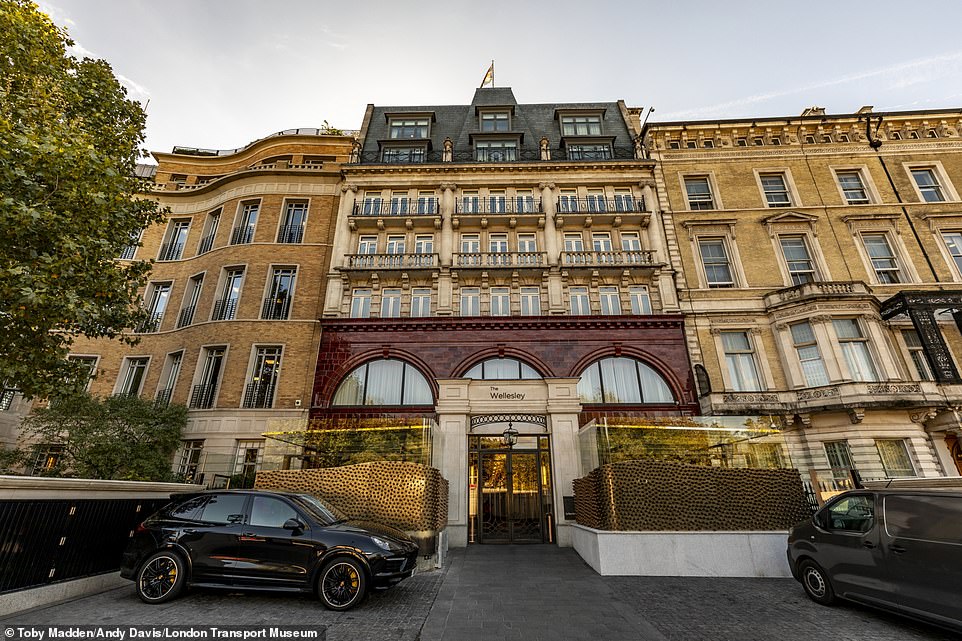 The distinctive exterior of a disused station, designed by architect Leslie Green, is still recognisable at Hyde Park Corner, despite having been incorporated into a hotel facade 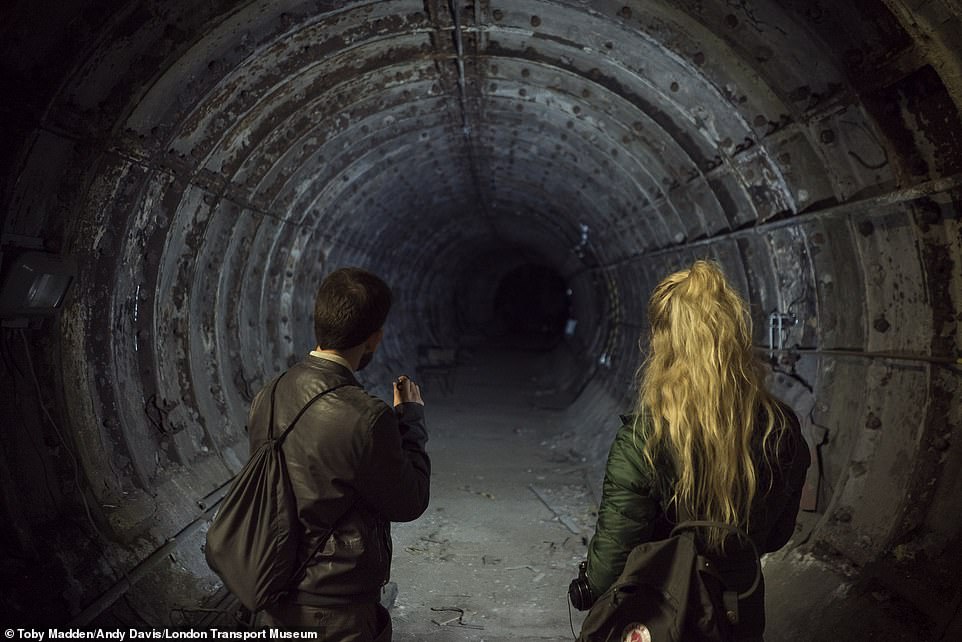 Tour-goers peer down a tunnel at Aldwych Station. It opened in 1907 but closed nearly 100 years later in 1994 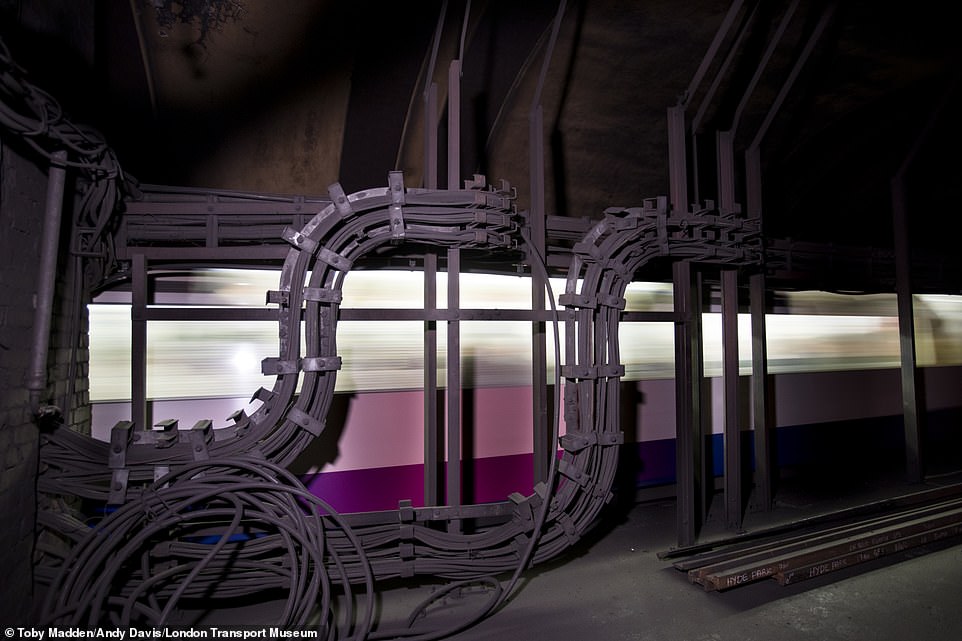 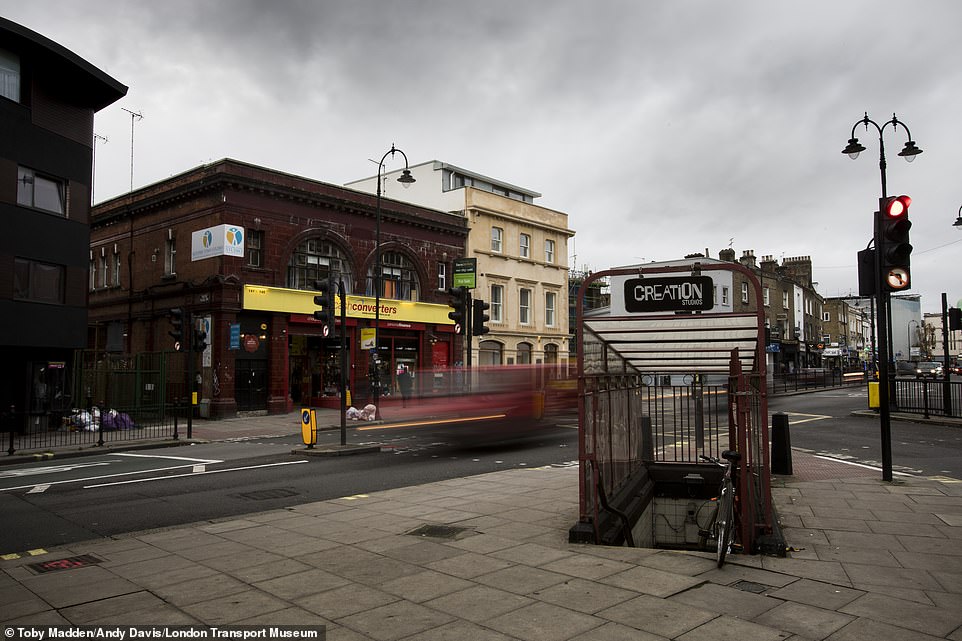 The exterior of disused South Kentish Town station, closed in 1924 and now re-purposed as a shop. The station is also the location for a short story by John Betjeman, in which a hapless commuter is left stranded underground after inadvertently alighting at the abandoned platform during an unscheduled stop (South Kentish Town, 1951) 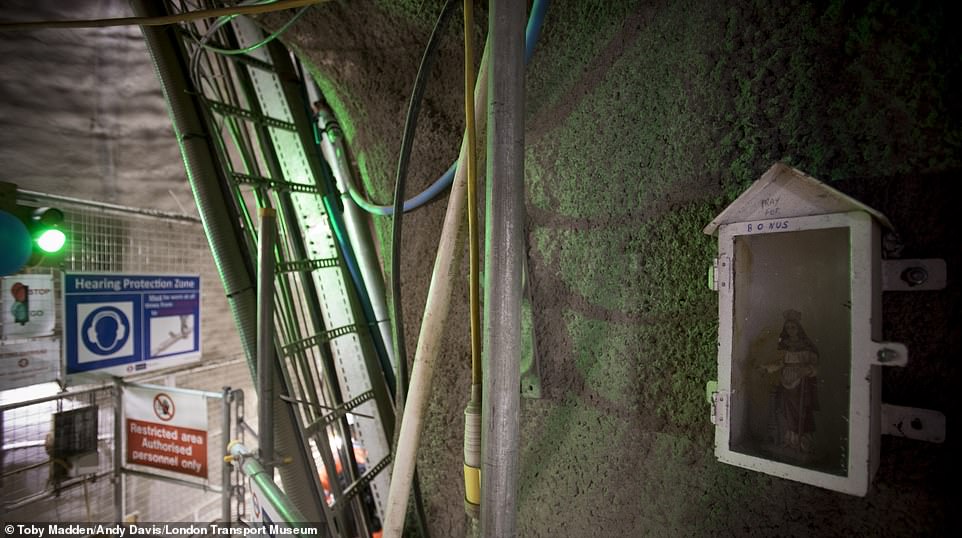 Along with health-and-safety notices, a shrine to Saint Barbara, the patron saint of tunnellers, can usually be found in underground construction sites. Here, at Bank, it seems that the construction workers have asked the saint to consider an additional request 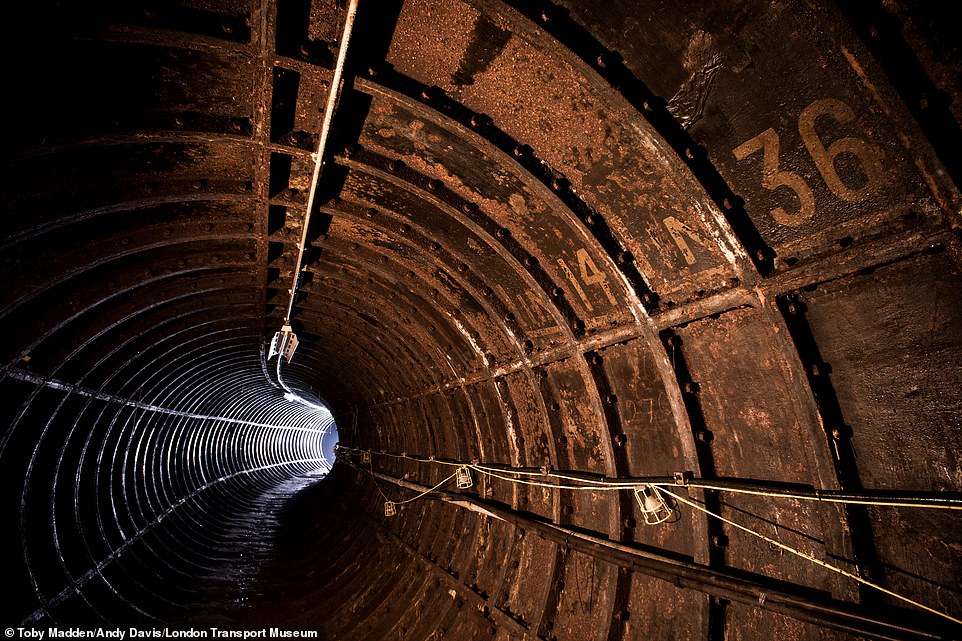 One of the tunnels under the Thames. The original gradient markers on the tunnel wall record just how steep the approach to the station was at this point, rising 1 in 14 and 1 in 36 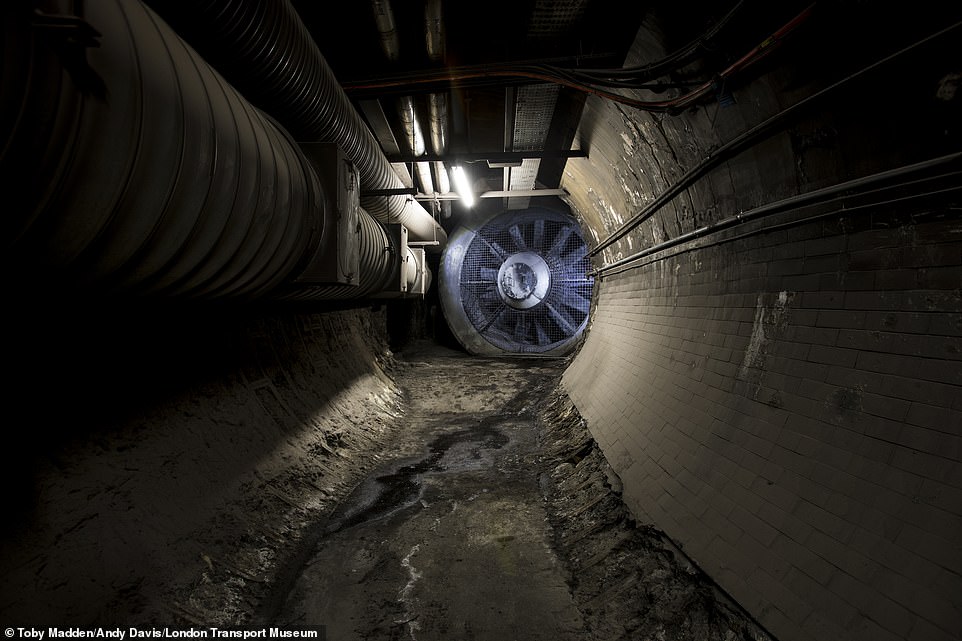 These subways and lift shafts at Moorgate were converted for ventilation 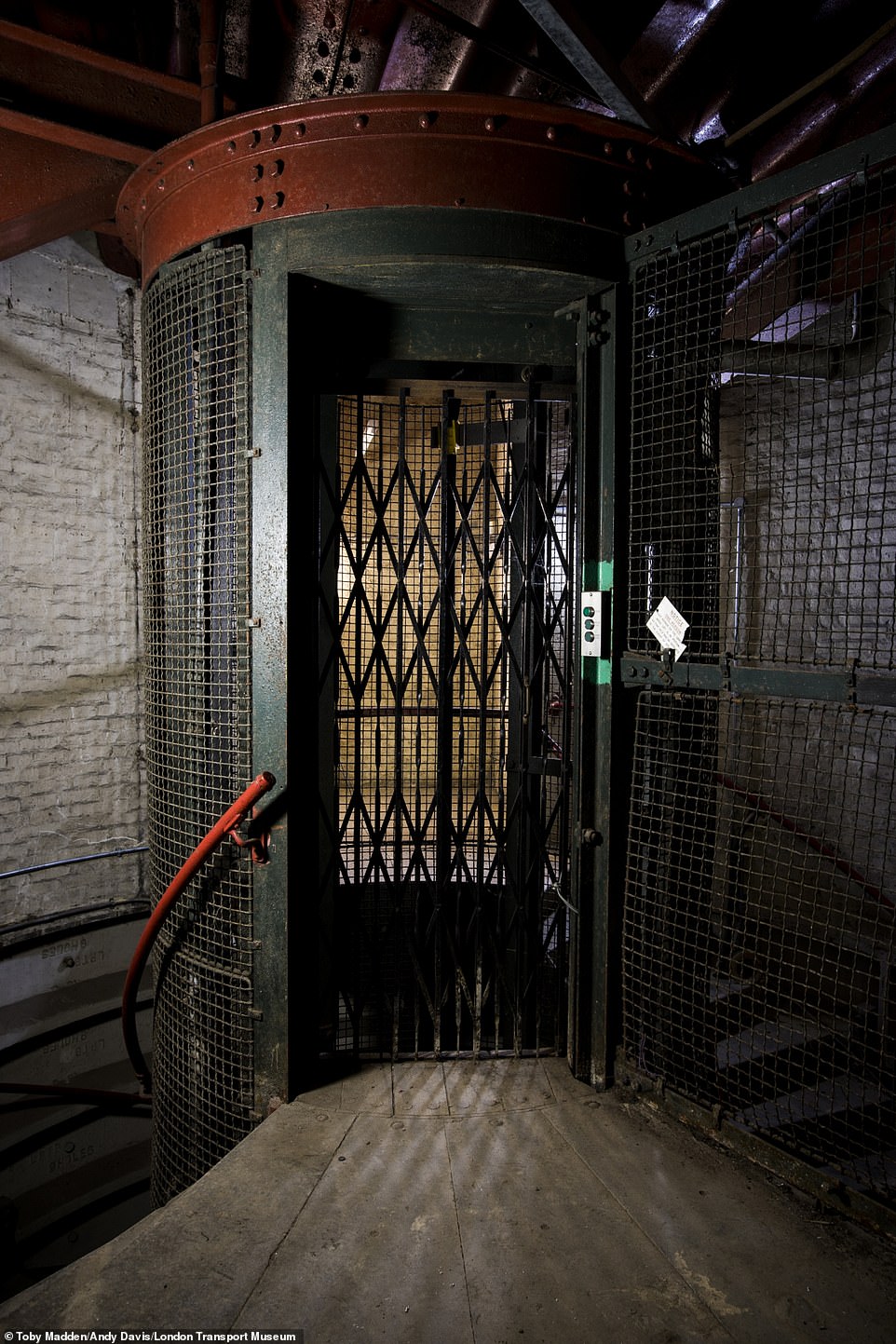 Protected inside the core of the rotunda at Clapham South is a pair of staircases, arranged in a double helix around a service lift. The two entrances allowed a steady flow of up to 8,000 people to enter the building in less than an hour 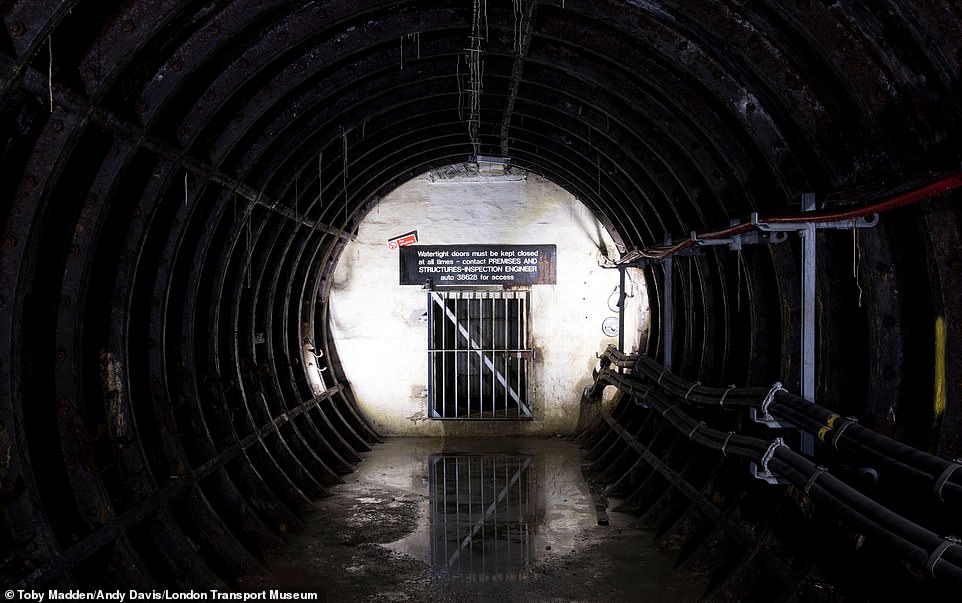 The sealed tunnel entrance leading from King William Street station under the Thames. This station opened in 1890 but shut just ten years later