‘Fast and Furious’ Tesla driver is charged with dangerous driving

A 46-year-old Tesla driver is facing facing charges of dangerous driving charge after the vehicle he was driving went airborne in Canada.

The remarkable footage was captured by security cameras in Barrie, Ontario and shows the Model S taking off, soaring through the air.

It happened after the vehicle crossed a steep incline leading up to railway tracks.

The vehicle became airborne and crashed more than 100 feet later into the opposite lane.

A four-door Tesla flew into the air as it crossed railway tracks in Ontario, Canada 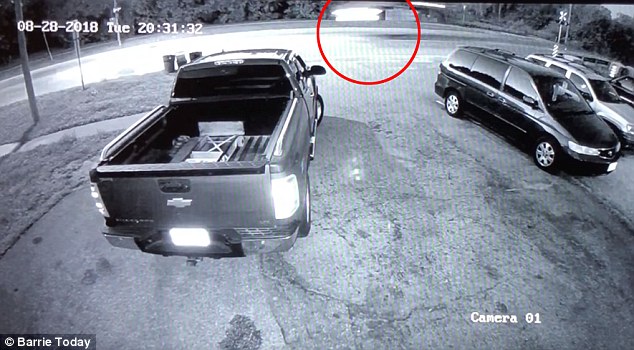 ‘The impact of the crash forced the vehicle to skid across the roadway and hit a tree in a nearby school parking lot,’ according to a police report.

The driver and a passenger both suffered minor injuries, according to Barrie Today.

Local resident Roger Natale saw it all happen from his driveway.

‘The speed was incredible—80 or 90 km/h or more. It was just lucky that no one was coming from the other way. It would have been game over,’ he told CTV Barrie. 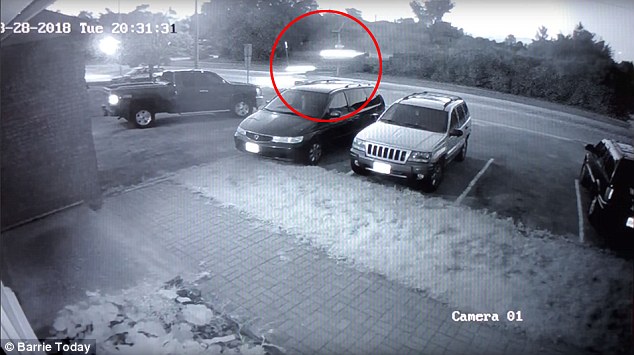 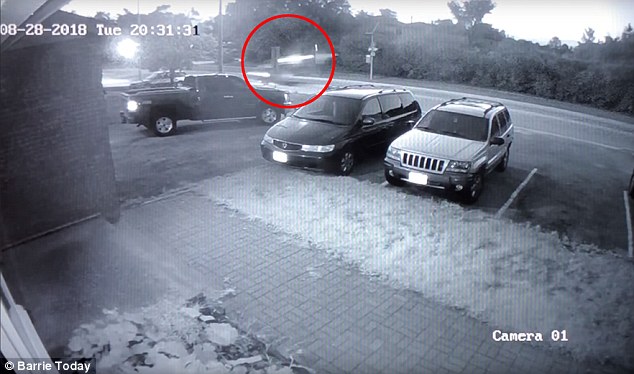 The Barrie police said the car was traveling at a high rate of speed as it drove up the incline and ‘went airborne.’

‘He not only endangered their lives but the lives in the other vehicles—any vehicle coming from the opposing direction could have been involved,’ Const. Sarah Bamford said.

‘It may look “cool” and like something from out of the movies, but in reality the action of this driver put many lives at risk,’ she continued.

The driver is due in court in October. 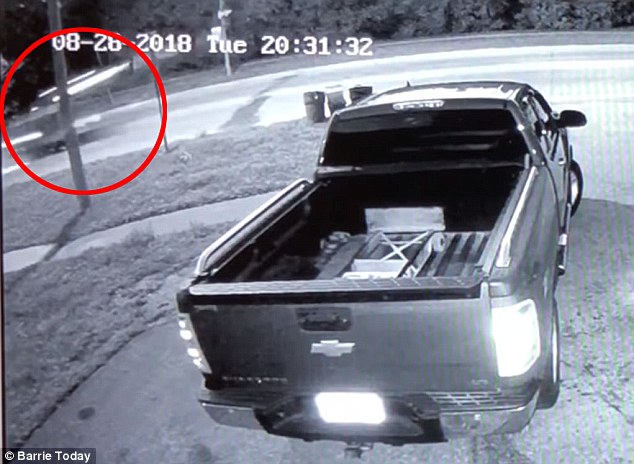 Residents rushed out of their homes after they heard the car fly by in Barrie, Ontario