Sprinkles with that? Waffle company in Covent Garden launches VERY rude versions of the popular French dessert – with one customer joking the £7 snack was ‘the best I’ve ever had’

An enterprising new London waffle company has come up with a risque take on the traditional French dessert – but you might blush a little while devouring one.

Zizi Factory, in Neal Street, Covent Garden, has launched ‘w****’ and ‘f****’ waffles to tourists and workers in the capital – with toppings including white and milk chocolate balls and lashings of Chantilly cream. 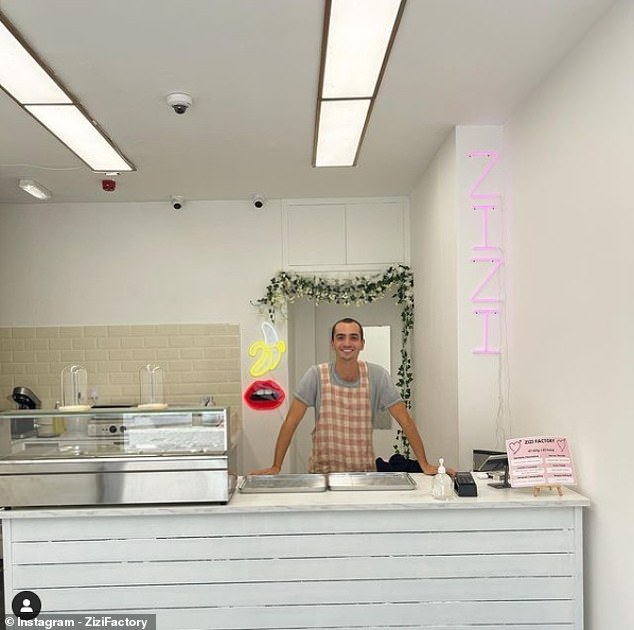 The company’s three French owners, Adrien, Antoine and David, say they’d spotted similar designs in Paris and decided to bring the idea across the Channel 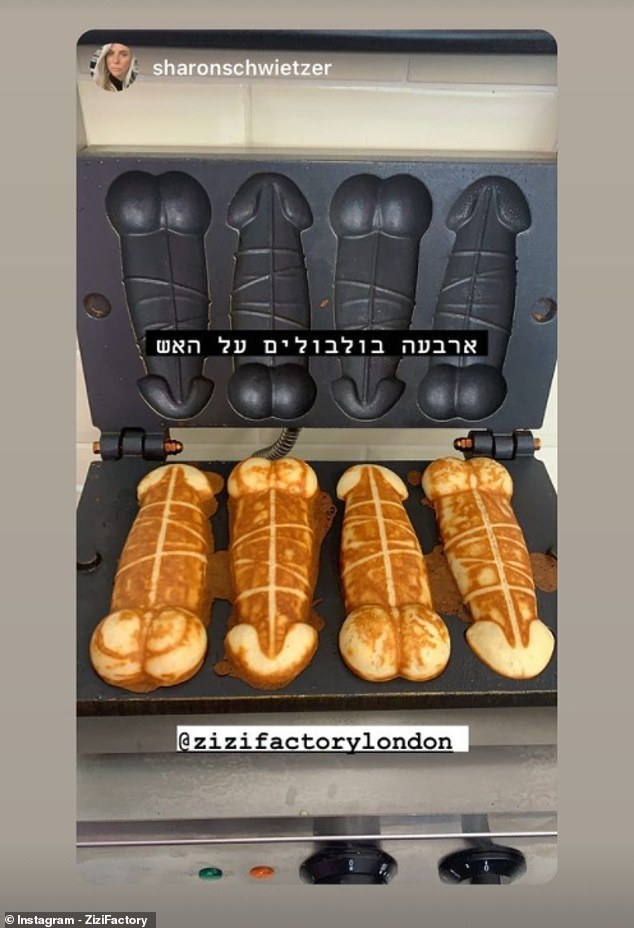 The waffle machine that creates the shape of the daring snack; the owners of the company say they were inspired by similar designs spotted in Paris

The trio say they’re hoping their creations, which cost £7, will ‘add a little humour’ into traditional bakery offerings in th UK.

A spokesperson for the company told FEMAIL: ‘When we saw that the idea was existing in Paris, we immediately thought that people in London should be able to enjoy it too!

‘We believe that the French are not the only ones who can have fun and do something new.’

There are ten toppings, with bestsellers include the milk chocolate and speculoos (biscuit spread) covered Yves and Yvette, and the Lucien and Lucette, which come with milk, white and dark chocolate balls.

While the penis waffles are more filling, the vagina version of the French dessert is a lighter bite, say the makers. 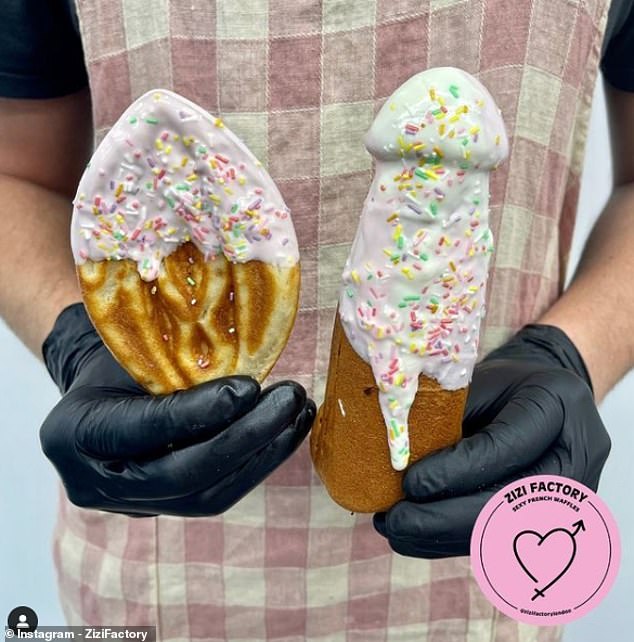 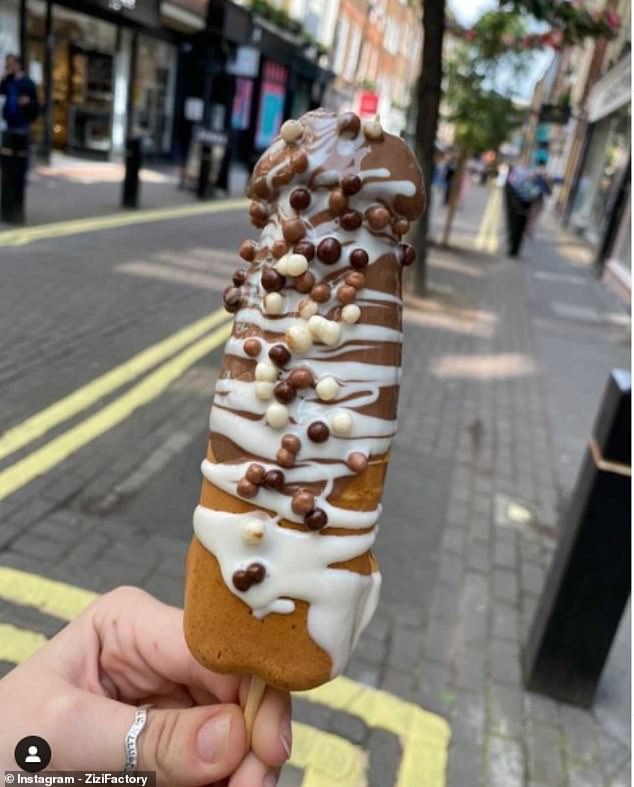 The company said: ‘We’re aiming to make people laugh after the tough period we’ve all had this past year.

‘We want to offer a new experience and let people leave their comfort zone for a few minutes and forget everything else.’

Business is brisk so far, say the owners. So, what do customers make of the eye-raising designs? According to the company, their favourite response so far came from a waffle buyer who joked: ‘Not going to lie, was the best one I ever had’.