The shooting death of a St Louis police officer has been revealed to be the outcome of a twisted game of Russian roulette, according to investigators.

Prosecutors on Friday announced charges of manslaughter and armed criminal action against Officer Nathaniel Hendren, 29, in the Thursday death of 24-year-old Katlyn Alix.

It was shortly before 1am on Thursday when Alix, who was off duty, met Hendren and his partner, who were both on duty and supposed to be patrolling in a different neighborhood, investigators said.

The trio met up at Hendren’s home on the 700 block of Dover Street in the Carondelet neighborhood, according to police.

Hendren pulled out a revolver, which was not his service weapon, and emptied the cylinder of rounds before replacing a single bullet in the weapon, Sgt. R. Hellmeier wrote in a probable cause statement. 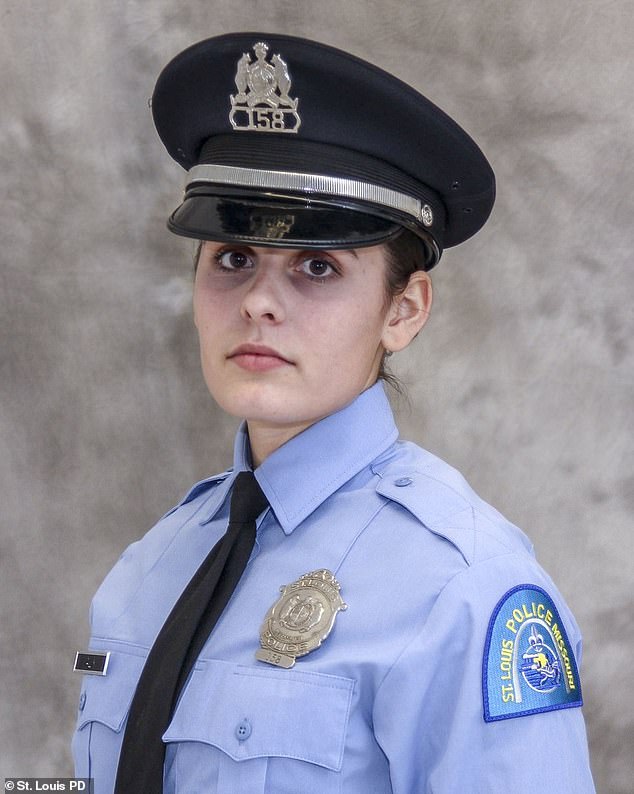 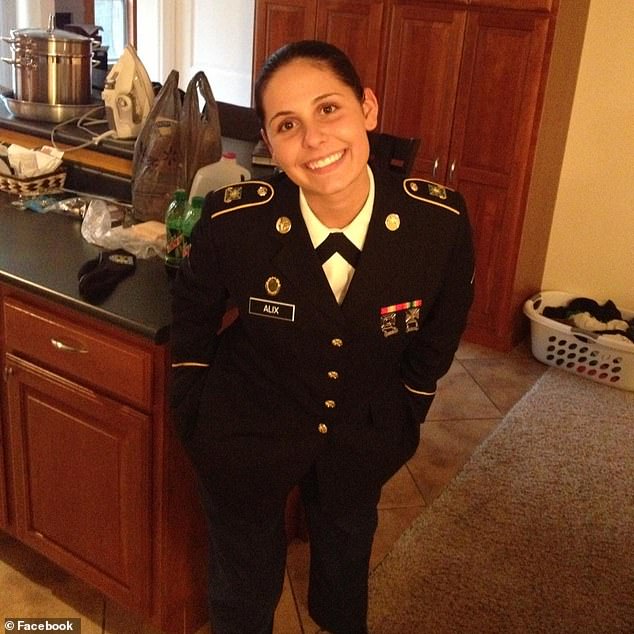 Family members identified 24-year-old Katlyn Alix, an Army veteran, as the police officer who was shot in the torso while off duty shortly before 1am on Thursday 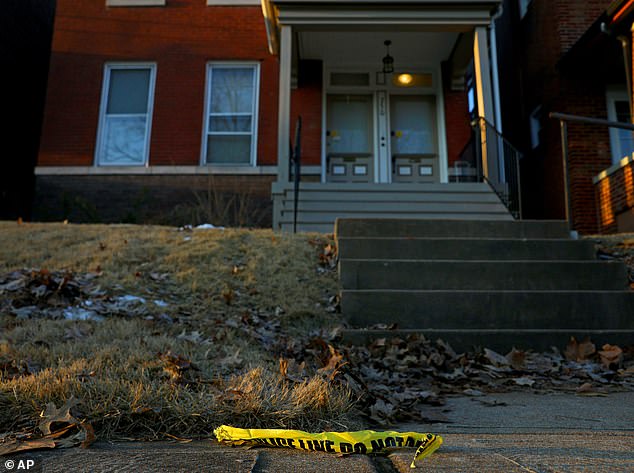 Police tape remains at the scene of a shooting in St. Louis on Thursday. Authorities say a St. Louis police officer was accidentally shot and killed another officer at the home

‘He spun the cylinder and pointed it away and pulled the trigger,’ Hellmeier wrote.

When the gun did not fire on the first trigger pull, Alix took the weapon, pointed it at Hendren, and pulled the trigger. Nothing happened, the affidavit states.

Investigators say that Hendren took the gun, pointed it at Alix, and pulled the trigger for a third time. The gun discharged, striking the female officer in the chest.

The affidavit says that Hendren’s partner, a 29-year-old male, claims that he protested that ‘they shouldn’t be playing with guns and that they were police officers.’

The partner claimed that he was walking out of the room when he heard the gun go off.

After Alix was shot, the two male officers sent a message over police radio at 12.56am that an officer needed assistance, and rushed her to an area hospital, where she was pronounced dead. 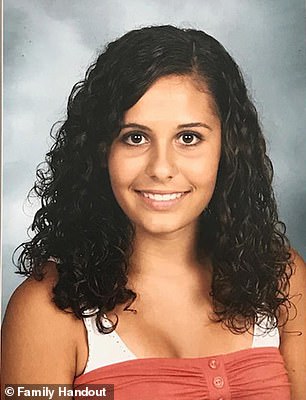 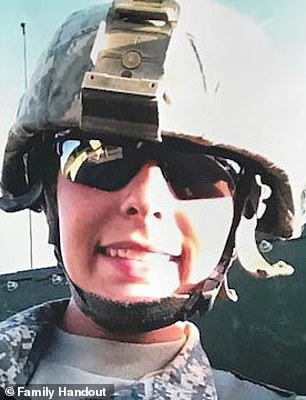 Alix (left and right) served as a military police officer in the Army. It has not been revealed why she was at the home with the other two metro police officers when she was killed

Outside of the hospital, surrounded by crime scene tape, a police SUV with a shattered window was seen early Thursday.

According to reports, Hendren headbutted the back window of the vehicle after arriving at the hospital, breaking out the window.

In a statement on Friday, Circuit Attorney Kimberly M. Gardner said that she would ‘hold people accountable who violate Missouri law regardless of their profession, public status, or station in life.’

‘Today, much as it saddens my staff and me to file these charges, Katlyn and her family deserve accountability and justice,’ Gardner said. 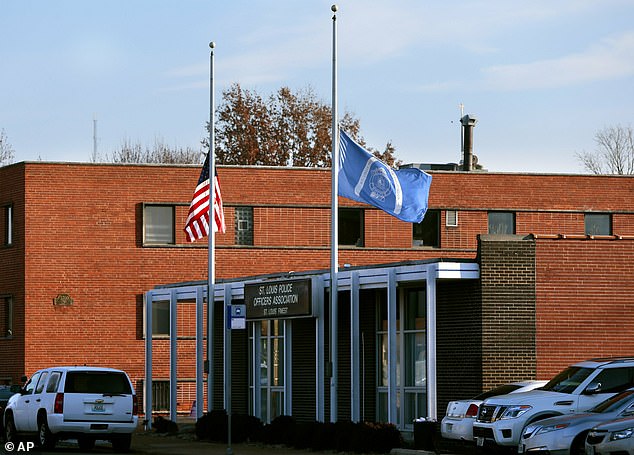 Flags fly at half-staff in front of the St. Louis Police Officers Association on Thursday following the shooting death of a police officer

Hendren had been on the police force for about a year. He is charged with felony counts of first-degree involuntary manslaughter and armed criminal action, and faces three to 10 years in prison if convicted.

In a statement, the St. Louis Police Officers Association said that Alix was also a military veteran.

‘We know that the press and the public want to understand what happened. So do we. But for now, we wait; we wonder; and we weep,’ the statement said.

‘We ask that the media and the public respect the privacy of this young officer’s family, friends and co-workers as they mourn.’