The failings at the heart of one of the NHS’s worst-ever maternity scandals are today exposed in a damning report.

It reveals how the number of babies dying at the Shrewsbury and Telford Hospital NHS Trust’s maternity services is 10 per cent higher than average.

Midwives told inspectors how they were under pressure to look after ‘high risk’ women themselves, rather than handing them over to doctors.

The Care Quality Commission rated the safety of the maternity services as ‘inadequate’ and warned of a ‘culture of bullying and harassment’.

More than 220 families have now raised concerns with the trust and an NHS review is investigating dozens of deaths and serious incidents over 20 years.

Today’s report by the CQC reveals how mothers and babies are still being put at risk despite bosses’ insistence that they were providing safe care.

Experts say the unfolding maternity scandal is even worse than that which occurred at the University Hospitals in Morecambe Bay, in Cumbria.

Up to 16 babies and three mothers are feared to have died at that trust over 12 years and the failings triggered a major review into maternity services in 2016.

Already between 220 and 230 families have raised concerns about their maternity care at the Shropshire trust including those alleging their babies died or suffered permanent brain damage.

Separately, a major review by NHS Improvement is investigating dozens of women and baby deaths which have occurred at the trust’s maternity services within the last 20 years.

My son was brain-damaged

Vicar Charlotte Cheshire claims her newborn son Adam was left with life-changing injuries caused by basic mistakes at the trust.

Adam, now seven, has a cognitive age of a two-year-old, has brain damage, is profoundly deaf, autistic and has impaired vision.

In March 2011 Mrs Cheshire’s waters broke but she did not go into labour for 29 hours.

Guidelines stipulate that if labour starts more than 24 hours after waters break, a mother should be given an intravenous antibiotic injection to stop Group B Streptococcal virus infecting the baby.

She claims antibiotics were not given to her and when Adam was born he had contracted the virus which developed into meningitis. His condition then rapidly deteriorated.

Mrs Cheshire, 42, said: ‘They took him to intensive care. As soon as he went through those doors, he stopped breathing.

‘The decisions that were made by nurses have changed my life for ever. They got to go home when they finished work. This is my life.’

The CQC carried out spot-checks of the entire trust in August and September as part of its routine inspections of hospitals.

Its 112-page report highlights problems with maternity and A&E but also warns of failings throughout the trust. In the maternity services, the death rate of babies either during the birth or within a week afterwards was 10 per cent higher than the national average.

Midwives told inspectors that they ‘felt pressurised’ to keep high risk women in the midwife-led unit even though they would be better looked after by consultants in the hospital.

Some midwives had not even been trained to monitor babies’ heart rates during labour, to check they weren’t in distress. The CQC also warned that staff were failing to properly investigate serious incidents to ensure they could learn from mistakes.

The trust’s maternity services include a main hospital maternity ward as well as five smaller midwife-led units scattered around the region.

Inspectors warned that the midwife-led unit at the Royal Shrewsbury Hospital was ‘not fit for purpose’ and cluttered, cramped and put patients at risk of infection.They also singled out the trust’s leadership and accused them of presiding over a ‘culture of bullying and harassment’.

Professor Ted Baker, Chief Inspector of Hospitals at the Care Quality Commission, said: ‘While we found staff to be caring and dedicated, there is clearly much work needed at the trust to ensure care is delivered in a way that ensures people are safe.

‘We remain particularly concerned about the emergency department and maternity services at Shrewsbury and Telford Hospital NHS Trust. We have already taken urgent action to protect people and we are monitoring the trust extremely closely. This trust must take action to ensure it makes all improvements necessary to give patients the standard of safe care they should be able to expect. We will return to check on progress with those improvements.’ 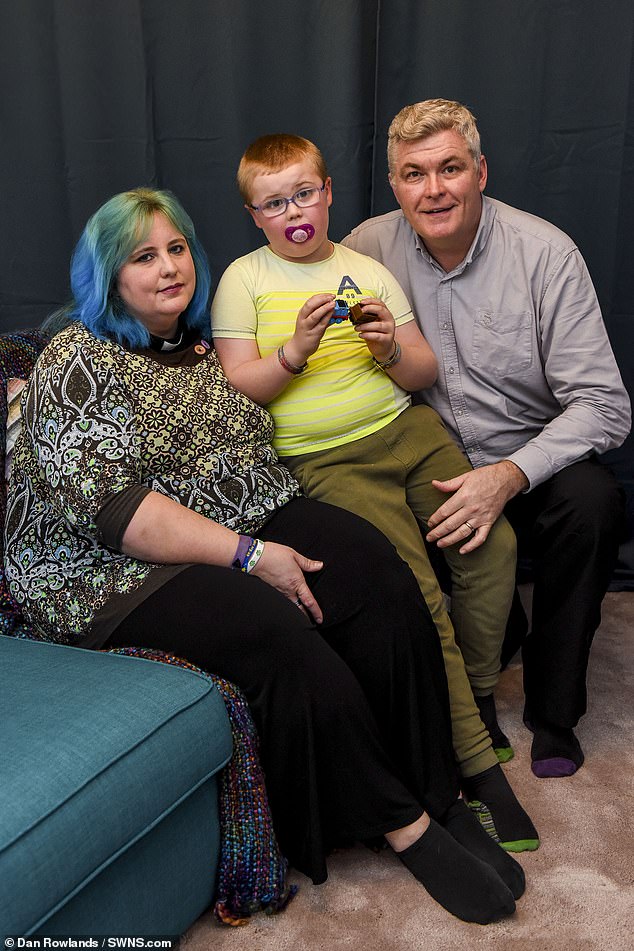 Rhiannon Davies, whose baby Kate died in 2009, said: ‘This legacy of failure just continues and it’s not being addressed. It’s shocking.’ Gill George, chairman of the Shropshire Defend Our NHS campaign group, said: Denial – that’s the only word to describe the culture from hospital leaders. They boast about how great everything is – and anyone who says different is “scaremongering”. This is a crisis of leadership, and it’s frightening stuff.’

The CQC also found serious problems in the trust’s A&E units and staff were failing to diagnose and treat sepsis.

Simon Wright, chief executive of the trust, said: ‘I’m sorry and disappointed that we have not made as much progress to tackle the issues and challenges that the trust faces as we all want. But people should not lose sight of many things that Shrewsbury and Telford Hospitals does not just well but significantly better than many other trusts. We will take to heart the CQC’s findings just as we welcome the extra support that is coming with special measures, to double down on the need to get things right and improve for the people we serve.’

The trust’s £160,000-a-year boss is under growing pressure to resign having repeatedly downplayed safety warnings.

Simon Wright is accused by inspectors of presiding over a culture of ‘defensiveness, bullying and harassment’.

Some staff were afraid to raise concerns with senior bosses and many had lost faith in their leadership, the report found. Yet in August, Mr Wright accused the Mail of ‘scaremongering’ when we revealed more than 60 maternity incidents were being investigated by the trust.

That number has since trebled and the NHS watchdog has been alerted to between 220 and 230 cases, which span a 20-year period.

Mr Wright has been chief executive of Shrewsbury and Telford hospitals since September 2015.

Previously he was chief operating officer at Warrington and Halton Hospitals, in Greater Manchester, which was criticised for missing waiting time targets.

The Care Quality Commission’s report rated the leadership at the trust as ‘inadequate’ and raised concerns over the competence of senior bosses.

‘Not all trust leaders had the right skills and abilities to run a service providing high-quality sustainable care’, it adds. ‘Staff reported a culture of bullying and harassment and at times we found a culture of defensiveness from the executive team.’

Last week the trust said its medical director, Dr Edwin Borman, was moving sideways to become ‘director of clinical effectiveness’. Dr Borman, who earns £170,000 a year, has also been criticised for ignoring concerns.