Father, 22, planned to proposal before he was killed

Marquis Byrd, 22, had planned to propose to his girlfriend on his birthday before he was killed by a sandbag thrown from a highway overpass in Toledo, earlier this month

The 22-year-old Michigan man who was killed in Ohio by a sandbag thrown from a highway overpass had plans to propose.

Marquise Byrd, 22, was killed earlier this month when a sandbag was thrown unto Interstate 75 in Toledo from an overpass, but wanted to pop the question to his girlfriend on his birthday, a friend said.

‘It would have been a surprise to her, and only his mother knew of his plan,’ Lillian Diallo said to People.

‘He was robbed of being a married father, a husband taking care of his family and living the dream that was almost in his grasp.

‘In his mind, that would have been the greatest gift he could have got on his birthday.’

The sandbag hit Byrd in the head and he died at the hospital.

‘He was just in a car riding like any of us, not bothering anybody, and the sandbag came down and came down on his side of the car,’ Diallo added.

‘It was strong enough to collapse the frame of the car — so think what it did to the human body. He died from blunt force trauma to the head and neck. ‘

Four teenage boys have been charged with murder in an Ohio juvenile court in connection with Byrd’s death when he was struck by a sandbag thrown from an interstate overpass. 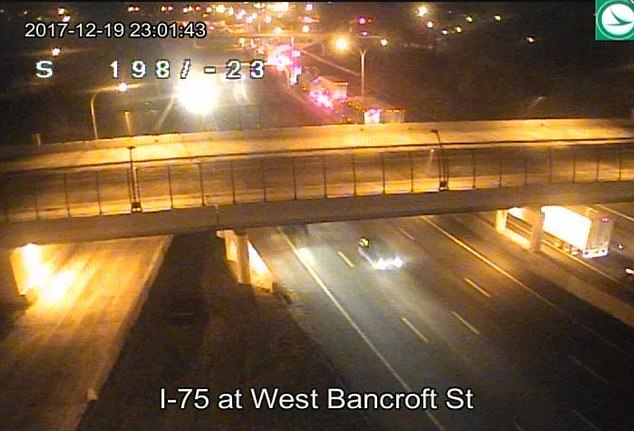 Byrd was a front-seat passenger in a southbound vehicle on Interstate 75 (above) in Toledo, Ohio, when he was struck by a sandbag

Prosecutors filed the charges Tuesday in Toledo against the boys, ages 13 to 15, The Toledo Blade reported.

The teens initially were charged with the juvenile equivalent of felonious assault.

The driver of the car, who has not been identified, suffered minor injuries.

The Warren, Michigan, father of a two-year-old boy was sitting in the front passenger seat of a car traveling south on Interstate 75 in Toledo when a sandbag smashed through the windshield on December 19.

Police and a prosecutor have said the teens threw other objects from the overpass that night. 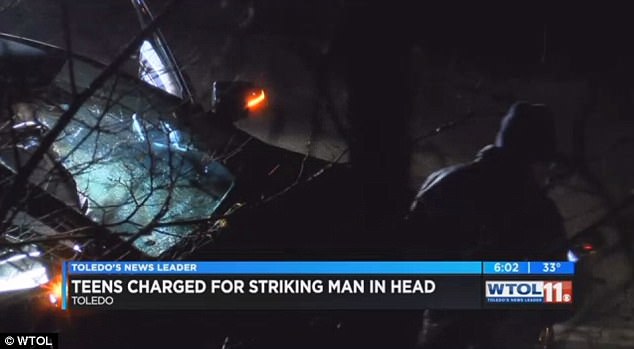 His family is demanding that authorities charge the four teens as adults.

‘I would appreciate if [the boys’ parents] could at least call my auntie and tell her they’re sorry,’ Byrd’s cousin, Shaveontae King, told the Blade.

King said Byrd was like a brother to her.

When asked to describe him, she said: ‘Young, energetic, outgoing, lovable. He had a bright smile.’

Officers received a call at 10.10pm on December 19. They responded to the scene and saw the teenagers leaving the area after the incident. 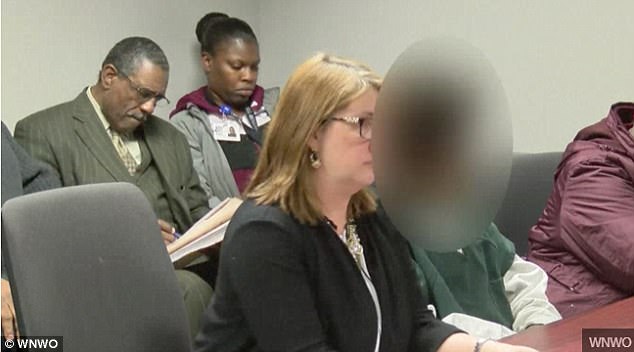 Prosecutors filed the charges Tuesday in Toledo against the boys, ages 13 to 15. One of the suspects is seen right 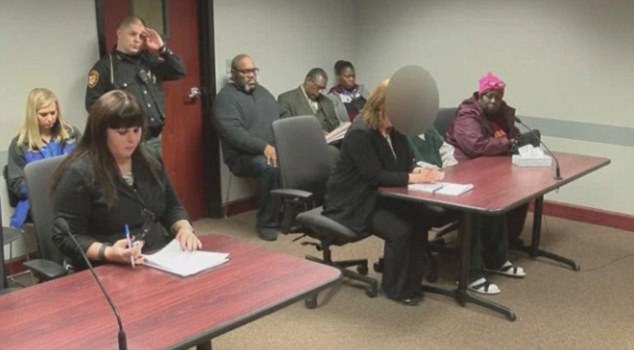 So far, Ohio prosecutors said there are no plans to transfer the teens’ cases from the juvenile department to adult jurisdiction. One of the teens is seen above second from right

King said she has no sympathy for the teens and wants authorities to charge them as adults.

‘My auntie has to bury her son. He’s gone. He’s never coming back,’ she King said.

‘She’s holding up the best she can.’

So far, Ohio prosecutors said there are no plans to transfer the teens’ cases from the juvenile department to adult jurisdiction.

Lori Olender, the deputy chief of the county prosecutor’s juvenile division, said that since the teens have no prior criminal records, there is a risk prosecutors would lose if they were tried as adults.