Father, 28, whose entire right arm was torn off by a train in India undergoes pioneering surgery

Father, 28, whose entire right arm was torn off by a train in India undergoes pioneering surgery to have it reattached

A 28-year-old father who got his entire right arm torn off by a train has undergone pioneering surgery to have it reattached.

Ahmedabad Gujarat had been waiting to board a late night service when he suddenly slipped and fell into a gap between the train and the platform.

The Father-of-three, then saw the train carriage run over and slice off his right arm in Mumbai, west India.

Gujarat, who is also from the area, was rushed to hospital while his friends carried the unattached arm in a plastic bag.

The severed arm of a 28-year-old father who lost the limb after he fell between the train and the platform in Mumbai, India 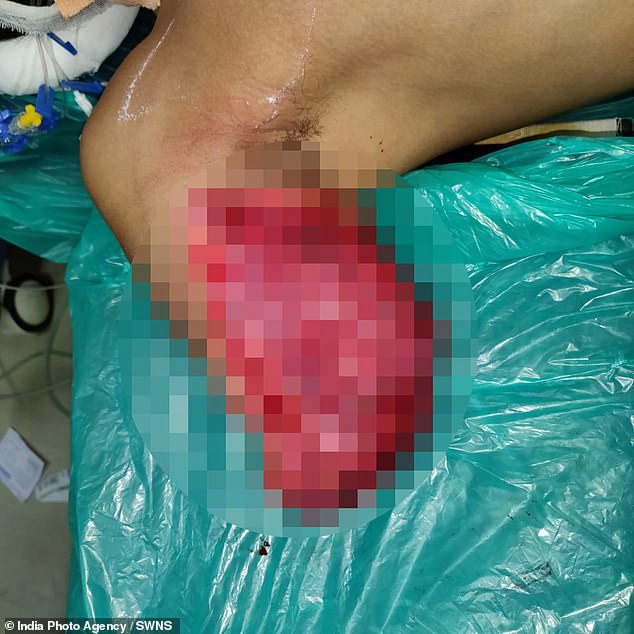 Pictured above is the stump where the arm was attached to. The father-of-three was rushed to hospital with his chopped off arm in a plastic bag

He was admitted to the plastic surgery unit last month where doctors carried out a seven-hour operation to reattach the limb.

After the successful operation, Gujarat then underwent several skin grafting surgeries for the remaining raw areas.

Consultant Dr Nitin Ghag said: ‘Any amputation and amputations of upper extremities, in particular, have a major impact on patients’ lives, as loss of function can not affect his daily life but also hinder social interactions and capacity for work.

‘As major amputations occur frequently with high-energy trauma, accompanied by various and occasionally life-threatening injuries, it is important to primarily address those injuries to save the patient’s life.

‘The decision between salvaging or amputating a limb must be made rapidly.’ 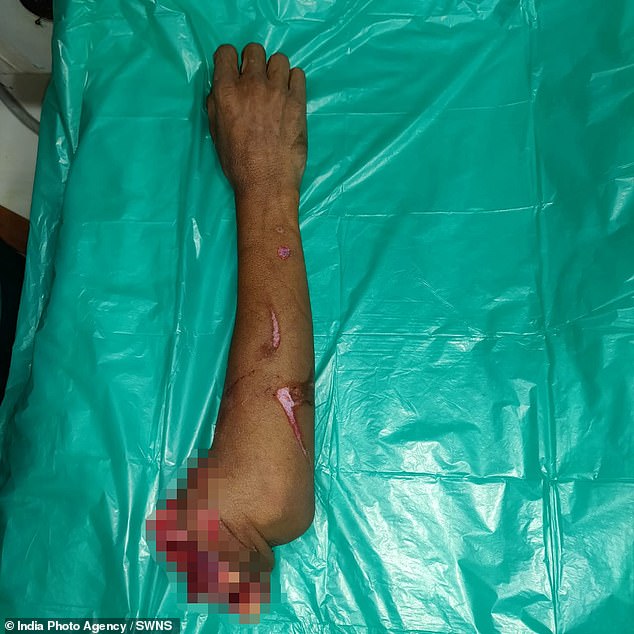 The severed right arm of the man after he fell between the train and the platform. The limb has now been re-attached after doctors carried out pioneering new surgery 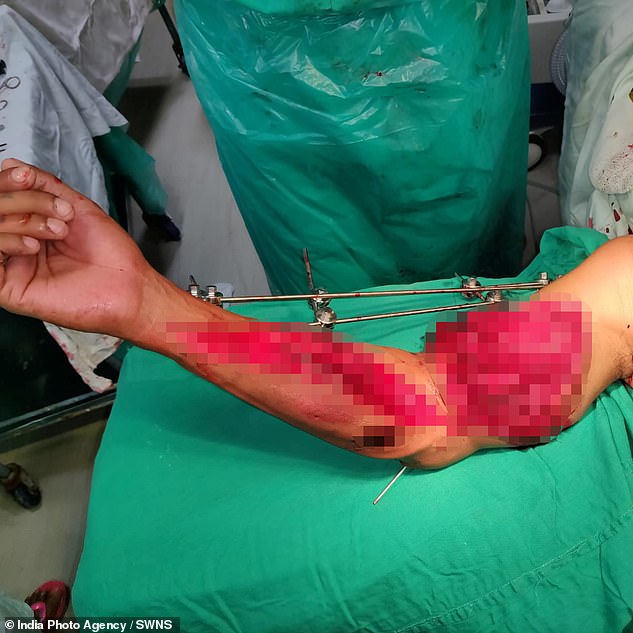 The arm shown after surgery with a metal bar helping to hold it together. A doctor said any amputation can have a major impact on patients lives because it may hinder social interactions and their capacity to work