Father, 37, storms onto elementary school bus and holds a knife to the driver’s throat in California

A father has been arrested for storming onto an elementary school bus and holding a knife to the driver’s head in front of about a dozen children in Southern California.

The driver reportedly saw Matthew Barker, 37, approaching on Friday morning and assumed that he was a parent trying to hold the bus for a child who was running late, local police in Campo, California, have said.

Barker ignored orders from the driver not to enter the bus and tried to push past him toward the children, triggering a struggle. 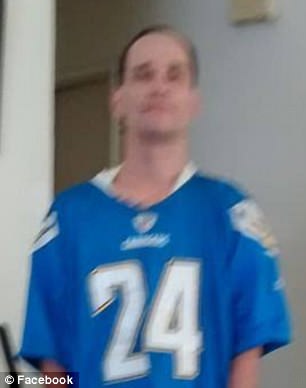 Matthew Barker, 37, was arrested on Friday morning in Campo, California, after he allegedly threatened the driver of an elementary school bus. Police said the parent is a known drug user who has had interactions with law enforcement in the past 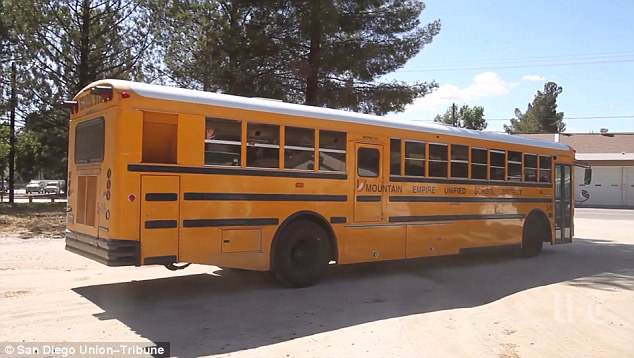 ‘He turned around and I saw the knife,’ sixth-grader Jesus Jimenez told the San Diego Union Tribune.

The 12-year-old immediately sprung into action, opening the rear exit of the bus and ushering out the 10 to 12 screaming children who fled to their parents outside.

One student’s grandmother saw what was happening on the bus, recognized the man and got on board to help.

A passing driver pulled over to help pry the knife out of Barker’s hands.

Authorities have had interactions with the 37-year old in the past.

‘This is not even related to school violence, per se,’ Sgt William Uelen said in a statement.

‘This is a parent who has a drug issue. He’s known in the community. Campo is a small community. We’ve had interactions with him in the past.’ 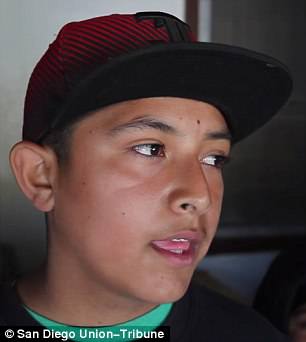 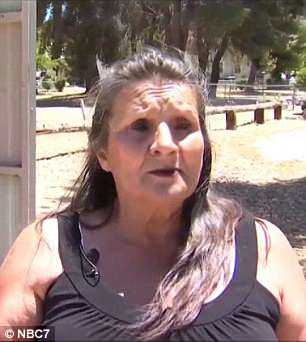 Jesus Jimenez, 12, left, opened the rear exit and ushered the screaming children out as a grandmother jumped on board the bus to help

Barker is currently under investigation for assault with a deadly weapon.

Jesus’ mother, Dania Jimenez, said she’s proud of her son’s quick thinking and action to help get people out.

‘Imagine if they hadn’t opened the door,’ she said. ‘They would’ve been stuck in the bus.’

Uelen told OnSceneTV that the children were ‘shaken up’ by the incident.

‘They were all brought to school and brought to a classroom where they could be talked to and calmed down,’ he said.