Russell Cordes, 49, was found dead at his home in Dover, Kent, after taking an overdose of prescription medication in April last year.

His family have now accused the police of having ‘blood on its hands’ over its handling of the case. 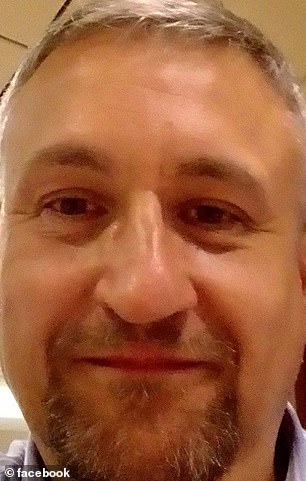 They also pointed the finger at the BBC for being a ‘catalyst’ for his death.

Police received intelligence that indecent images of children had been downloaded and made available to share from an IP address linked to him, the inquest at Maidstone Coroners’ Court heard.

Kent Police’s Detective Constable Darren Bassett explained that they arrived at the home, with a BBC camera crew in tow.

The crew, from the BBC’s standalone production arm BBC studios, were filming a three-part documentary about their investigation team that will be aired on Channel 4.

The footage filmed outside Russell’s house will not be aired when the documentary is released on television, the court heard.

They continued to film outside the property when Mr Cordes arrived home – and he told them that they did not have his consent to appear on camera. 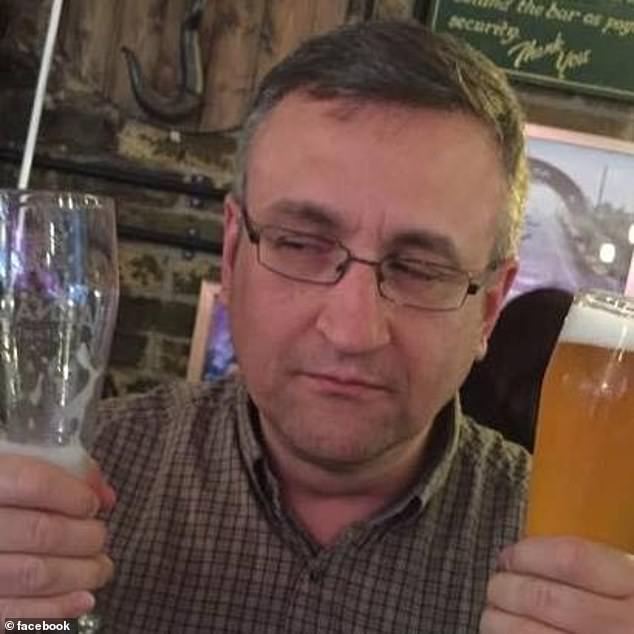 A laptop and a mobile phone were seized from the house, but he was not arrested.

DC Bassett said: ‘He was asked if he had seen any indecent images of children. He said he had but it wasn’t something he had searched for.

‘I explained to him if it was an accident, then it wasn’t anything to worry about because we would be able to see what search terms and websites he used.’

An interview was set up for the following day at a police station in Canterbury – but Mr Cordes never showed up.

Police community support officers who discovered Mr Cordes, after concerned calls from neighbours, said a note was also found in the house which referenced ‘stigma’ and said that ‘he was sorry but could be happy now’. 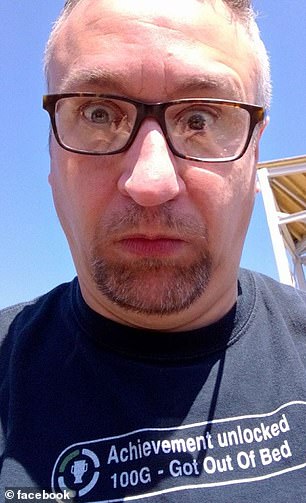 During the inquest – which resumed yesterday – his family quizzed DC Bassett on why no welfare checks had been carried out before police and the camera crew arrived.

His step mother Heather Cordes asked: ‘Did you ask Russell whether he suffered from depression or anxiety?’

He replied: ‘You take somebody at face value. There was no reason for me to believe there was any underlying issues.’

She said: ‘You have got blood on your hands.’

Coroner Katrina Hepburn asked DC Bassett whether there was any duty to carry out welfare checks before a search warrant.

He replied: ‘We carry out checks to confirm who lives at the address but their medical records wouldn’t be available to us.’

Russell’s daughter Drew attended the hearing and paid tribute to her father.

She said: ‘My father always put me first. There was not a moment I didn’t feel love and adored by him. We were incredibly close.’

She said that after her father lost his job at Currys, where he had been for 20 years, he had suicidal thoughts and had even written a note.

However, after after he secured a new position at P&O Ferries, he was much happier and in a ‘good place’.

She added: ‘When I spoke to him on 12 April over text, I got no indication of anything wrong. I got the impression he was thinking to the future.

‘My concern is that the presence of the BBC film crew was the catalyst to him taking his own life. The stress of the situation was completely unnecessary.’

The inquest was halted in the summer after it emerged that the Independent Police Complaints Commission (IOPC) was conducting its own investigation into the circumstances surrounding his suicide.

The IOPC report found that no officers had behaved in a manner that warranted prosecution or disciplinary action.

But it did accept that the presence of BBC crew caused Mr Cordes ‘more upset and distress’.

Summing up, Ms Hepburn said she was satisfied that Russell took an overdose of prescription medication with the intention to take his own life.

She said: ‘His mind was made up. He may well have taken into account the recent event with the police investigation. 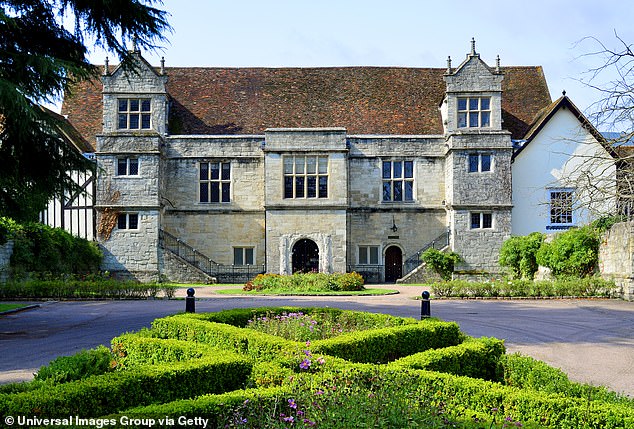 Police received intelligence that indecent images of children had been downloaded and made available to share from an IP address linked to him, the inquest at Maidstone Coroners’ Court (pictured) heard

‘There’s evidence in his note with “the stigma”. That may well have been the police investigation itself.’

Ms Hepburn said the presence of the BBC film crew could have been a ‘background factor’, causing him further stress, but was unlikely to have been the sole reason.

She added: ‘If you have a film crew filming a search warrant being executed then this may well be something that causes them to become a higher risk than they might otherwise have been without the film crew. It is already a stressful situation.’

‘No arrest was made but an appointment to visit a police station in Kent was arranged for the following day for a voluntary interview.

‘The man did not attend the police station and was subsequently found deceased at his home.

‘Kent Police referred the matter to the Independent Office for Police Conduct as is usual for a death after police contact.

‘The IOPC suggested a learning point relating to consideration whether camera crews should accompany officers in future.

‘Now the inquest has taken place, force policy relating to media presence during search warrants will be reviewed to establish any learning.’

A spokesman for BBC Studios said: ‘Our sincere condolences go out to the family.

‘The crew accompanied the police to an address in Dover, where they were exercising a warrant.

‘None of this recorded material will be used in the series.’