A father and daughter in South Carolina have been charged with incest after they had a sexual relationship and had a child together.

The child then died at a medical facility a short time later, with the cause of death still under investigation.

Deputies said they discovered Edwards and her father, James Travis Brown, had been in a consensual and mutual relationship. 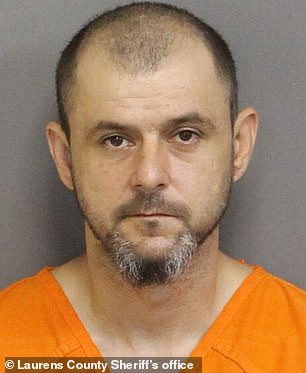 Investigators said both parties agreed they were in a relationship.

Edwards was arrested on October 22 and taken to the Johnson Detention Center where she was booked on the charge of incest.

The police did not release details of their ages or whether James Travis Brown had a wife or other children.

Brown is currently incarcerated in another county on unrelated charges.

However he will be transferred to Laurens County to face the same incest charges after his release for the unrelated charges.

It is not known what age the infant was or whether the cause of death was related to the parents being related.

Laurens County sheriff Don Reynolds said in a statement: ‘It is beyond my comprehension how this could take place between a father and daughter.

‘At this time, I can’t confirm the baby died from complications related to incest, however we wonder if that’s the case.

‘We are working with medical professionals and the Solicitors Office regarding that aspect of the investigation and will update everyone if there are any additional charges.’

In a similar case, a young woman was murdered by her father in April after they had an incestuous relationship which resulted in a child.

Steven Pladl, 42, who reunited with his daughter Katie Fusco, 20, after giving her up for adoption as a baby, murdered their infant son Bennett, shot dead Katie and her adoptive father Anthony Fusco, 56, before turning the gun on himself.

In 1995, Steven Pladl was 20 when he met a 15-year-old girl named Alyssa on the internet. She soon became pregnant and gave birth to a girl they named Denise. 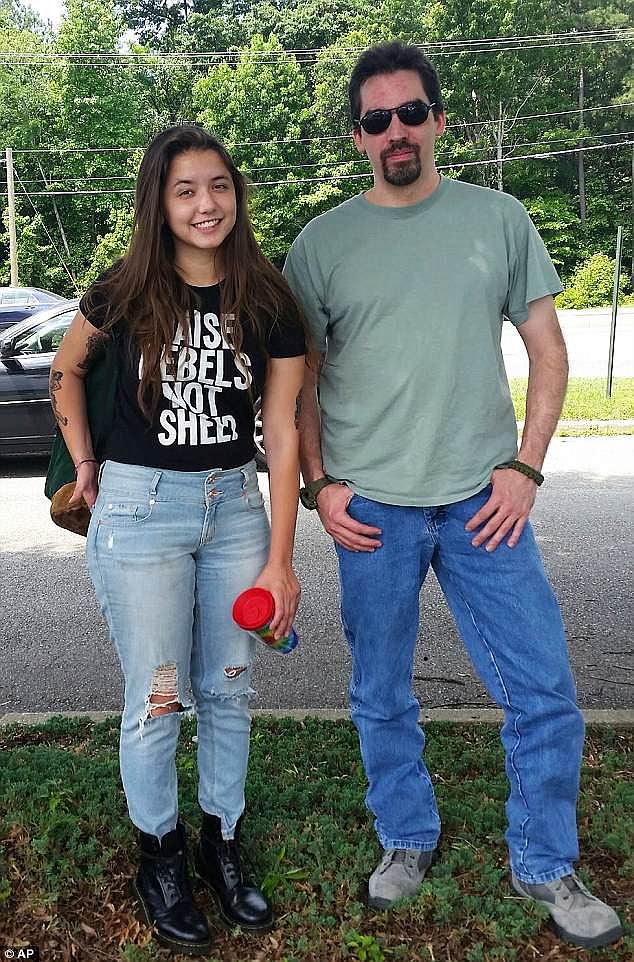 Husband and wife, and father and daughter: Steven Pladl, 42, reunited with his daughter Katie Fusco, 20 (pictured together) after she was given up for adoption as a baby

Tony Fusco and his wife, Kelly, adopted the girl they renamed Katie and raised her with their biological daughter in Dover, about 80 miles north of New York City.

Steven and Katie got ‘married’ in a lakeside ceremony in July after Katie became pregnant and the family panicked about what to do.