Father and son charged with battery for Alabama game brawl

An Alabama father and his adult son are being charged with battery after a fight in the stands during the Florida State-Alabama football game on Saturday in Atlanta.

The fight started as an argument about the game. Another attendee got the altercation on video.

A woman claimed to be grabbed around the neck and slammed to the ground. She was taken from the stadium by ambulance, according to the incident report. 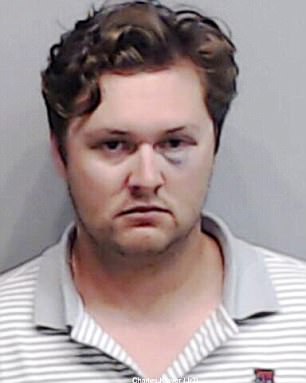 Charles Kraver (left) and his son Charles Kraver Jr. (right) were arrested and have been charged with battery following the Alabama-Florida State football game in Atlanta on Saturday

A shocking video shows an Alabama fan who appears to be Charles Kraver throwing a woman to the ground on the concourse of Mercedes-Benz Stadium in Atlanta.

Yelling can be heard as fans flock to the two wrestling for a couple seconds before he slams her to the ground.

Security officers try to break everyone up by they appear to be outnumbered by the rowdy fans. 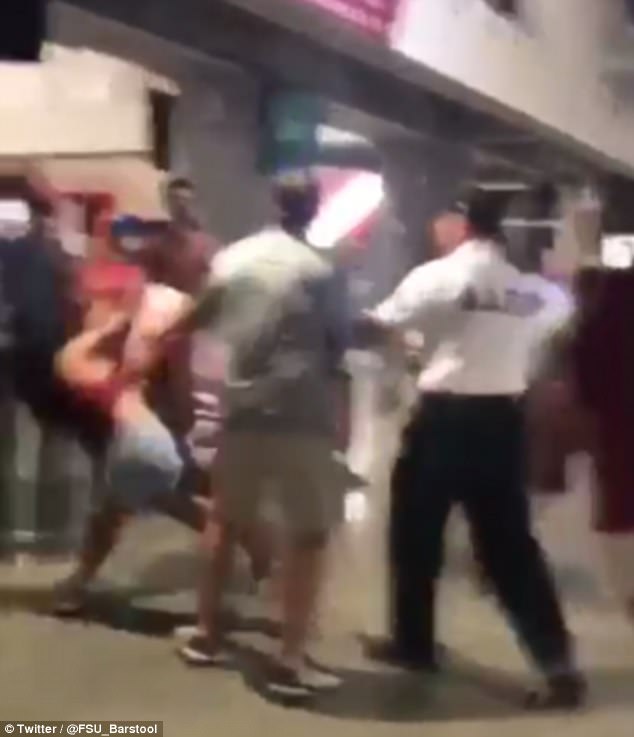 Another cell phone video shows an Alabama fan fighting with a woman in the concourse of Mercedes-Benz stadium in Atlanta, Georgia 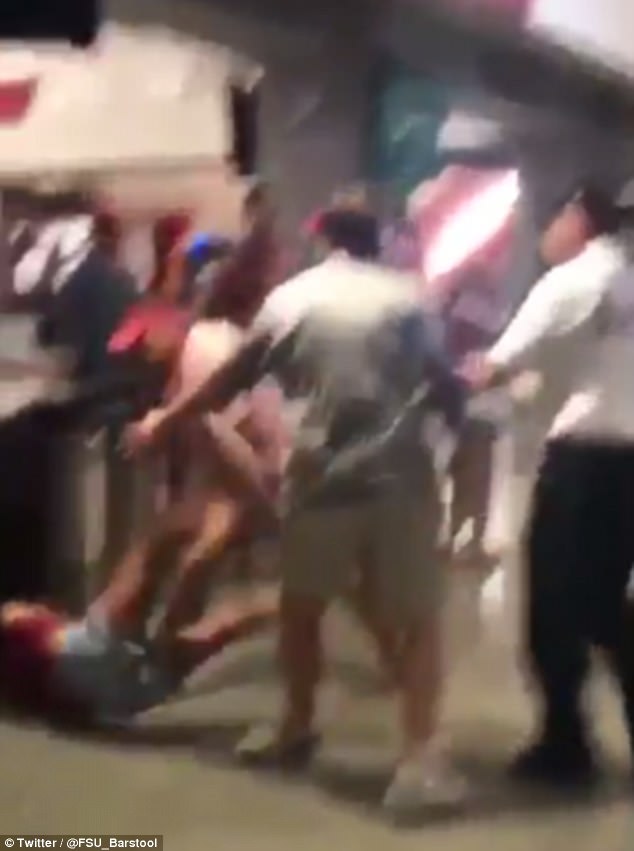 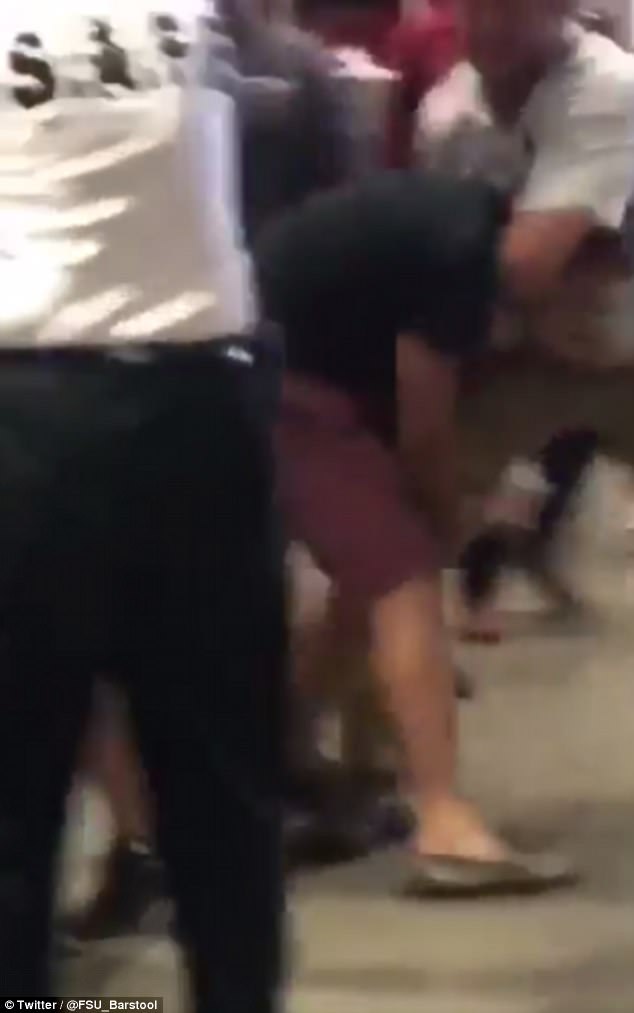 The throw-down is believed to have happened after the two men were escorted out of the stands for being violent.

In another video, several fans can be seen throwing punches and beers in the stands at the college football season opener.

One Alabama fan, presumably the son who was arrested, is seen throwing a punch at the man in front of him.

Ushers attempt to escort two men who appear to be Alabama fans out of the section. As they leave their seats someone throws a cup of beer at them.

Brian Basset said on Twitter that he took the original video of the woman getting thrown to the ground. He confirmed that the man is the same one seen in the video from the stands.

It is difficult to tell which team each of the brawlers is rooting for because both teams play in dark red.

Alabama ended up with a 24-7 win over Florida State.

It is unclear whether anyone was arrested for violence during the game. 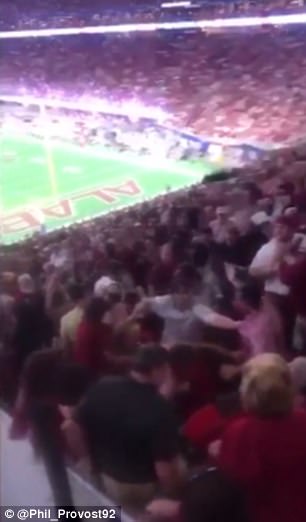 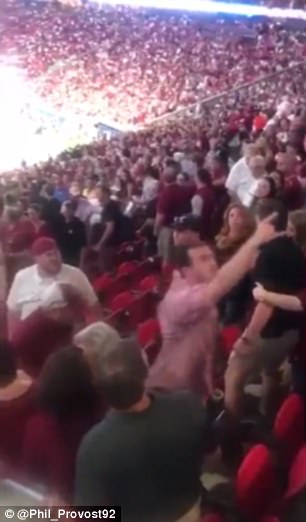 Cell phone footage shows fans at the Alabama vs. Florida State football game on Saturday brawling and cursing in the stands 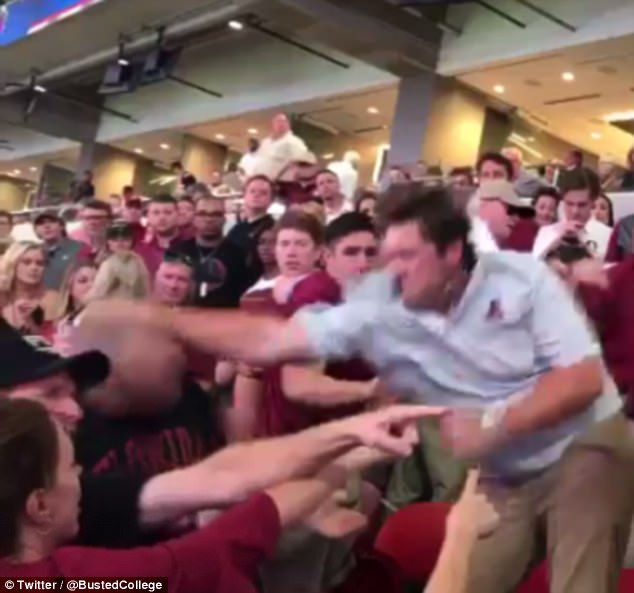 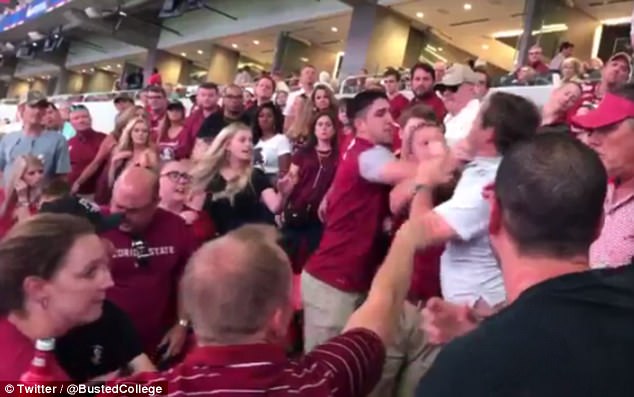 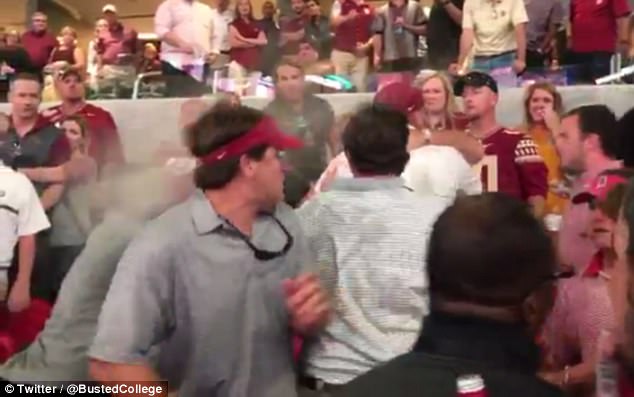 As the Alabama fan and his friend are ushered out of their seats, someone throws a cup of beer at them