Father asked daughter’s ‘boyfriend’ his name then shot him

Omar Soto, 22, was shot dead on Friday night by the father of a woman he was out with

A ‘possessive’ father who shot a man he believed was his daughter’s boyfriend then ran the pair over and killed himself last week asked the young man what his name was before launching the attack.

Rafael Brena Arteaga , 43, turned the gun on himself after shooting Omar Soto, a 22-year-old college graduate, outside a movie theater in Arlington near Dallas, Texas, last Friday.

Soto was with Arteaga’s 24-year-old daughter, named locally as Yesenia, who police say later told them she was his girlfriend.

Another woman who was not involved has since told DailyMail.com that they were just friends and that she was in fact his partner.

Arteaga, it is claimed, believed they were an item and on Friday he swerved in front of them in his pick-up truck to block their path as they left the movie theater.

Soto got out of the car as did Arteaga and they met in the street where he asked him: ‘What is your name?’ before pulling the trigger, The Star Telegram reports.

Lieutenant Christopher Cook said the man was ‘very possessive’ and ‘protective’ of his daughter.

After shooting Soto, he got back into his pick-up truck then ran over him and his daughter who had rushed to help him, a move police say was deliberate. 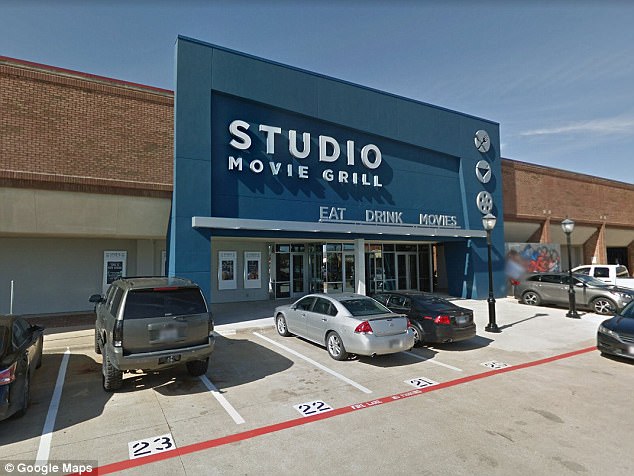 Soto had just left this movie theater in Arlington, Dallas, in his car with Arteaga’s daughter when her father suddenly appeared in his pick-up truck and blocked their path 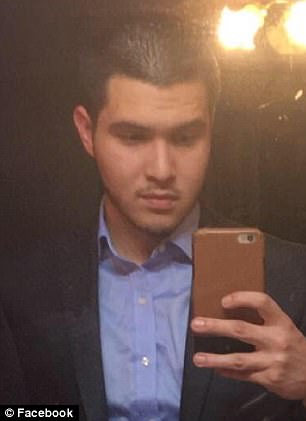 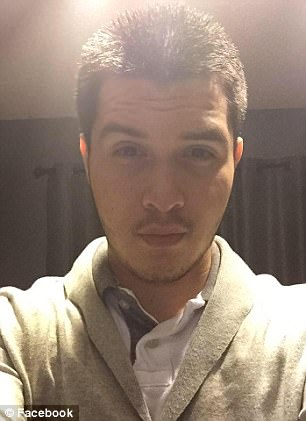 Soto was shot and then run over by the woman’s father. Another woman, who was not there, claims he and Arteaga’s daughter were not romantically linked and that she was his girlfriend

He then fled the scene, leaving another woman who was in the car with his daughter and the young man behind.

Hours later, police found Arteaga’s body in the car in a parking-lot.

Police have not revealed whether he and his daughter were estranged or how he knew where to find her when he carried out the killing.

Arteaga’s daughter has not been named. She remains in hospital with serious injuries.

Another woman who spoke with DailyMail.com on Tuesday said the pair were not romantically linked.

She had never heard of Arteaga or his daughter until she learned of her boyfriend’s death. Soto’s family are now fundraising to pay for his funeral on a GoFundMe page.