A mother who shares baths with her 10 and 11-year-old sons is at risk of ‘confusing’ her boys, a life coach has said.

Ben Edwards, who is a father himself, appeared on This Morning on Tuesday to debate the issue of nudity in front of your children, and said that, as boys approach puberty, they ‘tend to fantasise about their mother’.

His comments came after journalist Lauren Libbert said she continues to bathe with her sons even though they are 10 and 11 – something she said is a ‘normal’ and ‘enjoyable’ part of their family routine.

Mother-of-three Holly Willoughby suggested Ben was ‘over-sexualising’ the matter, but viewers watching at home appeared to agree with his point of view – tweeting that the mother-of-two’s decision to be openly naked in front of her children was ‘weird’ and ‘not normal’. 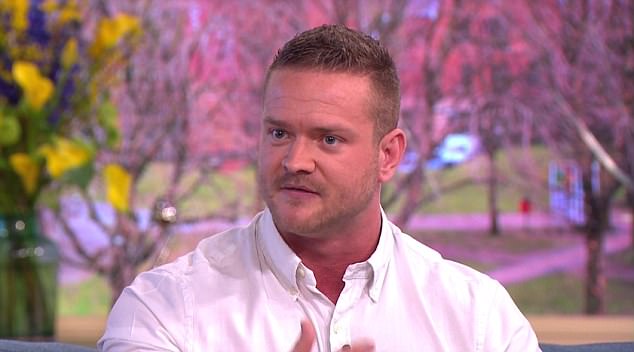 Life coach Ben Edwards, who is also a father, appeared on This Morning to explain why he didn’t agree with parents being naked in front of their children

Viewers watching the segment at home took to Twitter to support Ben’s opinion, claiming Lauren was ‘not normal’ and bathing with her sons was ‘strange’

‘Bathing with your 10 & 11 year old sons in my opinion is strange. I don’t find anything wrong in being naked around your children but bathing WITH them at that age nah not for me. But who am I to judge anyone’s parenting?’ said another.

‘Totally agree with everything Ben is saying! Bathing with your parents when you’re at the age of when puberty is starting is just weird,’ added a third.

Lauren, who appeared via live video link from her north London home, explained that her own childhood shaped how she acted as a parent, and said bath-time had been an opportunity for her and her mother to spend time together.

She said of her current family routine: ‘We have a bath together at least once a week.  It isn’t a big issue in our house, it’s something we have been doing for years and it is something that is really enjoyable.

‘My boys are very comfortable with me being naked and them being naked, it’s something we do in the house that is very normal,’ she added.

Lauren believed being naked was ‘nothing to be ashamed of’, and said that she felt doing so actually offered her sons ‘more clarity’.

The debate came after the BBC’s Victoria Derbyshire said nudity in her home is ‘no big deal’.

But Ben took issue with Lauren’s attitude, and said her own childhood experience was ‘very different’ to bathing with two boys who are just about to enter secondary school – and puberty.

‘It opens up to a lot of confusion. It’s not about hiding it, it’s just not about openly flaunting it,’ he added.

‘When Sigmund Freud did his research he got to six to eleven and when puberty starts, boys naturally have tendencies to fantasise about their mothers.

‘Being naked so openly, it’s more about the confusion that could lead on from that.’

Holly asked Ben when he suggested that boys grow up differently to girls: ‘Aren’t you just over-sexualising this?

‘Aren’t you taking away the innocence of the mother-child relationship regardless of whether they are male and female?’ 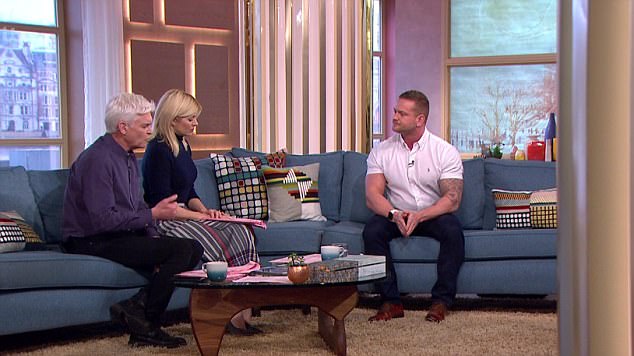 Father and life coach Ben Edwards didn’t agree and questioned when the line would stop for parents and children, but presenter Holly Willoughby suggested he was ‘over-sexualising’ the issue

Others questioned the ‘double standards’ of the argument, and said that Lauren was ‘doing no harm’

Ben defended his views, admitting that every parent should be allowed to parent in their own way but asking ‘where does the line drop?’.

Lauren said: ‘It’s interesting to hear all that as my boys have definitely become more intrigued with my body as they’ve grown older; there’s more pointing and sniggering and they ask lots more questions.

‘I answer in a matter-of-fact [way]. One thing I will say, is if they start to have issues with being naked, I will take their lead.

‘If my oldest son doesn’t want to be naked around me I will take his lead. We’re all comfortable about this.

‘I grew up in this environment and I was doing this past puberty but I think it’s made me more comfortable in my own skin, and isn’t that an amazing gift to be able to give to your children if one can be?’