Father dies in drunken 3.20am forklift joyride gone wrong in a remote mining town as video taken moments before the machine rolled off the road leads to charges against his drinking buddy

A man has been charged over the death of a young father while he rode in a forklift at 3.20am in a mining town.

Joe Williams died at the scene after becoming trapped under the machine in the rural town of Middlemount, three hours west of Rockhampton in central Queensland.

Police alleged Mr Williams and a 42-year-old man from Sarina were drinking at a work shed when they decided to drive the forklift to a nearby sports club about 2.30am on July 24.

Joe Williams, 35, a FIFO worker from Brisbane, died on July 24 in the regional Queensland town of Middlemount, after the forklift he was riding on left the road and rolled 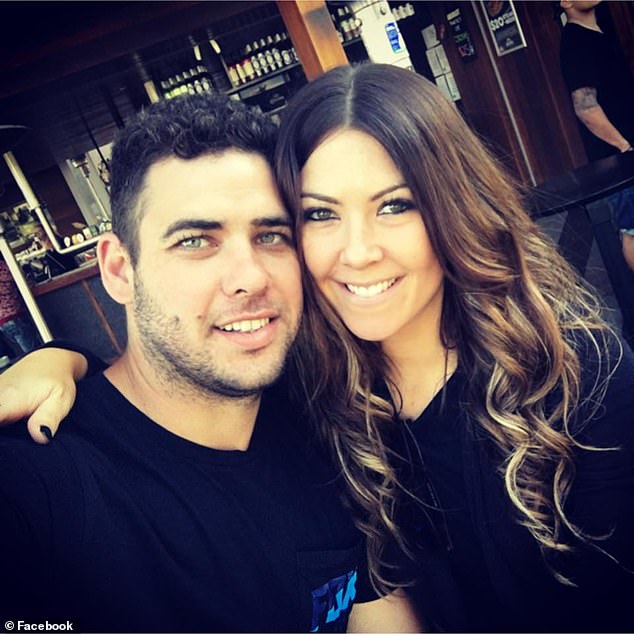 Mr Williams and his partner, Casey Watters (right) were expecting a baby at the time of his death

Police alleged the other man continued to drink rum while driving west on Centenary Drive South for about 600m when the forklift left the road and rolled.

The driver was charged with with driving without due care causing death, drink driving and driving with a passenger in a vehicle not designed for that purpose.

A police investigation found Mr Williams’ mobile phone at the scene and discovered footage taken immediately before the forklift crashed.

Mr Williams, 35, a fly-in-fly-out worker from Mansfield in Brisbane, was about to become a father before he died.

His partner Casey Watters gave birth to their baby Shelby five days after his death on July 29.

‘It changed my whole world just like that,’ she told 7News. ‘I had been talking to him at about 11pm the night before, as we do when he’s away.

‘I was in shock because I was sort of like, “well, I’ve just spoken to him, you’ve got the wrong person”.’ 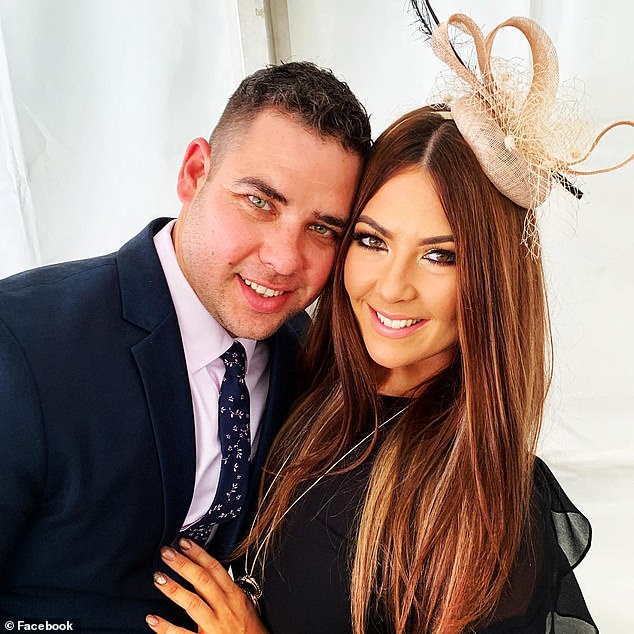 ‘Everyone that knew him just loved him,’ Ms Watters said of Mr Williams

Ms Watters said her fiancé was excited about becoming a father, and had booked paternity leave to see his child be born.

Mr Williams was described as an Aussie larrikin who loved V8 Supercars.

‘Everyone that knew him just loved him,’ Ms Watters of the man she planned to marry later this year.

A GoFundMe page had been set up to help support Ms Watters and her baby.

The man charged over his death will appear in the Mackay Magistrates Court on October 5.