Doting father, 23, who was fatally stabbed in the neck during 20-minute street fight was expecting his second child any day

A doting young father who was fatally stabbed in the neck during a 20-minute street fight in Rochdale, Manchester, was expecting his second child with his wife any day.

David Gavin, 23, died two days before his wife Bridget Reilly, 22, was due to give birth to their second daughter.

Officers were called on Berwick Street, off Milnrow Road, just before 9pm on Friday, to reports of a street fight.

Gavin died in hospital following the fight and an investigation was launched into his death.

His wife Bridget said she was too devastated to talk about her husband’s death.

The pair already had a three-year-old daughter, Elizabeth, and were expecting their second child.

The man worked as a landscape gardener and lived in London before moving to Rochdale. 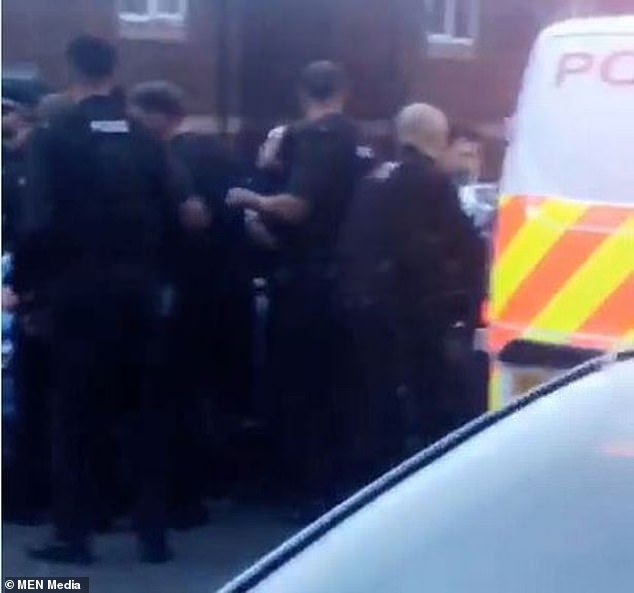 ‘He was a well-loved bloke in Rochdale, he’s loved everywhere.’

‘I don’t think there will be anyone else like him.’

His father-in-law Bill Reilly was in Jamaica when he heard the news and he soon booked a flight back to be next to his daughter and grandchild.

He said: ‘He was my son-in-law and my best friend. I loved him like a son.’

‘I’m literally in a state of shock myself. I’m devastated.’ 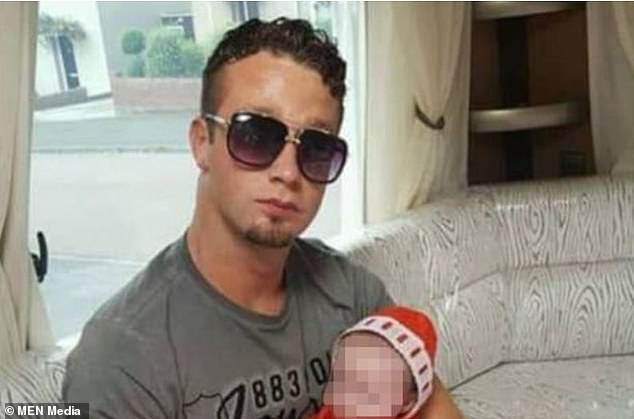 Gavin, pictured, lived in London before moving to Rochdale, where he was a ‘well-loved bloke’

A 25-year-old woman was arrested on suspicion of murder and assault and is currently in custody for questioning.

Det Chief Insp Cheryl Chatterton of GMP’s Major Incident Team said: ‘This incident escalated extremely quickly before we were called to the area and sadly, we’re now dealing with the death of a man.’

‘It was getting dark around the time of the incident last night so I appreciate there may not have been many people in the area but should you have seen something, whatever it is, please get in touch with us.’

She added Gavin’s family were receiving support from specialists and asked anyone with useful information to get in touch as soon as possible.

Alternatively it is possible to call Crimestoppers, anonymously, on 0800 555 111.