Father films easyJet worker accusing daughter, 10, of FAKING asthma to get on flight

‘Are you saying my child is ACTING?’: Furious father films easyJet worker accusing daughter, 10, of FAKING her severe asthma to get on flight after family arrived ‘three minutes’ late at Gatwick airport

A father claims an easyJet worker ‘accused his daughter of faking disability to get on a flight’.

Keith Campbell filmed a staff member’s response as his 10-year-old daughter Abigail had an asthma attack at Gatwick Airport.

Mr Campbell alleges the worker was ‘happy to leave a sick child on the floor’ and claims he was refused boarding because he was ‘three minutes late’ – which the airline disputes. 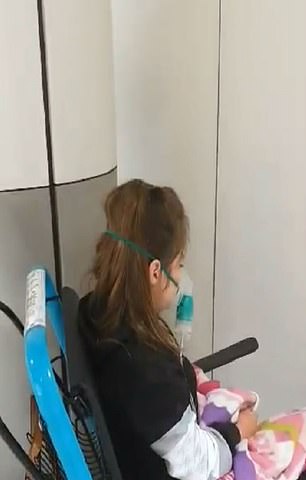 Left, Abigail on the floor as she had an asthma attack and right, Another video from shows Abigail hooked up to breathing apparatus in the middle of the busy airport

The family had enjoyed a holiday in Turkey before flying to Gatwick on July 10 for an EasyJet flight to their home in Douglas on the Isle of Man.

Mr Campbell claims they arrived ‘three minutes before the gate closed’ because Abigail was tired from her asthma. EasyJet insist the family were 17 minutes late.

The 45-year-old recorded a video, in which he be heard saying: ‘Easyjet is happy to leave a sick child on the floor are they? Is that what you’re telling me?’

The camera pans to his daughter lying on the ground in the foetal position, cradling her head. Abigail has Brittle Asthma, which can suddenly develop into a life-threatening attack.

The staff member then walks away from the scene and into a staff area, closing the door behind her. 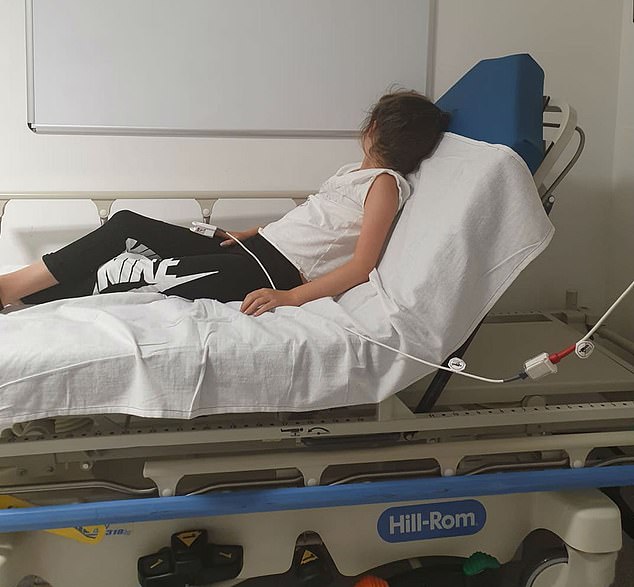 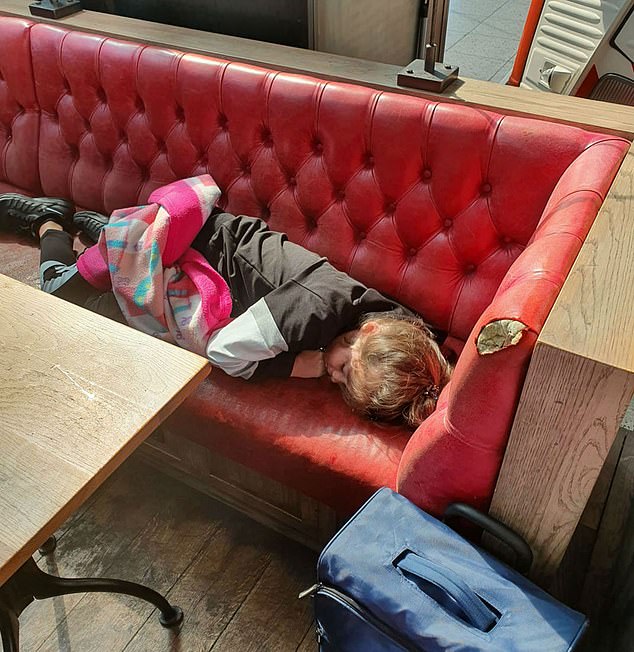 Another video from shows Abigail hooked up to breathing apparatus in the middle of the busy airport.

Mr Campbell and his family were left stranded at Gatwick for two days following the grounding of all flights from the airport on 10 July.

Speaking today, Mr Campbell said: ‘I could see she was going downhill, it can be dangerous.

‘She took really bad and needed nebulisers, so I asked could they provide somewhere to do it.

‘They just said, “there’s a plug socket over there.” 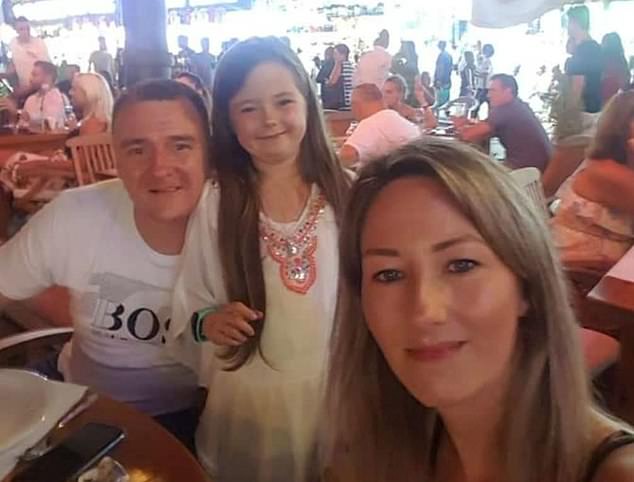 Keith, Abigal and Sheree Jameson, Keith’s partner and Abigail’s mother enjoying their holiday before the incident

‘My daughter is really self-conscious about her illness, it upsets her a lot. She blamed herself for us missing the flight, she said, “This is my illness spoiling things again”.’

An Easyjet spokeswoman said: ‘We are sorry for the Campbell family’s experience at the customer service desk. They did not receive the level of care we expect to be delivered by our ground handling partners and so we are investigating this with them.

‘Unfortunately the family arrived 17 minutes late to the gate and, whilst we held the gate open longer than usual to try and accommodate them, we were eventually required to offload their luggage to ensure that the flight and all other passengers on board could depart.

‘We provided Mr Campbell and his family with alternative flights free of charge, as well as hotel accommodation and expenses and have since been in touch with Mr Campbell to apologise for his experience and offer a gesture of goodwill.’