This is the extraordinary moment a father was reunited with his missing ten-year-old son today after finding him hiding in a bush.

Lewis Edwards, of Styal, Cheshire, was found this afternoon, having been missing since he left home on his bicycle 18 hours earlier at 7.30pm last night.

Residents in the Wilmslow area had earlier been asked to search their gardens, garages and sheds for the boy, in case Lewis had stayed somewhere overnight.

The moment the father of Lewis Edwards finds him in a bush in Styal, Cheshire, this afternoon 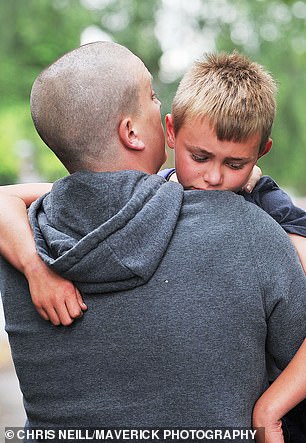 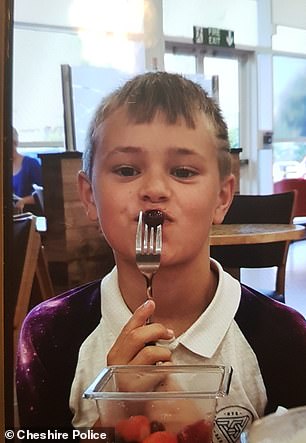 Lewis, who was found this afternoon (left) had not been since he vanished at 7.30pm yesterday 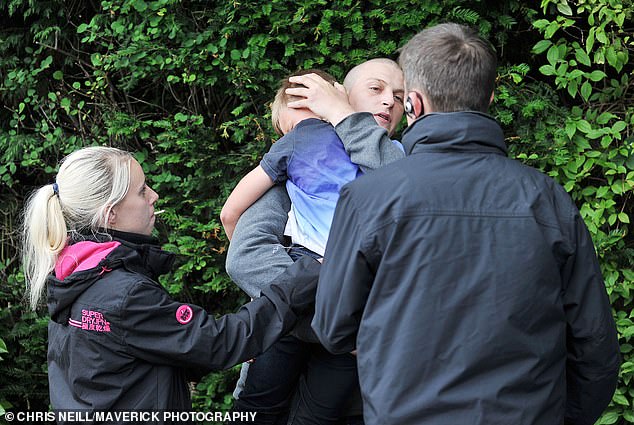 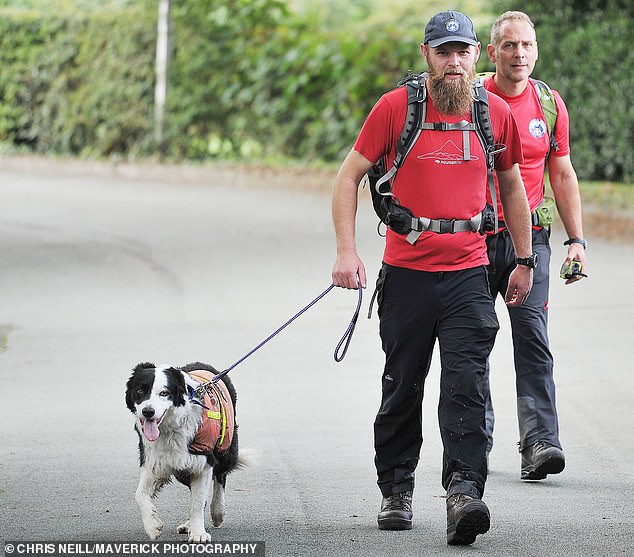 The boy’s bicycle was discovered on a woodland pathway near his home with a helmet next to it, before his father found him in the bush at 1.30pm today.

Earlier, a police helicopter hovered overheard, and two groups from the Calderdale Search and Rescue Team with seven dogs helped officers with their search.

Lewis has links to neighbouring Wythenshawe, and officers from Cheshire Police had suggested that he could have been travelling towards the area.

He was described as 4ft 6in and slim with short, dark blonde hair and two stripes shaved onto the side. He was wearing a purple T-shirt and jeans when he left home. 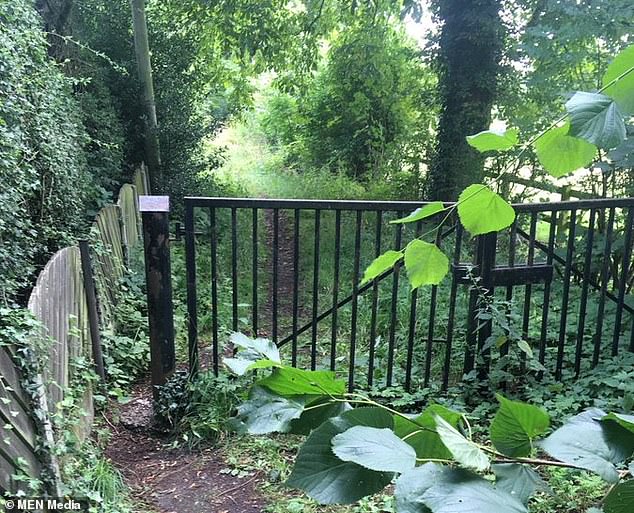 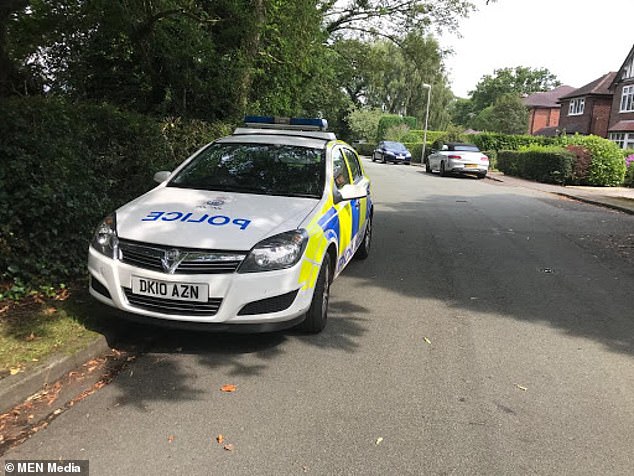 Residents told of a large police presence in the Cheshire village today. A patrol car is pictured 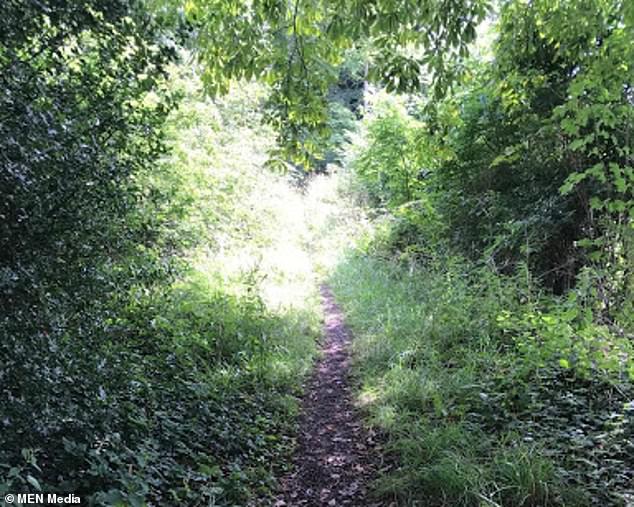 Residents in the Wilmslow area had been asked to search their gardens, garages and sheds

Residents told of a large police presence in the locality today. Numerous police cars, search and rescue teams as well as the police helicopter were seen in the area.

This afternoon, a police spokesman said: ‘We are pleased to report that the 10-year-old boy who was missing from the Wilmslow area has been found safe and well.

‘A big thank you to everyone that shared our appeal and to all those who offered their help and support.

Earlier, Chief Inspector Jez Taylor, who was co-ordinating the search, said how the force had become ‘increasingly concerned’ about the whereabouts of Lewis.