The father of an escort who was bludgeoned to death by a City banker shouted ‘scum’ as her killer was taken away to start a life sentence today.

Christina Abbotts suffered catastrophic head injuries when she was beaten with a kitchen pestle by Zahid Naseem after a drug and alcohol-fuelled night of sex.

Her father, Michael, confronted the killer as he was led into a prison van this morning, having been ordered to serve at least 19 years for the murder.

After weeks of watching Naseem deny the charge and even claim Ms Abbotts attacked him, her father could not control his emotion outside Lewes Crown Court. 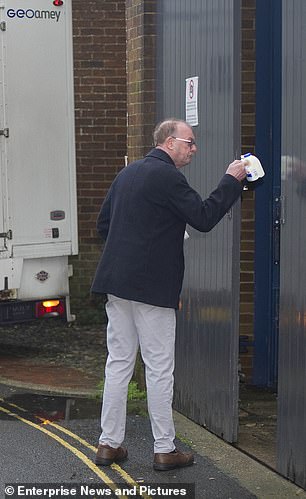 Michael Abbotts, the father of murdered Christina Abbotts, shouted at his daughter’s killer,  Zahid Naseem, through a door at Lewes Crown Court today after Naseem was jailed for life 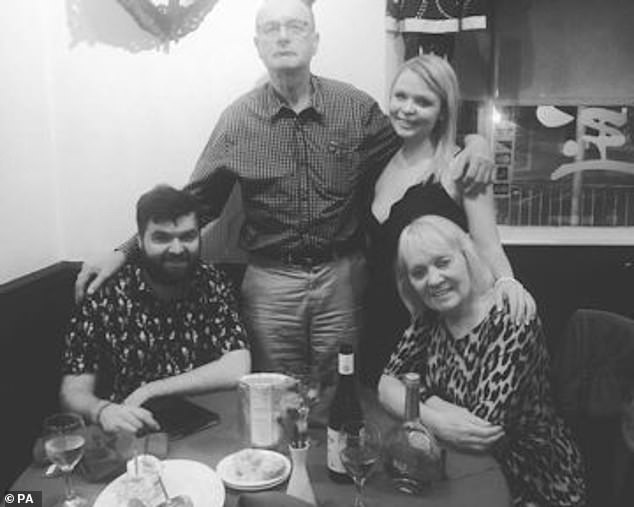 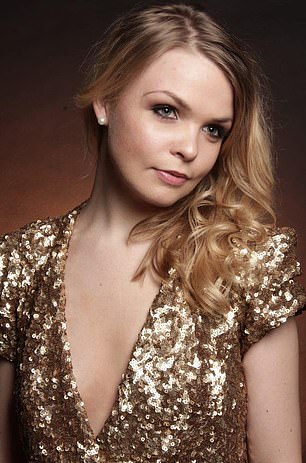 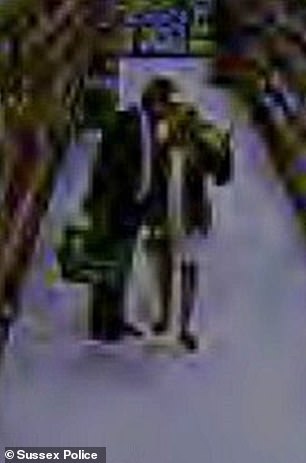 Ms Abbotts (left) led a secret life as a high-class escort before she was attacked and killed by City financier Naseem (right) during a night of sex and drugs in Sussex. The pair were seen in a supermarket before the attack, with Naseem kissing Ms Abbotts in one of the aisles (right)

Police discovered Ms Abbotts battered body after being alerted by her friends when she failed to turn up at her 29th birthday party.

Naseem was today jailed for life and ordered to serve 19 years before he can apply for parole.

Miss Abbotts’ devastated parents Michael and Pirrko and brother Stephen wept in the public gallery as a victim impact statement was read to the court.

In the statement Michael Abbotts, a retired BT engineer, said the family had worried constantly about their daughter living in London.

He said: ‘As parents living in the West Midland we constantly worried for her safety and financial circumstances whilst living away in London. But she was so proud she always told us she was okay.

‘We miss her coming home to visit is as she always managed to brighten up our lives, always happy and positive; now life seems like it will never be the same again.

‘I was hoping one day to walk her down the aisle, she would have been such a beautiful bride and instead we had to take her in a coffin.’ 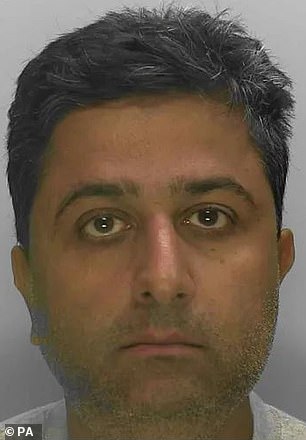 He said Christmas would be ‘bleak’ for the family as the details of her life and the murder resurfaced throughout the trial and take them back to the day they heard she had been killed.

He added: ‘May she rest in peace. We love you Christina and miss you so much.’

She said: ‘She had chosen to earn her money in a business that is as old time and one that has always carried with it huge risks and dangers, as this case sadly demonstrates.’

Judge Laing said Naseem had presented as a well-spoken, educated, professional man who was looking for a good time but that the reality was very different.

‘Your unsettled work situation was causing you considerable stress.,’ she said. ‘You seem to have become obsessed with escorts and you had a drugs and alcohol addition that was becoming out of control.

Christina Abbotts lived a secret life as a high-class escort, but told her friends and family she worked in IT. Her father, Michael, told the court: ‘I was hoping one day to walk her down the aisle… instead we had to take her in a coffin.’ 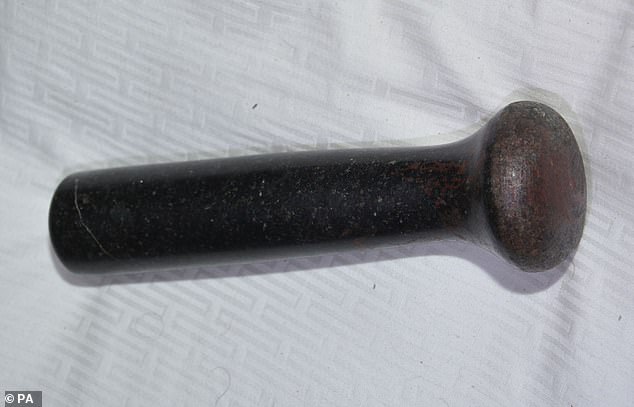 Ms Abbotts did not tell friends or relatives that she was earning thousands as an escort.

In a tribute yesterday, her parents of paid tribute to their ‘loving, caring’ daughter and said the picture painted of her in court did not fully reflect who she was.

‘It has not been mentioned but we would like to clarify that Christina held many legitimate jobs in estate agency and events,’ they said in a statement on Thursday.

‘She is not here to defend herself in this case and the way she has been portrayed does not reflect and define our Christina.

‘What has been highlighted in this case does not change the fact that she was a loving, caring and loyal daughter, sister, niece and friend.’

Naseem stayed in the flat for 12 hours after the murder – drinking, taking drugs and sending pornographic pictures and videos of himself performing sex acts to other escorts.

The father-of-two, who had huge debts despite a £250,000 salary, then claimed his 5ft 4ins victim tried to throttle him during a sex game.

Miss Abbotts, who studied at the Royal Agricultural College in Cirencester and Oxford Brookes University, told friends she was an IT consultant in London.

But in reality she was living a secret life as an escort girl charging £2,000 a time under the pseudonym Tilly Pexton.

She advertised her services online and met clients in luxury hotels in London and at a rented flat in Crawley, West Sussex.

The money allowed her to mix with a wide circle of ‘posh’ friends and she enjoyed the high-life, dining at £350-ahead restaurants and attending Royal Ascot and polo matches.

Lewes Crown Court heard she met Naseem, who was working for the Toronto-Dominion Bank, after he contacted her through a website.

He had become estranged from his long-term partner and was spending huge sums on drink, drugs and prostitutes. 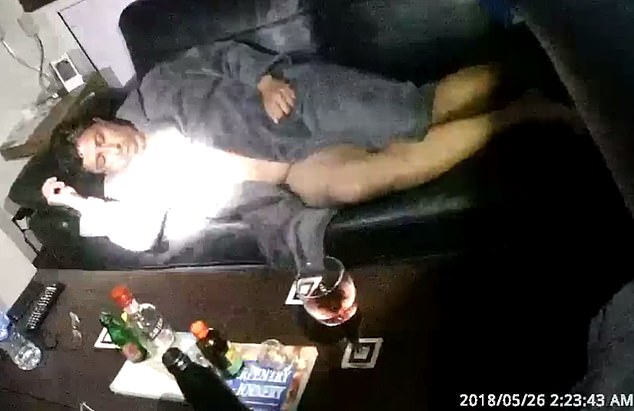 Despite an outwardly successful career, Naseem was sacked from his last job at Aberdeen Asset Management after running up a £20,000 ‘entertaining’ bill.

Miss Abbotts was preparing to celebrate her birthday at a hotel but was contacted by Naseem the previous evening and agreed to meet him at her Crawley flat.

After travelling by taxi from his Amersham home, the pair were caught on CCTV at Asda buying bottles of champagne.

The following day she received texts from friends and family wishing her a happy birthday and replied but did not attend her party.

Prosecutor Christopher Tehrani said Naseem launched the ‘brutal’ attack because he was angry that she was ignoring him.