A father left his five-year-old daughter who suffers from a medical condition inside a hot car while he played pokies at a pub.

The father, who is in his mid-40s and can not be identified for legal reasons, left his daughter outside of the Allenstown Hotel in Queensland at about 2.30pm on July 26.

A liquor store staff member found the child in a hot, sweaty condition with matted hair.

The staff member told the Blackwater Magistrates Court there was no sign of food or water in the car and just one window was slightly open.

The father, who is in his mid-40s and can not be identified for legal reasons, left his daughter inside his hot car while he played pokes at the Allenstown Hotel (pictured) in Queensland at about 2.30pm on July 26

Solicitor Zoe Craven told the court the man’s older daughter was supposed to be looking after the child.

She said they had an argument and his daughter got out of the car and walked off.

Instead of staying with his child until his daughter returned, the man went inside the hotel and his younger daughter alone in the vehicle.

‘He wasn’t thinking clearly at the time and was operating under stress,’ Ms Craven told The Courier Mail.

‘He exercised poor judgement,’ she said.

The court heard the child has suffered from multiple medical issues since birth.

The father constantly travels throughout Central Queensland to take her to specialists and nutritionists.

‘For the most part he has been a very caring and attentive father to his child,’ Ms Craven said.

Ms Craven said the father had been stressed from financial and family matters.

She claimed he did not have any family support in the region. 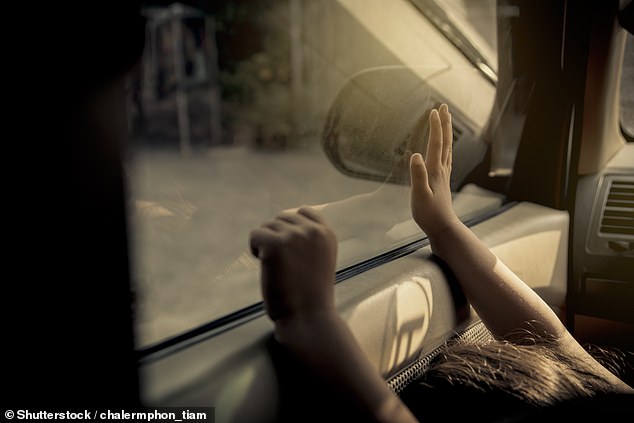 Magistrate Robert Walker said a period of imprisonment would be appropriate due to the seriousness of the offence.

But after he took the man’s role as the child’s full-time carer and he was a single parent into account, he lessened the sentence.

The father pleaded guilty to leaving a child under 12 unattended and was placed on 18 months’ probation with a conviction record.