A father-of-21 has revealed what it’s like to be at the helm of Britain’s biggest family, after welcoming the latest addition to the huge brood.

And in a new video about family life, Noel, 47, – who runs a bakery – said that the joy is just the same as it was when their first child Christopher was born almost 30 years ago.

‘Just because we’ve got 21 doesn’t change our feelings towards having a new baby at all. It’s just as exciting now as it was with our very first.’

Sue added, in the short film for Zanussi, that the best thing about having such a large family is that ‘the kids are never lonely’, while her daughter Chloe agreed: ‘There’s a lot of love and there’s just so much fun in the house.’

Noel and Sue Radford from Morecambe, Lancashire at home with 15 of their 21 children, including baby Bonnie who was born earlier this month

However Sue did admit to some downsides, saying: ‘Two things that are the most difficult are the laundry and the cooking.

‘You’re going to have a lot of clothes and washing I do not like putting it all away.’

The couple recently received new appliances from Zanussi after the brand heard they get through 63 loads of tumble drying a week.

‘We were really excited when Zanussi reached out to us. With such a big family we spend a lot of time on household chores; time that could be spent together as a family,’ Chris said.

Balancing the all-consuming needs of a newborn, with 18 other children can be quite a challenge. It’s great that now we can do just that and don’t have to waste precious family time.’

The 43-year-old gave birth to her 20th child, Archie, in September last year, and she promised at the time that it would be her last. 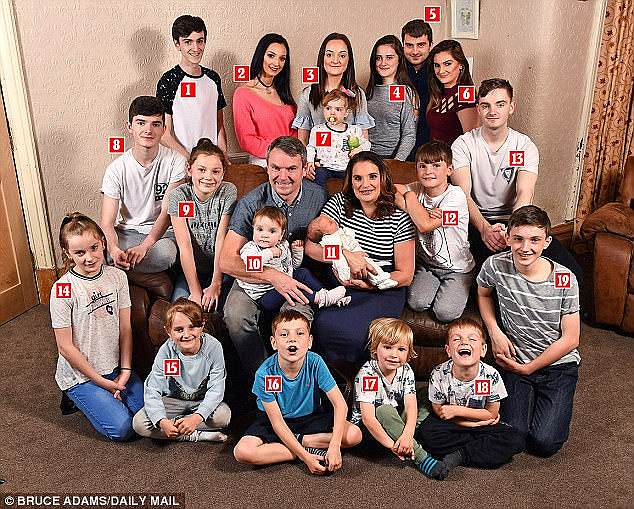 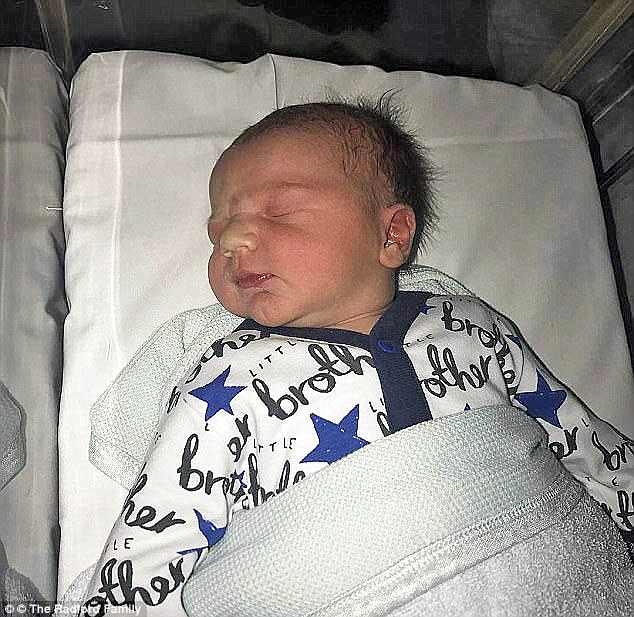 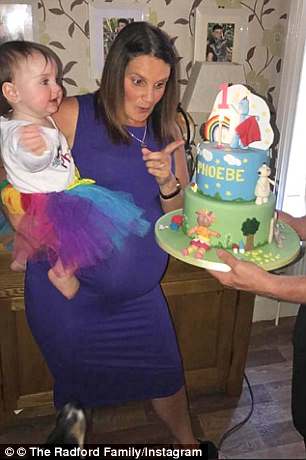 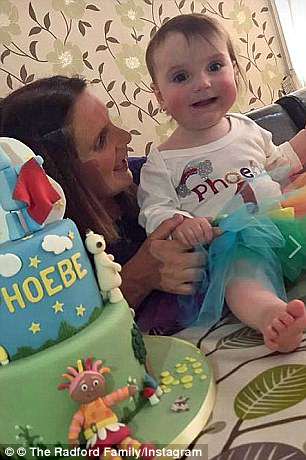 Mrs Radford celebrating the first birthday of her 19th child, daughter Phoebe while pregnant with her 20th child Archie

They had their first child, Chris, 28 years ago, when Sue was aged only 14. The couple decided to keep the baby as they were both given up for adoption at birth.

The couple then moved into their first home together and got married. Shortly afterwards they welcomed their second child, Sophie, when Sue was 17.

Mrs Radford lost a boy, Alfie in 2014, who was stillborn, but he is still very much part of the family. 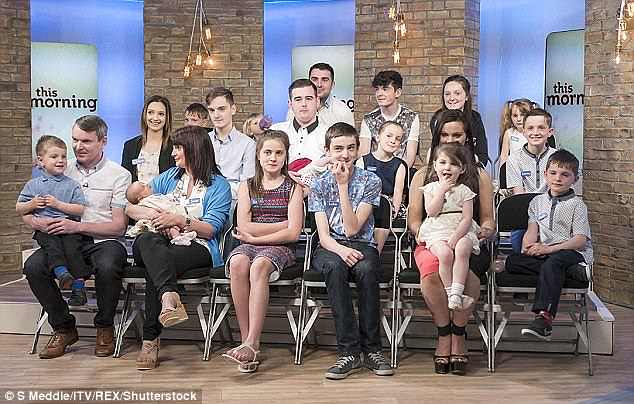 The family have also made regular TV appearances, including

A whole lot of mouths to feed! The Radford family’s budget

The couple receive £170 per week in Child Benefit and survive on Noel’s just under £50,000 salary.

They spend around £300 a week on food shopping and carefully plan their batch-cook to make sure it feeds everyone.

They have a budget of £100 for their children’s presents at birthdays, while at Christmas they set aside between £100 to £250.

The family now live in a large £240,000 Victorian house, a former care home, that they bought 11 years ago and they pride themselves on having no credit cards or finance agreements. They also enjoy a holiday abroad every year.

They spend £300 a week on food shopping, with 18 pints of milk, three litres of juice and three boxes of cereal being consumed every day.

Chris George, Head of Marketing at Zanussi said: ‘When we heard that Sue and Noel were having another baby, we jumped at the chance to help prepare the family for their newest arrival and ease the load of Britain’s biggest family.

‘By providing them with brand new Zanussi appliances we hope to make life simpler and easier for them. The Radford clan will be able to spend less energy doing chores and will have more time to spend together as a family.’

Noel had a vasectomy during his wife’s ninth pregnancy but had it reversed when they decided to have more children.

The following year, Mrs Radford – who does not receive state handouts apart from child benefit, lost a boy, called Alfie, when she was 23 weeks’ pregnant.