George Anthony was medevaced to a Daytona Beach hospital on Saturday after he was  involved in a car accident near his home in Florida.

The Florida Highway Patrol said that the father of Casey Anthony veered off the road while driving on Interstate 4 and then flipped his car multiple times when he tried to return into the lane of travel.

Anthony was in serious condition when he left the scene in a helicopter and has suffered ‘incapacitating injuries.’

He is recovering at the Halifax Medical Center, with no word yet on the specific injuries he suffered in the crash.

DailyMail.com was able to obtain the 911 calls made by some of the drivers who witnessed the event, with one stating multiple times that they saw Anthony suffer a seizure just before he went off the road. 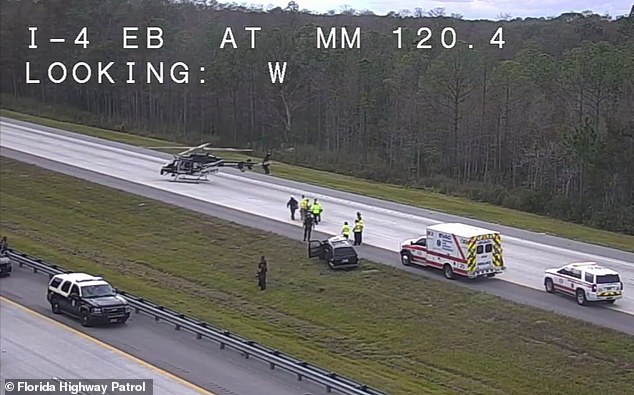 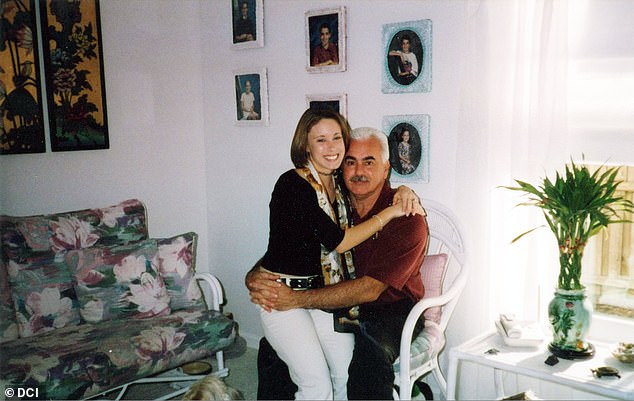 Fractured: George said last year that he believes his granddaughter was killed by her mother Casey, who he accused of giving the child illegal drugs (Anthony and his daughter)

Casey was later found not guilty of the child’s murder.

Anthony’s car eventually came to a rest on the median, and westbound traffic in Interstate 4 was shut down while a helicopter was flown in to take him to the hospital.

He was able to tell a trooper at the scene of the crash that he had no memory of what was happening before the accident, and it is still unknown what caused him to briefly lose control of the vehicle.

He was not suspected to have been consuming alcohol or drugs by those who responded to the scene, and was not tested for either at the time.

Anthony was wearing both a shoulder and lap belt, but the airbag in the vehicle did not deploy according to the report.

The car he was driving at the time,  a 1999 Toyota 4Runner, is registered to his wife Cindy.

She was not with him at the time of the accident, which was reported just after 3pm on Saturday.

Additional 911 calls made by fellow drivers were also obtained by DailyMail.com.

The first person to reach out lost service before they could report the accident, but the second caller was able to give a location and description of the crash, but said she did not stop because it seemed too dangerous. 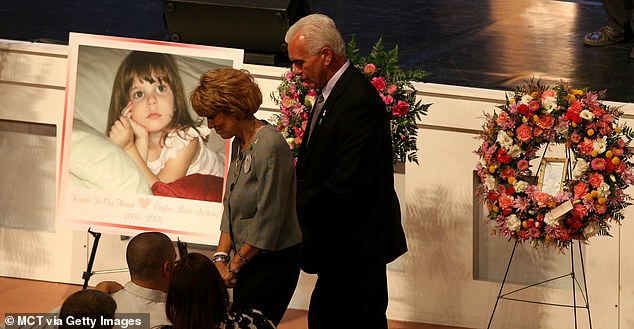 Tragedy: It was 10 years ago almost to the day that the body of George’s granddaughter Caylee was discovered, months after she went missing (George and wide Cindy in 2009 at a service for Caylee)

Anthony was blunt and straightforward in a special last year about his daughter, stating that he believes his Casey had been drugging Caylee in the months before her death, and that is what caused Caylee’s death.

What’s more, he called the idea that the little girl drowned in a pool ‘bulls***.’

Casey’s mother Cindy said she was happy with the verdict, and admitted that she and her daughter still speak.

George said he will never again have a relationship with his daughter.

‘That’s a bunch of bulls*** to me. That’s too easy of a story to bring up cause if that would’ve happened, I think my daughter would have at least have had the common decency to come inside and call 911 and say something. “My daughter’s in the pool, I can’t get her.”‘

He then explained how he arrived at his belief that young Caylee was being drugged by her mother.

‘Caylee was always a very healthy child, a very healthy girl, but there were times that she would sleep for 10, 12, 13 hours at a time, makes no sense to me,’ said George.

‘When I would see her from one day to the next, it was totally different. I could see a difference with blackness underneath the eyes and stuff like that. A two-and-a-half, three-year old child would not have that unless something is going on.’

George then plainly stated: ‘I believe she gave her something. Yeah, that’s just my beliefs.’