Racial tensions are close to boiling over in Kalgoorlie, West Australia, after the father of dead Aboriginal teen, Elijah Doughty, is arrested on the eve of the one-year anniversary of his son’s death.

Elijah was 14 when he was killed, after a white man knocked him off the road, after giving chase to the school boy who had taken off on a stolen motorbike.

The boy’s death caused a major race riot on the gold town – but the Aboriginal community were asked to let the legal system do its job.

Darryl Doughty, pictured here with son Elijah, in happier times – has been charged with assaulting a security guard the day before the one-year anniversary of his son’s death 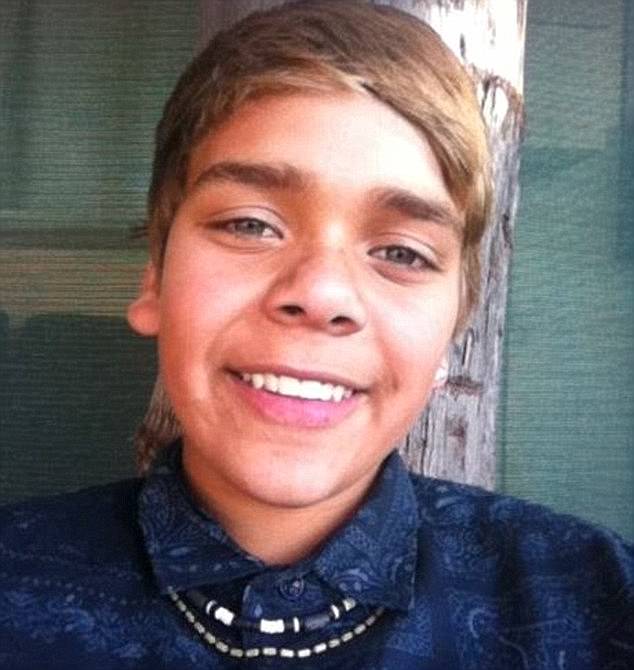 Elijah, pictured, was killed on August last year after the stolen bike he was riding was knocked off the road

The simmering tension once again built up after the man accused of killimng the boy was acquitted of manslaughter – and jailed for three years after being found guilty of dangerous driving instead.

Now – a year on from the young boy’s death – the community are screaming about racial injustice again – as a video of Darryl Doughty, 42, being arrested emerges online.

A witness to the man’s arrest told Daily Mail Australia his young children were forced to watch on, crying, as their father was lead to the back of a police wagon.

Amy McGuire said she saw the father in handcuffs outside the Kalgoorlie Court House on Monday – on the eve of the first anniversary of Elijah’s death.

She claim the arrest was ‘targeted racism’.

‘He’s at the court house, serco (Court Security and Custodial Officer) antagonise him very much in his face, he shrugs them off, they get quite physical, he tries to defend himself, other police run in and pretty much seven men made up of serco and police officers punch into him knocking him to the ground kicking him, all in front of his little children,’ Ms McGuire claimed.

But police claim the alleged altercation began at about 9.10am as the man was entering the courthouse.

‘The man was subject to a security search with a metal detector wand by a male Court Security and Custodial Officer. The man failed to comply with the search and left the building,’ police said.

‘He was seen by the male officer to act aggressively towards a member of the public. 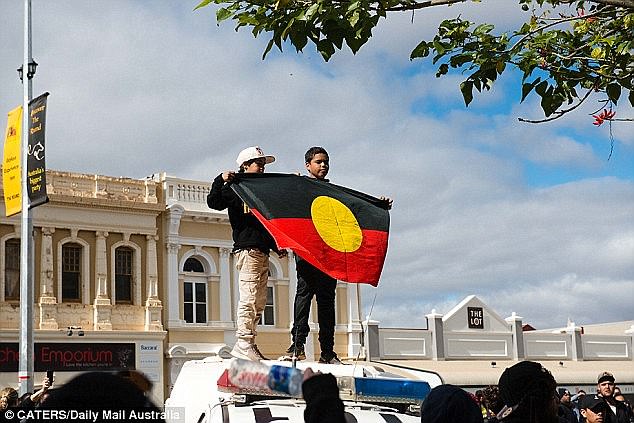 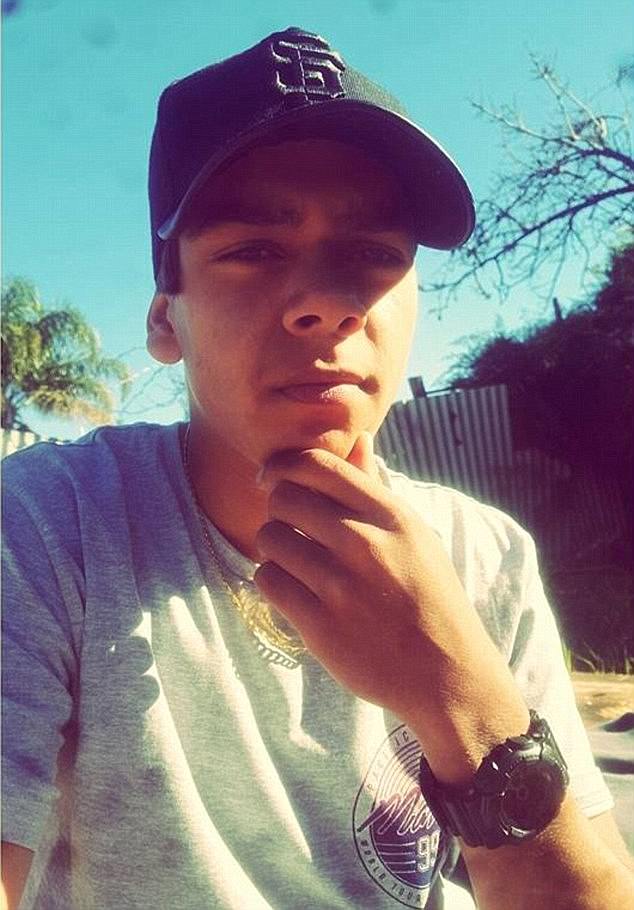 Elijah was 14 when he was killed, after a white man knocked him off the road, after giving chase to the school boy who had taken off on a stolen motorbike. 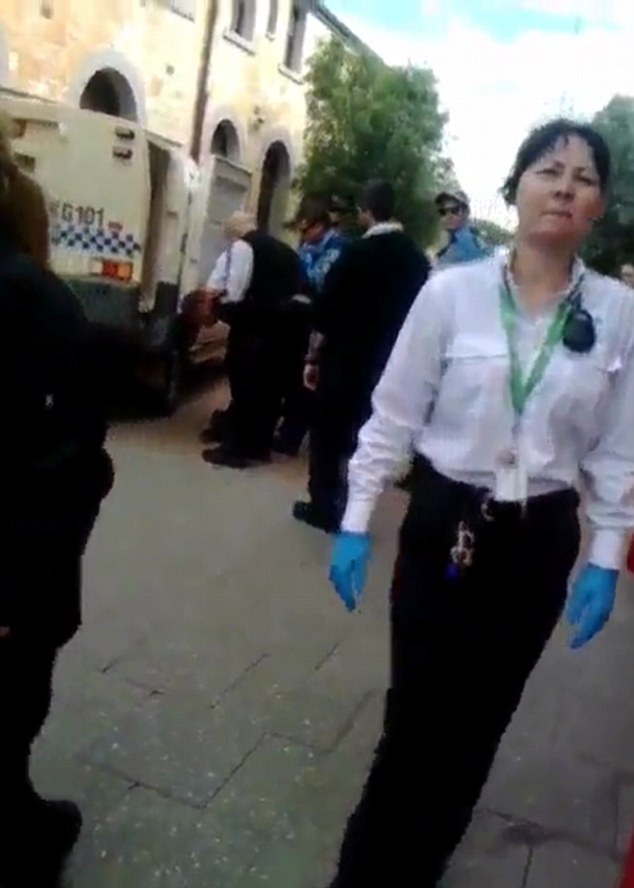 Darryl Doughty, pictured, being placed in the back of a police car on Monday

‘He was instructed to leave, before he allegedly spat at the officer.

‘As he was being apprehended by the officer, he allegedly assaulted him to his face causing minor injuries.’

‘Police were called to attend the scene and arrested the man without incident,’ they said.

A witness to the man’s dramatic arrest posted a video online, showing the father handcuffed and head-bowed heading to the back of a police wagon.

The footage sparked outrage in the community.

‘Need to get white observer’s out there to gard (sic) the mob out there its a powder keg out there and our mob out there are sitting ducks need independent media and numbers fast,’ said one supporter.

‘Kalgoorlie police for ya nothing but racist dawgs!,’ Jayden Doughty, a relative, wrote.

But some would-be-supporters were critical of the video. 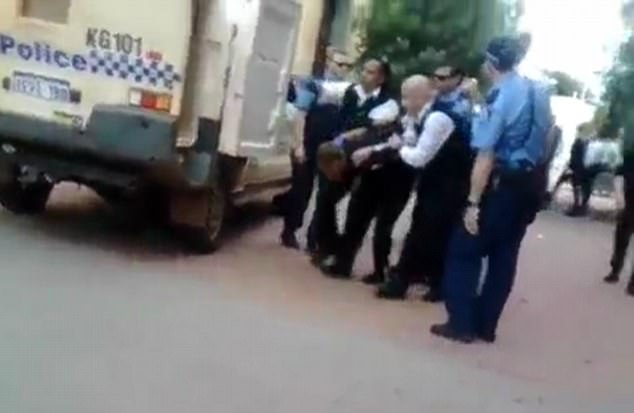 ‘Kalgoorlie police for ya nothing but racist dawgs!,’ Jayden Doughty, a relative, wrote. 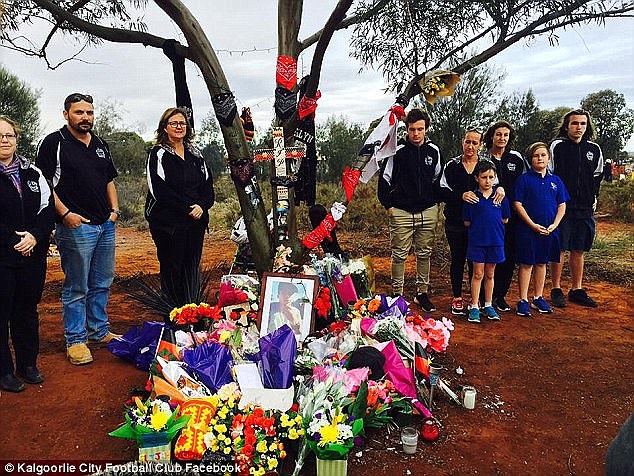 ‘Please provide actual proof of the bashing! Not trying to sound non comformative here but I seen no blood, no brushing nothing on him! Except the fact there is DETECTIVES AROUND HIM!!!

‘So obviously not a simple “fine ” as you say because detectives do not get their hands dirty unless they have to. Please don’t cry wolf!! It will ruin all credibility for the actual facts that needed to be pushed to help make the changes,’ one woman wrote.

‘Don’t let facts get in the way of a good uprising. It kills the buzz,’ another replied.

‘Come on give him a break this family have been through enough,’ said another supporter. 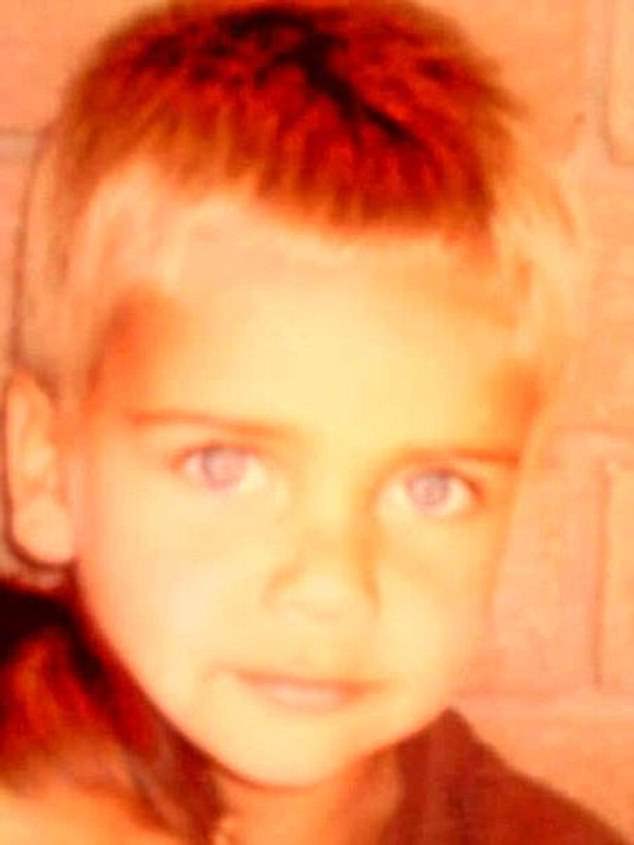 Elijah Doughty, pictured as a young boy, before his death in August 2016 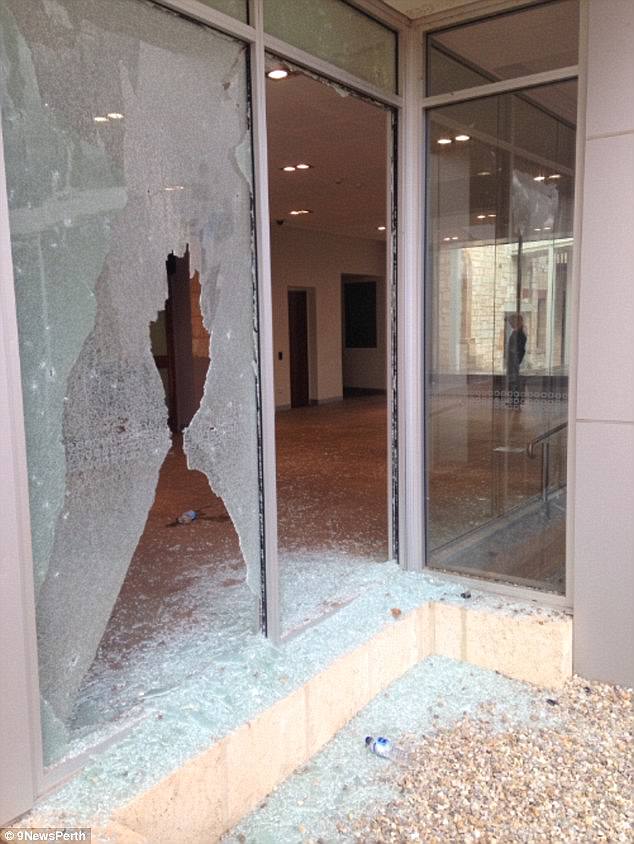 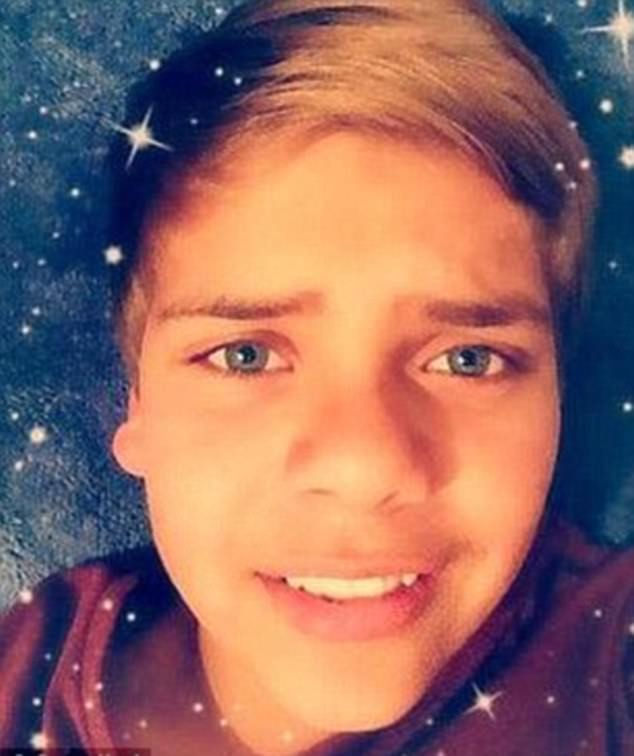 ‘Come on give him a break this family have been through enough,’ said another supporter

There have been many tense periods between the community and authorities since the boy’s death.

Protesters rubbed ochre on the windows of the Supreme Court of NSW on Monday to vent their anger over what they say is a light sentence for the man accused of killing the Aboriginal teenager.

The man was acquitted for manslaughter and sentenced to three years behind bars after hitting Elijah Doughty, 14, with his ute in August 2016.

Hand prints, finger marks and the words ‘justice’ and ‘Elijah’ appeared in a burnt red on the glass as a large crowd bearing placards turned out to vent their frustration.

One woman threw ochre on the steps of the courthouse.

‘The blood is on the Commonwealth,’ she said. 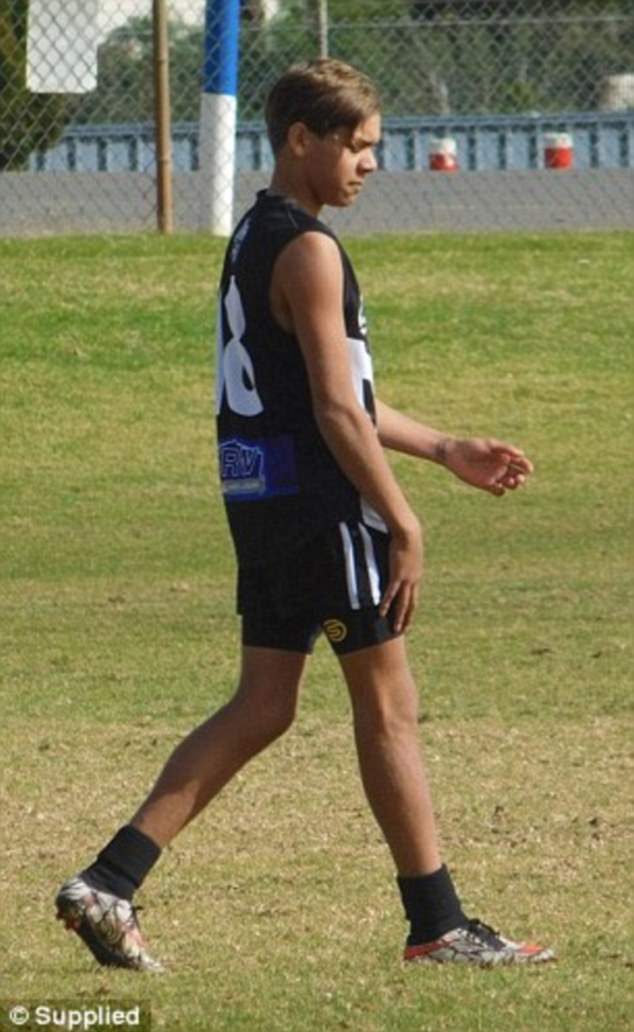