A father-of-five was jailed for three-and-a-half years after he beat his girlfriend during a ‘drink-and-drug-fuelled’ rage while on a luxury weekend for her birthday.

Plumber Ronnie Gaunt, 38, from the Halewood area of Liverpool, had booked his then girlfriend Leah Walters, 25, into the Hilton hotel in Manchester city centre before spiralling into a drink and drunk crazed outburst

Plumber Ronnie Gaunt, 38, from the Halewood area of Liverpool, had booked his then girlfriend Leah Walters, 25, into a five-star Hilton hotel in Manchester city centre.

He bought her birthday presents and took her for a meal at celebrity haunt Menagerie before the couple went for drinks at the Deansgate Locks complex.

It was not long before Gaunt spiralled into a ‘drink-and-drug-fuelled’ outburst after snorting cocaine during their night out.

Back at their hotel, Gaunt claimed fellows guests were discriminating against him ‘because he was white’.

He then he turned on Miss Walters in their room after she told him she was leaving.

During the assault, Gaunt grabbed the victim around the throat with both hands and shouted, ‘you’re not going, you slag’, before chasing her down the corridor as she tried to flee. 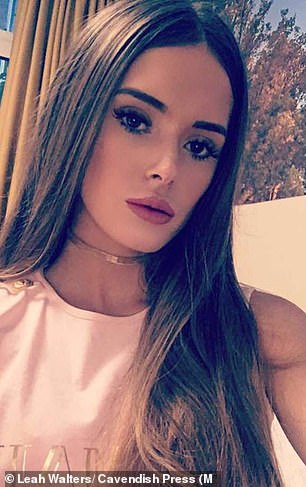 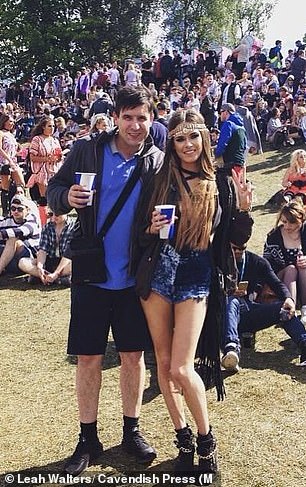 Miss Walters described feeling ‘kicks everywhere’ and Gaunt punches her in the face and head for 15 minutes. Officers found an empty snap-bag belonging to Gaunt containing cocaine in the couple’s hotel room

He grabbed her by the hair pulling clumps out of her scalp then began kicking and punching her in the face and head during a 15-minute beating.

One guest tried to intervene but Gaunt told him to ‘f*** off’ and fled in the hotel lift  before he was arrested outside the hotel.

Police found blood spattered over the walls of the corridor and in the lift.

Officers also found an empty snap-bag, containing cocaine, which belonged to Gaunt and was found in the couple’s hotel room.

Miss Walters, who has two children with Gaunt, lost consciousness during the assault and was later treated in hospital for various injuries to her head and body.

In a statement to police she said: ‘I feel sick with what has happened and the worst thing is my children have to look at what he has done to me.

‘I thought he loved me. I am scared he might do something worse to me or do something in front of the children next time, or I might end up dead.

Miss Walters had to have corrective surgery to her nose and worries about Gaunt coming to her home. Gaunt admitted at Manchester Crown Court of inflicting grievous bodily harm and was banned from contacting his ex-girlfriend indefinitely

Miss Walters continued: ‘What has happened has scarred me mentally and physically and I have been left with bald patches in my hair.

‘I have had to have corrective surgery to correct my nose. My children aged two and five months see my face and it worries me that my children will pick up on it.

‘I am scared to go back to Liverpool in case he comes round to my house and tries to harm myself or my children. He knows where I live and he knows my routine, I feel unsafe.

‘My self confidence has been knocked down. What happened has changed me as a person and I look different now. I am having issues with my breathing.’ 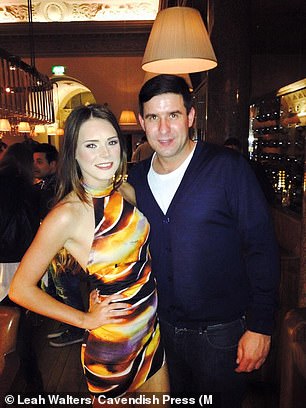 She added: ‘Every time I look in the mirror it’s a personal reminder of what happened and what he did to me. I am scared for my life and feel constantly in fear.’

At Manchester Crown Court Gaunt admitted inflicting grievous bodily harm and was also banned from contacting Miss Walters indefinitely under the terms of a restraining order.

The court heard the couple, who had been dating for several years, had split in 2018 but on March 22 this year Gaunt took her for a weekend away to celebrate her birthday.

Prosecutor Geoff Whelan said Miss Walters described Gaunt as calm at the start of the night then started ‘acting up and taking his top off as if he was trying to start a fight.’

At the bar he continued drinking but Miss Walters said he was also taking cocaine throughout the night. His mood appeared to be low and down, so they returned to the hotel at 1am.

The plumber tried to cause an argument with other people in front of the hotel and made the comment: ‘Is it because I am white?’

The police were called and diffused the situation and the couple went to their room.

In the room Gaunt calmed down and told Miss Walters he loved her. However his behaviour upset her and she told him she didn’t want to spend her birthday with him.

He then became more aggressive and started shouting at Miss Walters when she decided to get changed and leave the room around 5am.

At this point Gaunt ran in front of her and put his hands around her throat and shouted: ‘You’re not going, you slag’.

Prosecutor Whelan added: ‘He was extremely angry and aggressive and had hold of her for a minute or two before letting go and she ran out of the room.’

Gaunt chased her down the hotel corridor and pulled chunks of her hair out and started kicking and punching her head and body.

Miss Walters described feeling ‘kicks everywhere’ and told how he punched her ‘at least ten times in the head’ and repeatedly said, ‘you slag’.

The victim could not recall further details, due to the pain, however she pleaded with him to stop – referring to their two children at home.

Miss Walters screamed for help before being knocked unconscious. A guest came out of his room at 5.30am and saw the defendant lying on top of the victim near to the lift.

The guest shouted at Gaunt to ‘get off her’ yet he returned from his room a minute later.

The witness saw Miss Walters lying face down covered in blood and her jaw was swollen.

Gaunt went down in the lift after telling the witness to ‘f*** off’ and the guest tended to Miss Walters.

Hotel security staff and the manager of the hotel later came to the corridor.

Gaunt was followed by the hotel security staff out of the hotel and then later arrested on suspicion on assault. 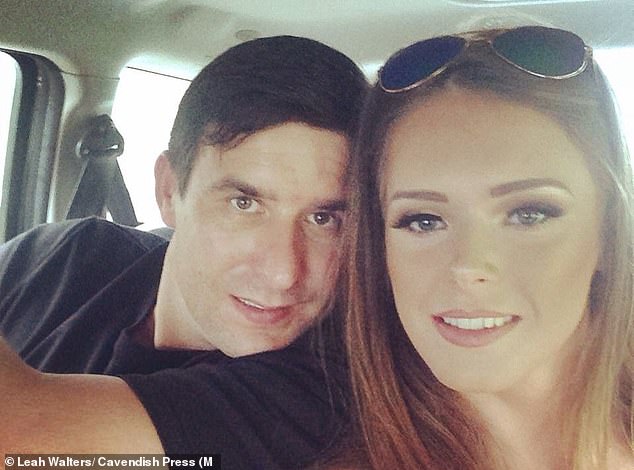 Prosecutor Geoff Whelan added: ‘Officers later attended the scene and found blood on the walls of the corridor and on the lift and blood on Miss Walters.’

Miss Walters had facial bleeding and was taken to the Manchester Royal Infirmary for treatment.

She had bruising to the left side of her face plus a large bald patch around her ear from her hair being pulled out.

She also suffered bruising to the forehead, eyes, neck, shoulder, left leg and right thigh as well as swelling to both jaws with an inability to fully open her mouth.

Miss Walters also had swelling in her nasal bridge and a 1ins laceration to her nose. 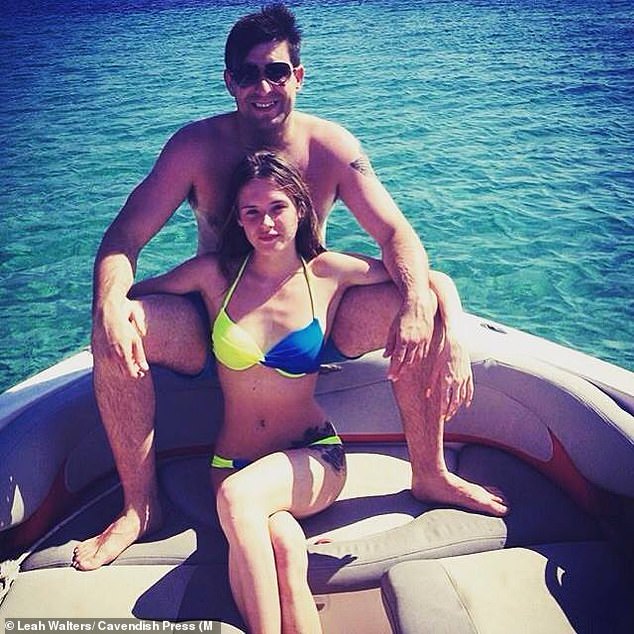 Gaunt had previous convictions for harassment against the victim.

In mitigation, defence lawyer Thomas McKail said: ‘They often separated on occasions before reconciling but he recognises the relationship has now come to an end.

‘This was a moment of madness and he accepts he is ashamed and wishes to say through me how truly sorry he is for the way he behaved.’

Sentencing Gaunt, Judge Patrick Field QC said: ‘This was an appalling, brutal, drink and drug-fuelled assault on your former partner and we have heard of painful injuries caused her and which left her in fear and distress.

‘I have no doubt that when she was cowering on the floor of that hotel room she experienced terror and humiliation.’