Father-of-four, 43, struck down with COVID-19 leaves hospital after spending 17 days on a ventilator

Father-of-four, 43, struck down with COVID-19 leaves hospital after spending 17 days on a ventilator and being treated with antiviral drug developed to fight Ebola

A father-of-four struck down with coronavirus has been released from hospital after spending 17 days on a ventilator.

Mike DeWan, 43, was not expected to survive COVID-19, before he made a remarkable recovery after being treated with the the antiviral drug remdesivir at Penn Presbyterian in Philadelphia.

‘I think I’m still processing everything, but I’ll tell you, it’s great to be home,’ DeWan told CBS 3 Monday.

DeWan contracted coronavirus in mid-March after going out for a birthday dinner with his wife, Kelly, and their four daughters, as well as his parents and in-laws.

All ten of them eventually came down with COVID-19 – but DeWan was the most severely affected.

Father-of-four Mike DeWan has been released from hospital after he was struck down with coronavirus and spent 17 days on a ventilator. He is pictured with his wife and daughters 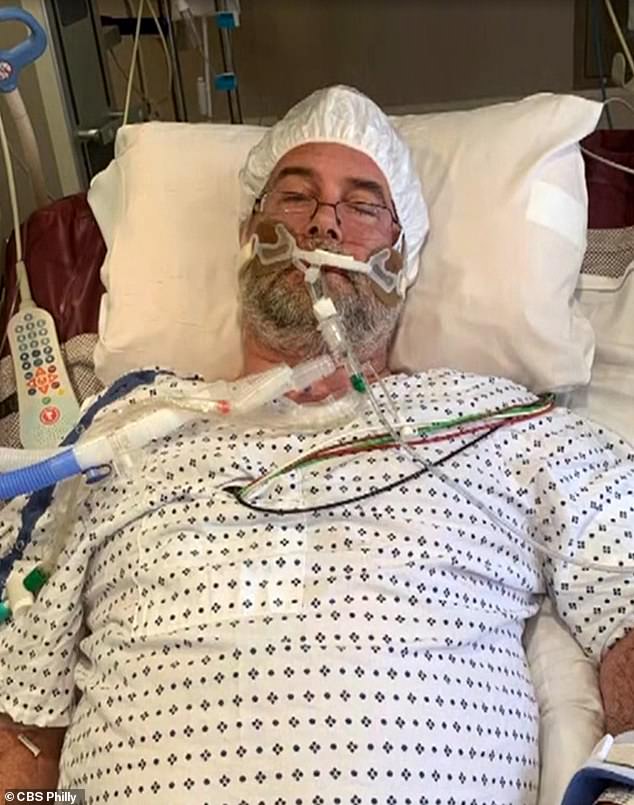 After struggling to breathe, he was admitted to Penn Presbyterian, where doctors were stunned by the damage done to his lungs. He is pictured in hospital

After struggling to breathe, he was admitted to Penn Presbyterian, where doctors were stunned by the damage done to his lungs.

DeWan was put onto a ventilator, and his family feared the worst.

‘I tried to shield the girls as much as I could,’ wife Kelly told the news network, adding that there were times she thought her husband would not make it.

Only 20% of patients who are put onto ventilators survive. One of DeWan’s treating doctors, William Short, told CBS 3:  ‘There was not much to offer him at that time’. 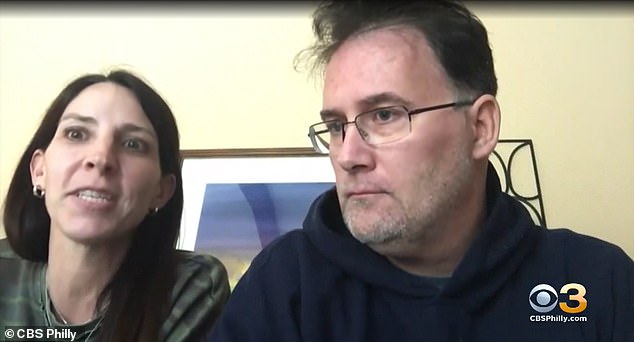 However, Short sought to treat DeWan the antiviral drug remdesivir. As the drug has not yet been clinically tested int the US, Short had to seek compassionate use.

After a 10-day cycle on the antiviral, DeWan’s condition drastically improved.

‘I walked past his room and he was sitting him in a chair. I had to take a double, I walked back and I saw him actually sitting. I waved at him, I’m waving, showing him that I was happy. He just kept looking, giving me a thumbs up. He had no idea who I was,’ Short stated.

DeWan came off the ventilator and, on the weekend, was allowed to leave Penn Presbyterian.

Staff clapped and cheered as DeWan exited the hospital and returned home to his wife and four young daughters.

While there is anecdotal evidence that remdisivir has helped COVID-19 patients to recover,  Short says he is not positive it was the antiviral alone that prompted DeWan’s recovery.

Remdesivir was originally developed to treat Ebola, but is now being trialed on patients in numerous countries to see whether it is effective in the fight against  coronavirus.

The first clinical trial in the US commenced this week. 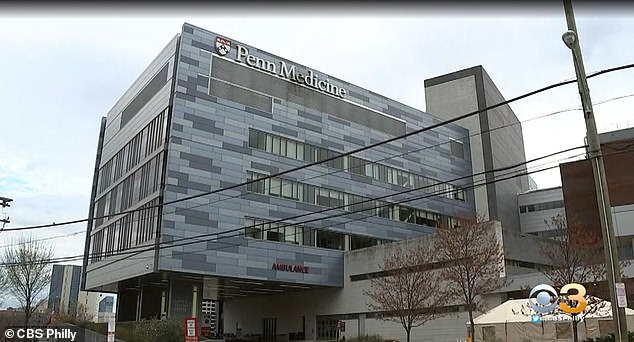 DeWan was  admitted to Penn Presbyterian in Philadelphia, where doctors treated him with remdesivir