Father of girl, 16, who died on railway lines found dead

The father of a schoolgirl who was killed on railway tracks has been found dead.

Paul Butters’ body was found on Sunday, just over a month after his daughter Taiyah-Grace Peebles, 16, was electrocuted on a train line in Kent.

Taiyah was found on Wednesday, July 26 after she was electrocuted following a night out with friends, according to British Transport Police.

Her mother Hayley Peebles, former partner of Paul, who was in his 30s, said: ‘We are all completely shocked and saddened and feel for his family, especially coming so soon after Taiyah’s death.

‘I had not seen him for years but he was invited to her funeral and would have been welcomed, but didn’t come.

‘It’s difficult to know at this stage what happened until there’s been a proper investigation.’

A Kent Police spokesperson said officers were called with a report that a man in his 30s was found dead at a house in the Ramsgate area of Kent at 4.55pm on Sunday, August 27.

The circumstances are not suspicious and a report will be prepared for the coroner, police said.

Taiyah was last seen before her death hanging around a train station with friends, before her body was found the following morning.

The much-loved teenager, who had recently finished her GCSEs and was waiting to pick up her results, had been enjoying the summer with friends.

Pictured: Herne Bay railway station, where Taiyah-Grace’s body was found at 6.45am on July 26

She was returning from a night out with a group of friends when she left them to use the toilet.

They were returning from a night out in Whitstable in Kent when her pals left the 16-year-old alone on the platform of Herne Bay station just after 11pm on July 26.

Her body was found on the tracks at about 6.45am the following morning. 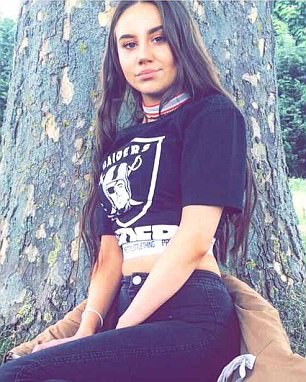 Taiyah-Grace’s father has died a month after her death

Five London-bound trains would have already passed through Herne Bay on the opposite side of the tracks that morning, the first at 4.59am.

It is believed the driver of the first Thanet-bound train spotted Taiyah’s body on the tracks after pulling into the station.

The power to the line was shut off and all trains cancelled as emergency crews descended on the station.

Taiyah was pronounced dead at the scene.

A mural was painted for the teen in nearby Margate by local artists, and a fundraising page in her memory raised more than £1,300.

More than 100 friends held a vigil and let off balloons in a tribute described as ‘a beautiful but heartbreaking moment’. 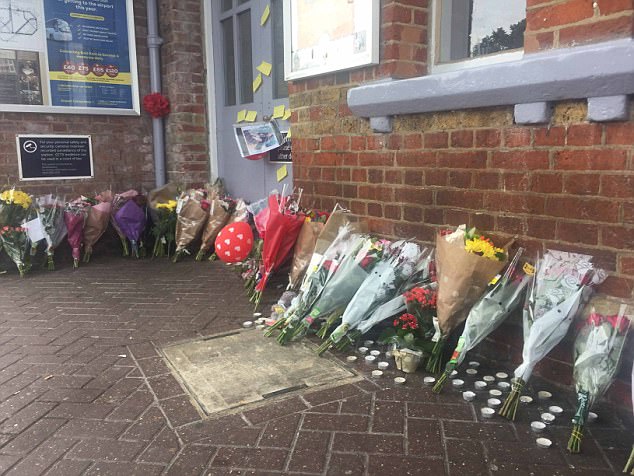 A mural was painted for the teen in nearby Margate by local artists, and a fundraising page in her memory has already raised more than £1,300. Pictured: Floral and written tributes for Taiyah-Grace at Herne Bay station