A dad of seven from North Carolina drowned as he tried to rescue two of his children who were pulled off a jetty by a wave at a state beach.

Two of Johnny Lee Vann Jr.’s children were on a jetty wall on Sunday afternoon when they were swept away by the wave at Wrightsville Beach near Wilmington.

At first, Vann, 35, was able to rescue one of his children but then found himself unable to stay above the water after he went back in for the second, Capt. Jason Bishop of the Wrightsville Beach Police Department told ABC News.

Johnny Lee Vann Jr. died while trying to rescue his children who had been swept into the water by a wave while walking along a jetty on Sunday 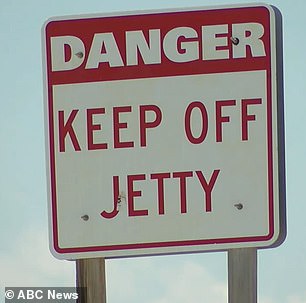 Vann was underwater for around 30 seconds before he and the other child were rescued.

CPR was performed but Vann could not be resuscitated.

‘We came from church and we went to the beach to have fun. We wound up having a tragedy. You couldn’t ask for a better person,’ Johnny’s wife Dawn Vann told WWAY.

‘You could have took anybody else,’ she said. ‘I would’ve preferred to take me than him.’

‘He never hesitated,’ she said, speaking of her husband’s heroics. ‘He threw everything down – phone keys and ran out there.’

Others at the beach ran toward him when they saw he was in trouble, but Johnny’s only concern was for his children. 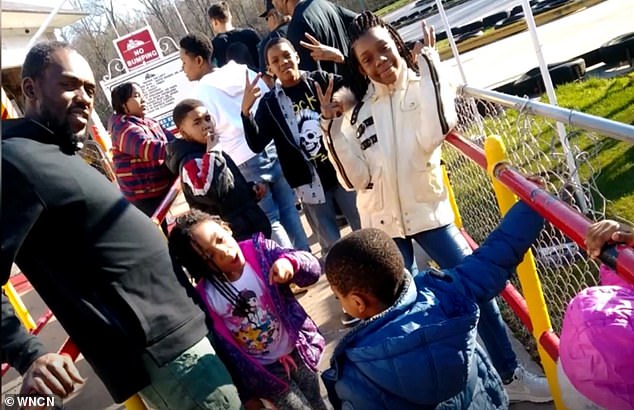 Vann was a dad to seven children, four of whom can be seen in this family photograph 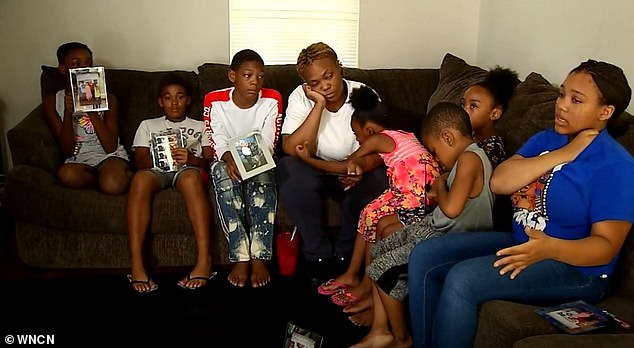 The family, at home in North Carolina, are devastated by the loss they have suffered 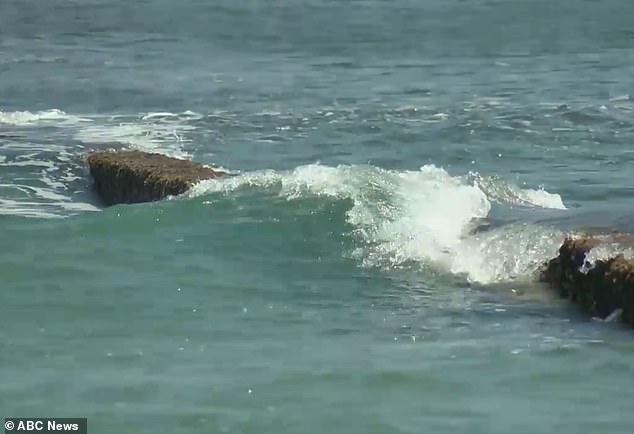 The waves regularly top the jetty making it unstable. Eyewitnesses told how Vann was attempting to rescue several of his children from the water before he went under himself

‘They could’ve easily saved him. He said, “Forget about me. Get my kids!” He didn’t care about nothing else,’ she recalled.

There were a number of people who witnessed the tragedy, including Andre Nel, a fishing captain.

‘I saw an African American gentleman sprinting towards the beach. And he dove into the water and went straight for the kid that was in the water. There needs to be a lifeguard station right here,’ Nel said.

‘If there was a lifeguard station right here yesterday, this would not have happened.’

Nel said that the jetty, along which the children were walking is particularly dangerous during high tide, and there are not enough warning signs. 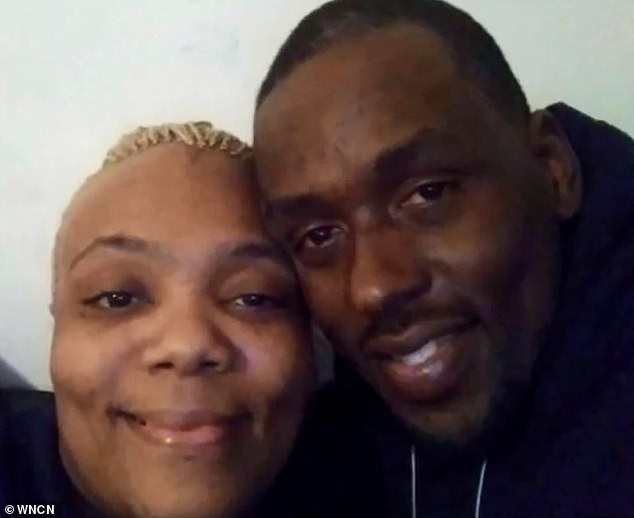 Johnny Lee Vann Jr. is pictured with his wife Dawn. ‘He never hesitated,’ she said. ‘He threw everything down – phone keys and ran out there.’ 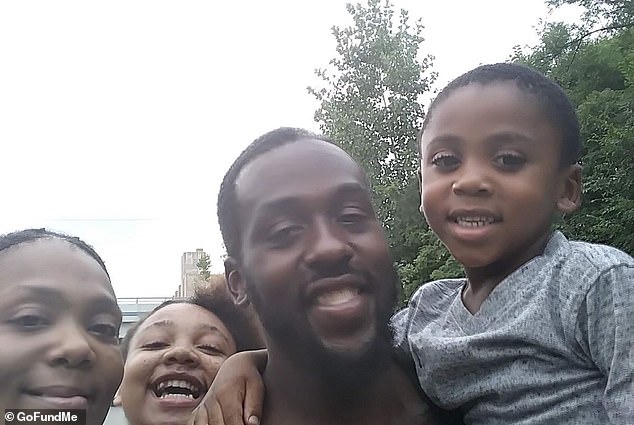 Vann went under the water for 30 seconds before he was rescued, but it was too late

‘It was horrible,’ Nel told WECT. ‘It was a horrible scene going on here. We had this gentleman lying on the ground and people screaming and this young child that he went to go and save was screaming the whole time, “That’s my daddy!” We had my little daughter and a nephew of hers and I’ve got the chills right now just thinking of it.’

‘My dad always tells us, “You all are going to be together forever,”‘ said Vann’s daughter Kierstyn.

‘His spirit is still alive and we’re all going to remember him as a hero,’ she added.

The family has now started a GoFundMe to help raise money for the funeral.