Father-of-six, 47, is found dead by his son inside his car near Lakeland, Queensland

A father who had been missing for three days has been found dead in his car at the bottom of a gully.

Andrew Simpson, 47, died in a car crash south of the Byrestown Range rest area near Lakeland in the far north of Queensland.

Mr Simpson’s body was discovered inside his car by his son Aaron who had gone looking for his father on Sunday.

He has been remembered as a ‘loving father’ who had ‘the sweetest heart’.

Mr Simpson is survived by his three children.

Andrew Simpson, 47, (pictured with his ex-girlfriend Julie Patterson) died in a car crash south of the Byrestown Range rest area near Lakeland in the far north of Queensland on Sunday 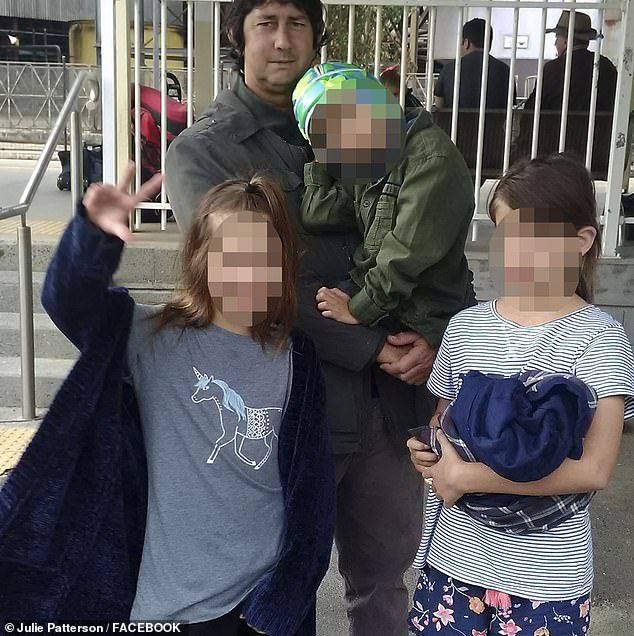 ‘It is with deep sadness and regret that today the tragic passing of Andrew ”Simmo” Simpson has been confirmed,’ she wrote.

‘Thank you to everyone who came forward with information.’

He was planning to go to Cairns by Christmas to be near his children.

On Thursday Ms Patterson appealed for information on Facebook after he went missing for three days.

He was driving a gold Ford Falcon with the plate number 385XAP.

But Ms Lampard, 30, said the family had no idea how the accident happened. 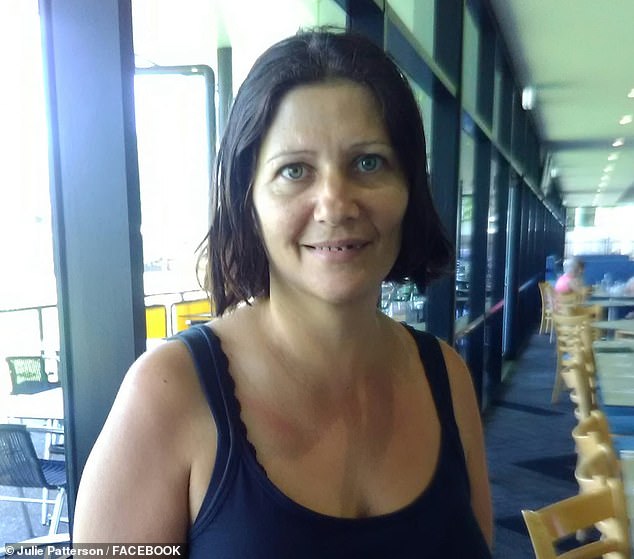 ‘It is with deep sadness and regret that today the tragic passing of Andrew ”Simmo” Simpson has been confirmed,’ Ms Patterson (pictured) said 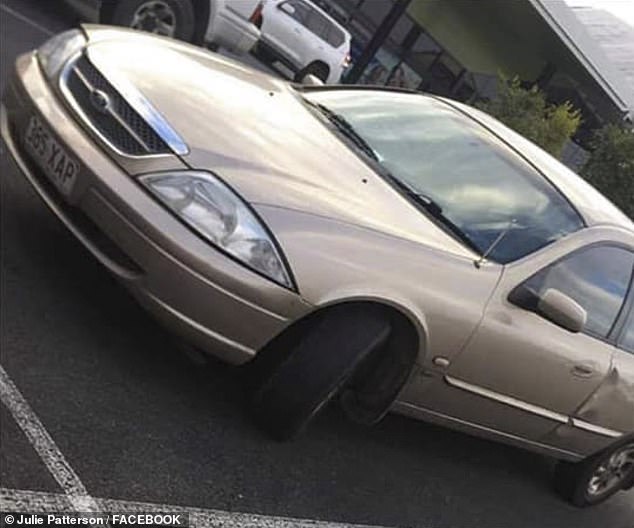 Mr Simpson was driving a gold Ford Falcon (pictured) with the plate number 385XAP, which was found in a gully with a body inside

‘At this stage, we’re still speculating what happened,’ she said.

‘She [Ms Patterson] is not coping at the moment as you can image. It’s a big shock to us all.’

Mr Simpson’s body was discovered after a driver spotted the wrecked car and reported the vehicle to police.

Aaron recognised the plate number and model after police released an appeal for information and realised the car belonged to his dad.

He rushed to the scene, where he found Mr Simpsons’ body.

‘He was the nicest person. Not a bad bone in his body. A respectful man. He loved all his kids,’ Ms Lampard said.

Ms Patterson was in Ayr, about a seven hours and 45 minutes from Lakeland, when she heard of the news. 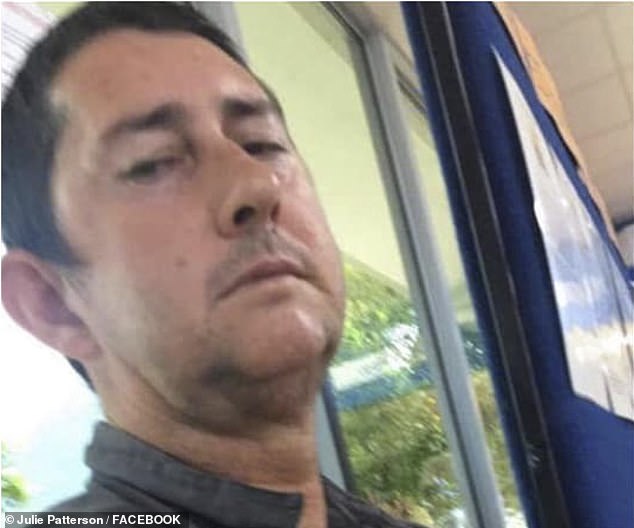 A GoFundMe page has been set up by Marilyn Burke to help Ms Patterson and her family get from Ayr to Cooktown and to raise funeral costs.