Fugitive: Jack Shepherd (pictured in police interview) is trying to overturn his sentence

The father of a woman who died in a speedboat crash is calling for justice as her killer remains on the run.

Charlotte Brown, 24, was on a date with Jack Shepherd when he invited her onto his boat docked on the Thames.

He was jailed for six years for manslaughter in July after a court heard how he was intoxicated and speeding so fast she screamed for him to slow down.

Shepherd has been on the run since his conviction and it has now emerged he has launched an appeal in a bid to overturn his sentence.

Charlotte’s father Graham Brown, 52, has criticised his daughter’s killer and says it has made a mockery out of the British justice system.

‘He’s mocking justice and clearly thinks he has nothing to lose,’ the distraught parent told The Sun newspaper.

‘People will rightly ask why a convicted criminal’s rights should outweigh Charlotte’s.

‘Shepherd hasn’t done a day of his sentence, but he’s apparently been able to put together an appeal while on the run.’

Shepherd failed to attend his trial and was sentenced to six years in jail in his absence at the Old Bailey, having skipped bail in July.

An arrest warrant was issued while Ms Brown’s devastated family called for him to face justice.

On Thursday, a Court of Appeal official confirmed Shepherd’s lawyers had lodged an appeal against his conviction and sentence.

Tragic: Charlotte Brown was just 24 when she was killed in a speedboat accident after Jack Shepherd crashed the vessel when he was intoxicated 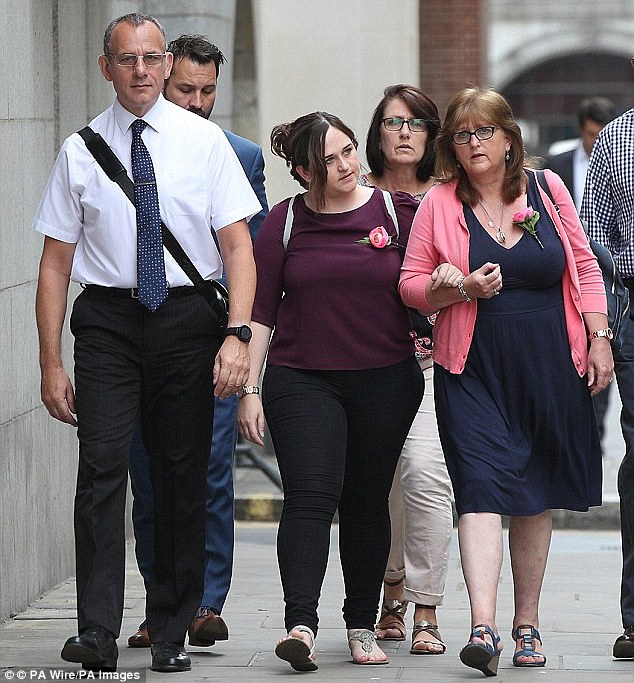 Devastated: Charlotte’s father Graham (pictured with the rest of the family leaving court) says his daughter’s killer is making a mockery out of the British justice system

Scotland Yard has confirmed the missing defendant was ‘still outstanding’.

Asked whether Shepherd had fled the country, a spokesman said: ‘We are pursuing a number of lines of inquiry.’

Ms Brown died in December 2015 after being thrown from Shepherd’s speeding boat during a champagne-fuelled late-night jaunt past the Houses of Parliament.

The court heard Shepherd had met Ms Brown on a dating website and had been trying to impress her at the end of their first date at the Shard.

After handing her the controls, the boat hit a submerged log and capsized, sending Ms Brown into the cold water.

Shepherd was rescued, having been found clinging to the upturned hull, while his date was recovered unconscious. 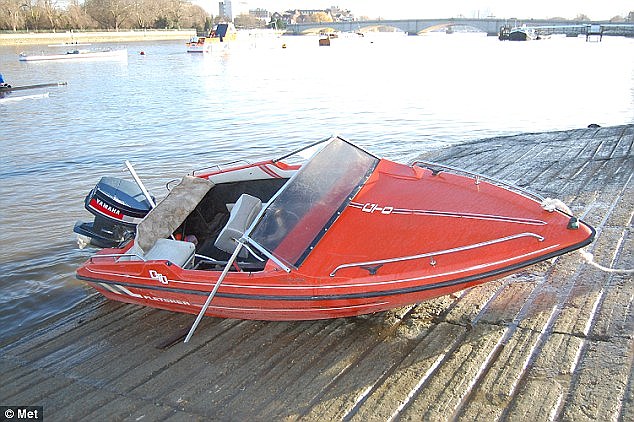 Pictured: Jack Shepherd’s speedboat which capsized on the river Thames in December 2015 leading to the death of Charlotte Brown

Prosecutor Aftab Jafferjee QC told jurors it was ‘sheer madness’ to take the boat out that night.

Jurors heard that life jackets had been tucked away, the kill cord was not connected, and the boat had a number of defects including faulty steering.

The defendant, who lived on a houseboat in Hammersmith and was originally from Exeter, had denied manslaughter.

He had informed his lawyers before the trial he did not plan to attend but continued to be in contact with them throughout.

At his sentencing, Shepherd’s lawyer Stephen Vullo QC said his client could not face the Brown family in the dock and his decision not to come was ‘cowardice’.