Father-of-three is deathly afraid of needles

Hilarious video emerged of a Louisiana man desperately pleading with his nurse to ‘wait’ before sticking him with a needle.

Meltris Smith is the father-of-three who was getting blood work done at a LapCorp in Marerro, Louisiana, when his wife Shelby pulled out her phone to capture his hilarious reaction.

Shelby is heard telling her husband to calm down as he squirms and tries to jump out of his chair before the nurse even touches him.

Meltris winces at the thought of the needle and repeatedly tells the nurse to wait, even calling for a ‘time-out’ at one point. 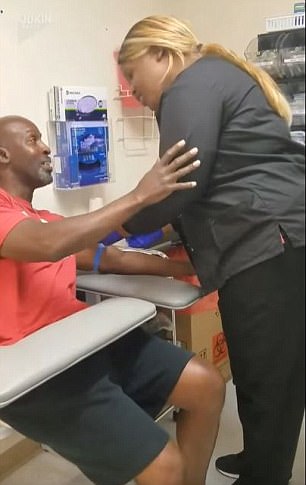 Meltris Smith is thev Louisiana father-of-three who is deathly afraid of needles. He is seen on the right pleading with his nurse to take a ‘time-out’ as she tries to do her job 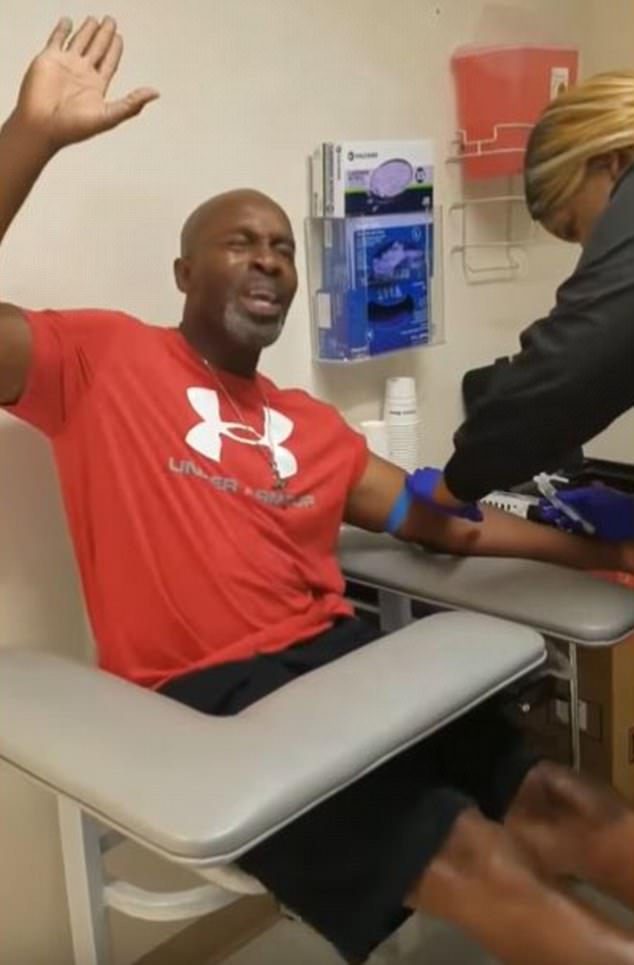 The spunky nurse seems to deal with Meltris’ antics well and tells him, ‘Look I have things to do, I have to go to lunch’.

Meltris tells her, ‘don’t touch me’ which is amusing considering it’s exactly what the nurse is there for. But the nurse finds it funny and even asks for a copy of the video being taken.

At one point the man asks if the needle is in yet, where the nurse replies, ‘It’s been in there!’

It’s unclear exactly how old Meltris is, but it may be time to get passed his fear. 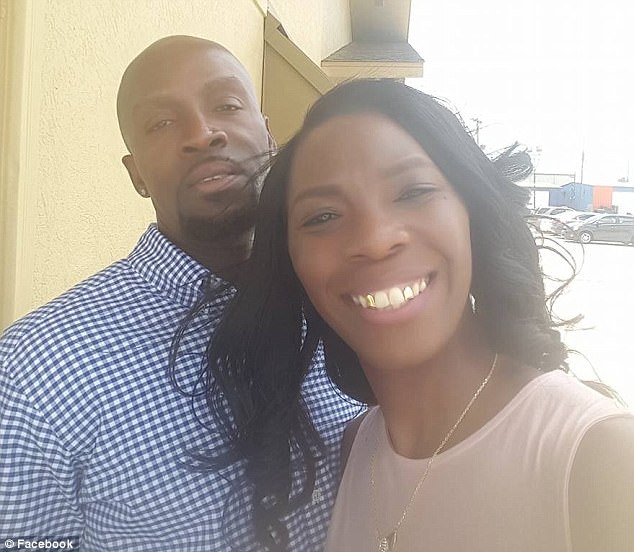 Meltris’ wife Shelby recorded the hilarious reaction and posted it to Facebook, it has since gotten almost two million views