A father-of-three who raped a homeless woman as she lay in a stupor on a shopping mall bench will be deported afters serving six years in jail.

Gloucester Crown Court heard 42-year-old Turbinca had been drinking after arguing with his wife about how much money who was sending back home to Romania.

Janine Wood, prosecuting, said CCTV showed him steal the victim’s bag as she lay in a stupor from drink or drugs in Kings Walk Shopping Centre, Gloucester.

Judge Ian Lawrie QC said the Turbina, who arrived in Britain last November, forced the woman to perform a sex act on him half an hour after stealing the bag.

The judge said: ‘All that imagery is graphically shown in the CCTV video which I have seen.

‘She was a vulnerable woman with little support in her life and you took full advantage of that vulnerability.

‘Happily, she has no recollection of what you did. I am at a loss to understand what on earth you thought you were doing.’

The court was told the victim spent her days begging and spent her nights in a homeless shelter. 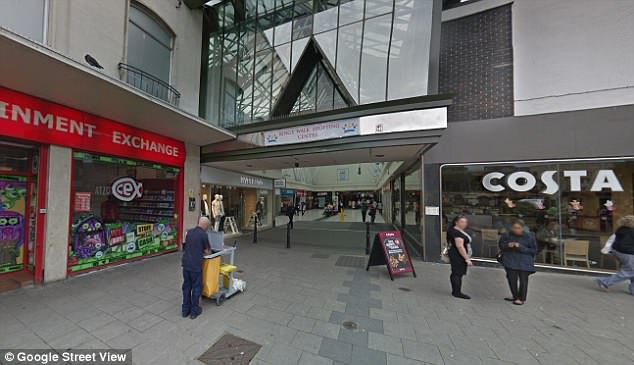 Janine Wood, prosecuting, said CCTV showed him steal the victim’s bag as she lay in a stupor from drink or drugs in Kings Walk Shopping Centre, Gloucester (pictured)

Concerned passersby had spoken earlier with the woman to make sure she was alright.

Spotting her in a comatose state, Turbinca took her bag to a nearby area and emptied it of her ‘bits and pieces’, including her clean underwear and wipes she used to keep herself clean.

‘He then returned to her. You can see him looking around – you can see his furtive nature,’ said Mrs Wood.

Judge Lawrie commented ‘There is a predatory quality to his actions. You can see him looking around with care.’

Mrs Wood continued ‘He sat next to her on the bench. He put his arm around her and on her back. She slumped over him like a dead weight onto his lap.

‘At one point she tried to sit up again but he pushed her head down onto his lap. 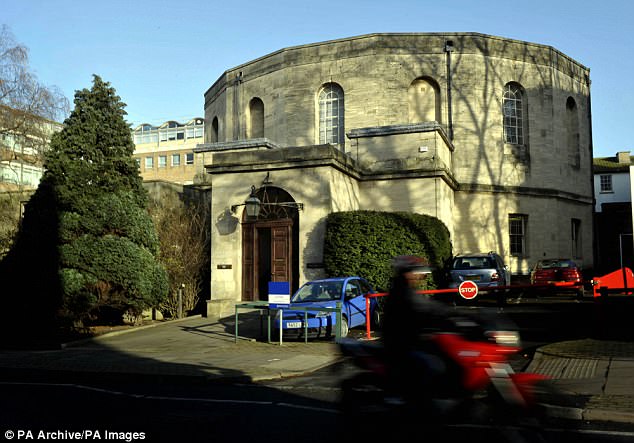 ‘Police then arrived on the scene. They had been alerted by people who clearly could not believe what was taking place.’

Sarah Jenkins, defending, said Turbinca had been working hard in the UK and not drinking for several months.

‘He was upset and went out drinking,’ she said.

‘What happened then was on impulse and was very much out of character.

‘He could see that in her condition this lady was not going to say no and he took advantage of her.’

Mrs Jenkins said Turbinca, who speaks almost no English, had been ‘very upset’ when he was shown the video of what he did.

Judge Lawrie sentenced Turbina to six years in prison and ordered that he be deported after.

He was also placed on the sex offender register for life and ordered to pay a £170 surcharge.